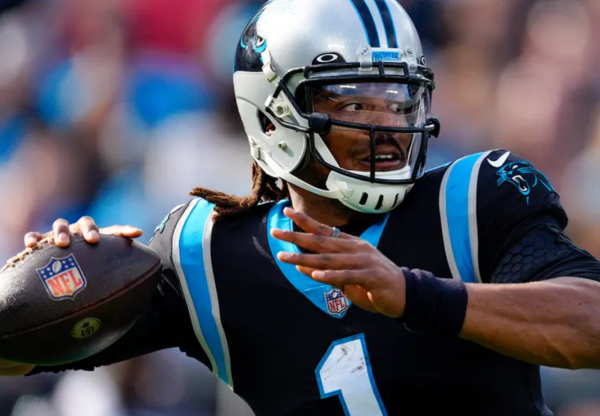 Odds on Will Cam Newton Play in the NFL Again –

With the trade of Baker Mayfield to the Carolina Panthers and the team brass already stating that the starting QB competition is open for Mayfield and Sam Darnold to win, it seems a forgone conclusion that Cam Newton’s days with the Panthers are over. Perhaps his NFL career is over as well. In this article we will publish odds as to whether he will suit up and play for any NFL team in the regular or postseason again.

Cam Newton took some mega hits in his 11 year NFL career. One game in particular comes to mind. I believe it was a playoff game at New Orleans. The dude just got pounded. I was surprised to see him pop right back up after taking hits that would have probably killed a person of average build and strength. So, it is no surprise that his career began to wind down after only 8 good seasons.

Injuries began to get the better of Newton and he only played in 2 games in his 9nth NFL season (2018). The Panthers saw the writing on the wall and let him go. The Patriots picked him up and he had a poor season (throwing only 8 TD’s and 10 INT’s in 15 games). For the Patriots, Cam was one and done.

The Panthers signed him back last year under emergency circumstances and again it was not pretty. The QB threw for just 4 TD’s and 5 INT’s and had an 0-5 record as the starting QB. It was obvious that the three time Pro-Bowler and former NFL MVP had lost more than a step. He couldn’t throw accurately anymore and he just plain wasn’t getting it done.

Now, this begs the question: Will any other team take a chance on Cam Newton? His athletic ability is not ever going to be where it was. Not only that but the guy is a handful for whichever team he plays on. There is always some drama around something he did or said in the post-game interview or off the field in general. Is it worth the hassle?

Also, Cam Newton will not be able to get more than the league veteran minimum. This is currently $660,000 per year. He could probably make more or equal money taking a job at a network. He seems well-spoken enough. And he won’t get his body pounded on any longer.

Is Cam Newton a Hall of Famer?

Cam had 8 solid years in the NFL. It was filled with exciting throws and runs. He has three Pro-Bowls under his belt and an MVP. He made it to a Super Bowl, one which his team lost. He is famous, infamous, and was a very valuable asset to the Panthers for 8 years. But, these accomplishments are not enough to put him over. His passing stats are decent but not Earth shattering. His rushing stats are great for a QB (5,000+ yards and 75 TD’s). But its still not enough. In our opinion Cam doesn’t get into the Hall nor does he deserve to. There is simply not enough meat on the bone.

I have a general disdain for most things ESPN related and that includes the Skip and Shannon show. These are two men who behave emotionally, like women do. One behaves this way because he is probably in third stage CTE. The other does so because he is old and got roped into this behavior. But, for this one topic it is worth hearing what they have to say. They do make a few valid points in our opinion.

Note: Odds not currently offered anywhere. We created these for entertainment purposes only and to reflect what we think.