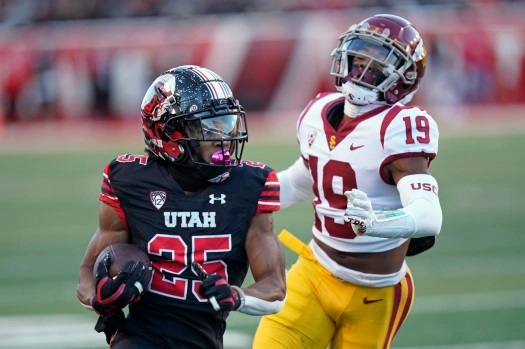 A lot of narrowing down has taken place this past week. The field to win the college football championship was basically sliced in half. Only half a dozen teams remain.

The odds don’t necessarily reflect how good a team is at this stage of the game. They incorporate the variable of a team being eliminated from playoff contention after conference championship week. For example, TCU is in a solid #4 spot at +1200 odds because all they have to do is beat an underdog KSU team and they are in. But if TCU matched up against Alabama on neutral field tomorrow they would be around two 7-10 point underdogs.

There is bound to be a wrinkle or two this weekend when all top four teams must win their conference championship game to get in. Win and you’re in, as they say. Lose and you probably go home.

All four of the top four teams are favored to win their games this weekend but USC is only 3 point favorites over Utah. That’s because Utah already beat them earlier this year. USC is -3 and the total is 67 at SportsBetting.ag

TCU are also just slight favorites over Kansas State ( TCU -2.5, 62 ). The reason for this small line is that Kansas State is really surging right now. Not only is KSU 4-1 SU & ATS in the last 5 games, but they are also 4-1 ATS in their last 5 vs. TCU. You can almost smell the upset from here.

The two games mentioned above are the ones most likely to be upsets, as mild as they may be. If TCU and USC both lose then you see Ohio State and Alabama slide into the playoffs. Most college football fans are just rooting for Alabama not to be a part of the playoffs. The public has reached “peak Alabama”.

The other two major games this weekend are fairly large spreads and the favorites should win easily:

These odds were taken from BetUS.com – signup and deposit using promo code SBA125 for a 125% bonus.