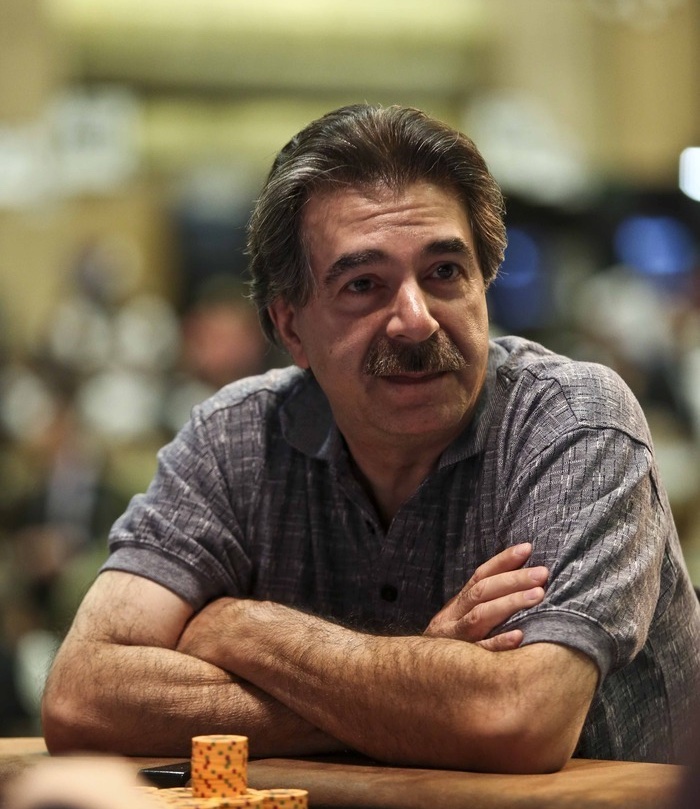 Longtime poker grinder, father, and husband Don Zewin passed away this weekend. He was 69.

The Niagara Falls native moved to Las Vegas to play poker professionally in 1979 and spent the next 40-plus years stacking chips. He will be forever attached to Phil Hellmuth and Johnny Chan after coming close to knocking out the future Poker Brat at the 1989 Main Event final table during Hellmuth’s first bracelet run.

Played with him many times. A reg at Mirage then Bellagio in the stud games. Rip.

Hellmuth knocked Zewin and Steve Lott out in a double elimination hand that put him heads-up with Chan. It only took Hellmuth a half-hour after that to win his first of 16 bracelets.

“We never played three-handed. Phil knocked out me and Steve with four players left. I got third place because I had more chips than Steve,” Zewin told Bernard Lee for ESPN in 2019. “The reason why that hand was so devastating where I was a pretty good favorite pre-flop. Had I won the hand, Johnny, Phil and I would have been all even on chips. And anything could happen from there. To get that deep, you have to be incredibly lucky…and my luck just ran out.”

Holding two red tens, Zewin was better than a 50% favorite to outright win the crucial hand against Hellmuth’s club suited AT and Lott’s two black deuces. An ace on the flop ruined his day.

“I still look back today and it hurts,” he said.

But Zewin’s poker career goes way beyond that final table.

Zewin has $1.1 million in 38 WSOP cashes and nine final tables but never finished better than third. He’s cashed for more than $1.8 million in his career, according to Hendon Mob database. His last five-figure cash came in Dec. 2019, a third place finish at a WSOP Circuit event at the Bike for a little more than $25K.

He also has more than $273K in cashes on the World Poker Tour. His best finish was fourth place for more than $189K at the Doyle Brunson North American Poker Championship in 2006. A regular at the Mirage and the Bellagio, he was a high-stakes mixed-game specialist. Most of his WSOP cashes came in mixed game tourneys, including a near win in the $10K HORSE event in 2007 when he again finished third.

He also rooted for the Buffalo Bills.

His daughter, Jenn Walsh, confirmed Zewin’s passing through social media, but details about his death or funeral arrangements were unavailable at this time. Zewin leaves a wife, Mary, and three children. We will update if more details emerge.