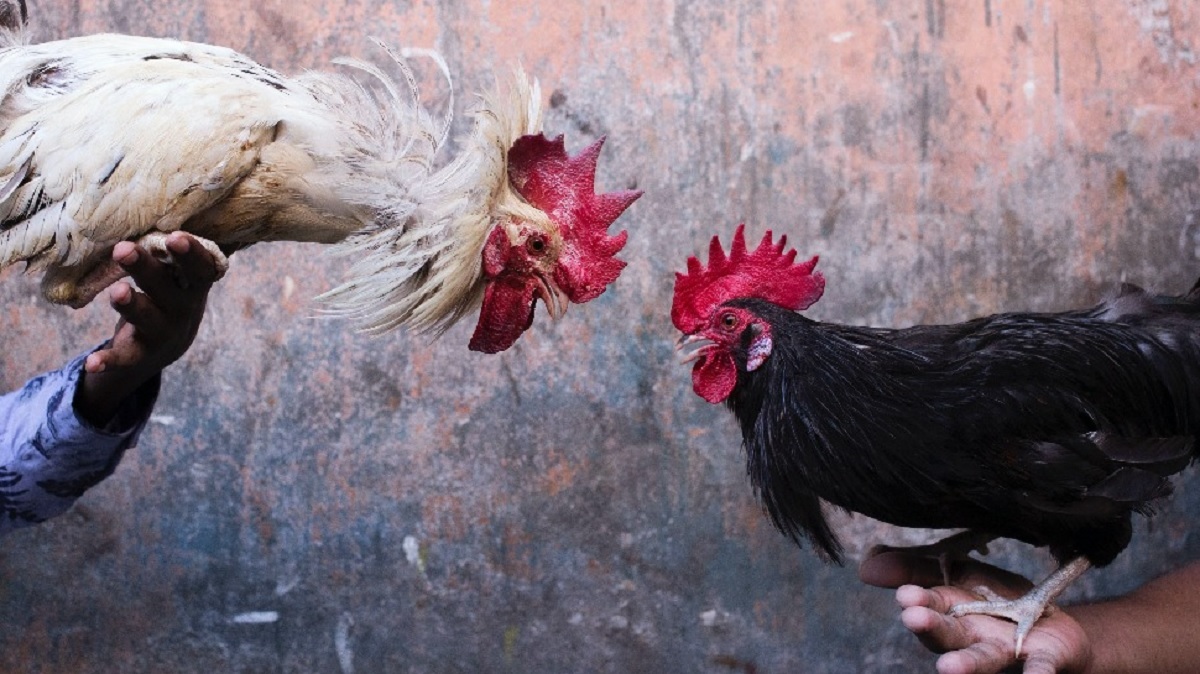 A Philippine politician has warned that online cockfighting, known as e-sabong, is part of “the new pandemic” in the country, The Manila Bulletin reports.

Two birds square off at the start of a cockfighting bout. The online version is now legal and regulated in the Philippines. (Image: Samarin Chakraborty/Unsplash)

Former House Speaker Alan Peter Cayetano made the comments at a press conference Monday as he pleaded with colleagues to reject two applications for legislative franchises sought by two e-sabong companies.

Cockfighting is ingrained in Philippine culture and has been called the country’s national sport. Its history goes back many hundreds of years.

The online version, which enables users to bet on live streamed bouts, has been around a decade. But it has exploded in popularity during the coronavirus pandemic at a time when the live version has been banned for health and safety reasons.

Cockfighting is estimated to be a $1 billion industry in the Philippines.

Feeling the financial impact from the pandemic and eager for new revenue streams, lawmakers passed a bill passed a bill in November 2020 to tax and regulate the blood sport.

Philippine nationals are prohibited from engaging in other forms of online gambling, although gambling regulator PAGCOR licenses operators that target customers in other countries. E-sabong previously operated in a legally gray area.

PAGCOR began issuing the first e-sabong licenses in May. Meanwhile, lawmakers have begun to award legislative franchises, 25-year permits that include things like off-site betting stations and live broadcasting.

Critics say this legislation is being fast-tracked with little thought to the social dangers of proliferation.

“Once we open the door to online gambling, we cannot say that only e-sabong is allowed and say that e-casinos […] and sports betting are banned. This is where we are heading,” he warned.

Denounced by the Church

Two franchises have already been approved. A third, for operator Visayas Cockers Club Inc, is currently wending its way through the House.

While the legislature backing the rollout of franchises, Cayetano has support of the Catholic Church in the largely Catholic country.

Last week, several high-level members of the clergy, including Archbishop Romulo Valles of Davao, spoke out against e-sabong. Bishop Alberto Uy of the Diocese of Tagbilaran said he was concerned e-sabong would “wreck families, incite crimes and corrupt society.”

Curiously, the cruelty of the sport does not appear to be part of the conversation in the Philippines. The bouts involve the birds fighting to the death with hooked razors attached to their talons. The animals are often injected with steroids to increase their fighting potential.