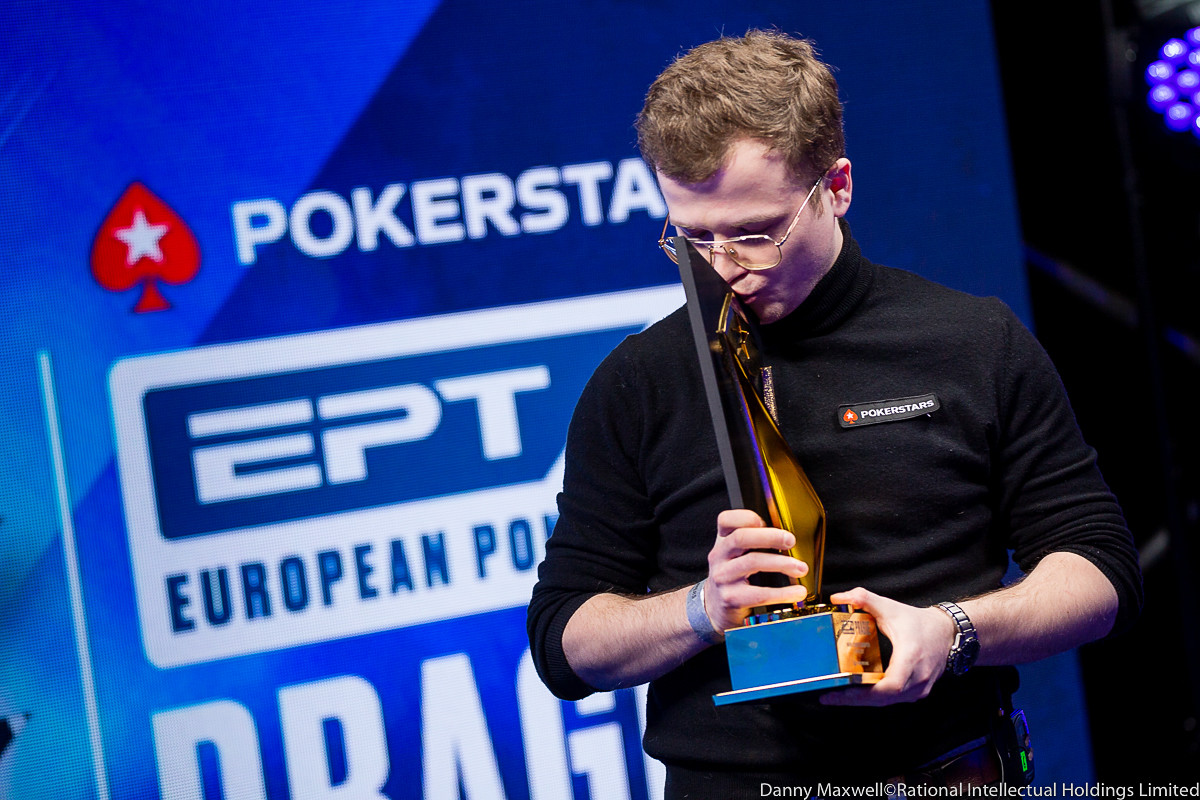 The return of the PokerStars European Poker Tour (EPT) to European soil has been a thorough success and the €5,300 Main Event in the King’s Casino at the Hilton Hotel in Prague has concluded. Out of a field of 1,190 entries, Grzegorz Glowny defeated Andrea Cortellazzi in heads-up play to claim the biggest portion of the €5,771,500 prize pool.

For the victory, Glowny earned a payday of €692,252 and the maiden post-pandemic EPT Main Event title. The top four finishers all locked up career-best prizes and agreed to an ICM deal in the second attempt after the first negotiations fell through. Notably, it was Glowny who declined the deal and became the short stack only to stage a successful comeback thereafter.

The winner story of Glowny very much reminds one of the victory of fellow countryman Piotr Nurzynski in Barcelona 2018, who qualified online at PokerStars while traveling in South America with his fiancé. Likewise, Glowny earned his entry in the Main Event via a €530 satellite and scored the biggest cash of his career. En route to victory, he was supported by a boisterous rail including his partner and became the fifth EPT champion from Poland.

Among the final four who agreed to an ICM deal was also Symeon Alexandridis and Gab Yong Kim, the latter of which locked up the biggest cash prize but was the first to depart thereafter. Armin Rezaei became the first casualty on the final day followed by Demetrio Caminita.

The former EPT champions Dimitar Danchev and Hossein Ensan were eliminated on the penultimate day, missing out on the chance to become the third two-time champion of the popular live poker series.

*The final four players agreed to an ICM deal and continued to play for €110,796 and the trophy

When asked if he can put into words what had just happened, Glowny was quite overwhelmed: “Absolutely not. It’s too much. I am too tired to think otherwise. It’s obviously a massive win.”

Glowny remarked that the pressure on the final table was very high but he was able to stay focused. He also mentioned a difficult spell when he went card dead and became the short stack. This was not unknown territory for Glowny throughout the last few days as he was a short stack near the money bubble and even dropped to as little as four big blinds on Day 4.

After the first deal negotiations fell through, Glowny was on the ropes once more but scored a pivotal double through then chip leader Kim.

“I ran ace-jack into ace-king. I don’t know if this was even a decent move or not and I got lucky. After that, my confidence was back. So, yeah, for the most part, I think I was able to be focused”, Glowny said with a smile on his face.

He has been playing poker for a few years and mainly focused on the online poker arena. In what became his first EPT Main Event ever, Glowny tasted success in the most remarkable way.

“Live tournaments are a completely new thing,” he said, but he will certainly continue to take part in live events from now on after such an amazing experience. 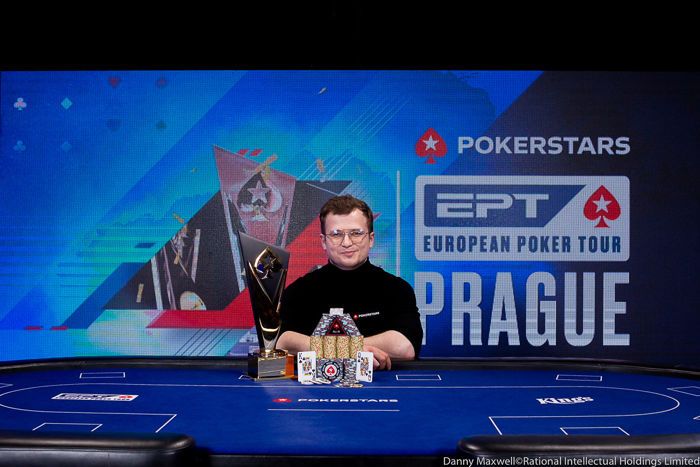 Action of the Final Day

After a topsy turvy previous day, South Korea’s Kim entered the final day with the lead and preserved it during the opening stages. Glowny then pulled to the top of the leaderboard after he knocked out Rezaei with ace-king suited versus ace-queen suited in a preflop contest. He was also responsible for the elimination of Caminita as well after winning a “fake flip and go” with pocket fives versus eight-six suited.

From there on, the action became somewhat cagey and Alexandridis stuck around with a shorter stack. Deal discussions broke out during the break but it was Glowny who declined and the action carried on. The following level saw the rise of the Greek while Glowny became the short stack only for the roles to be reversed once more.

When the final four contenders agreed to deal numbers, the action and atmosphere at the table visibly loosened up. Alexandridis went from short stack to chip leader in quick succession and Cortellazzi then doubled through him to take over control. The Italian knocked out Kim with a turned flush against two pair to become the runaway chip leader.

Glowny double twice through Alexandridis and then finished the job he had started when a dominated ace got there to knock out the Greek in third place. That set up the stage for a thrilling duel in which Cortellazzi mixed up his strategy regularly and utilized open-shoves as a weapon. This ultimately backfired when he pushed with an ace and Glowny held with pocket queens to take an overwhelming lead, the tournament then concluded in the very next hand.

This concludes a successful return for PokerStars to the live poker scene in Europe with its flagship EPT series, which is set to have the next stop in just over a month from now. The €1,100 Eureka Main Event and the €2,200 Eureka High Roller set new records in the Czech Republic and the €5,300 Main Event came up short by just three entries to achieve the same feat. From April 28 until May 07, 2022, the Casino de Monte-Carlo will once more be the host venue on the French Riviera.