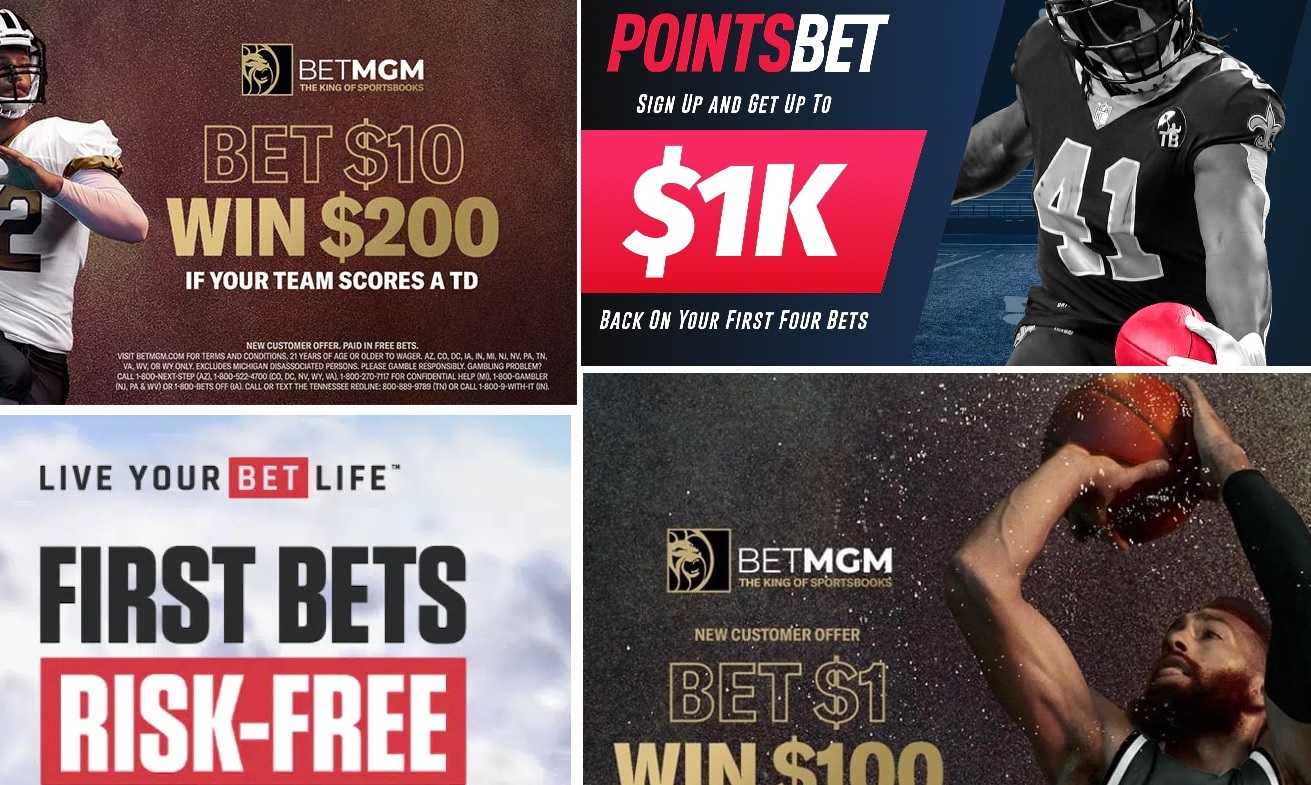 Well, that didn’t take long. Just one month after the launch of Ontario’s regulated online casino and sports betting market, two operators have been hit with financial penalties for breaching the province’s strict new laws around advertising sign-up promotions.

Ontario has imposed restrictions on promotional material offering sign-up bonuses and free bets, such as those pictured above. (Image: Casino.org)

The Alcohol and Gaming Commission of Ontario (AGCO) announced Tuesday it had fined BetMGM and Pointbet C$48,000 and C$30,000, respectively, for violating regulations on which the ink is barely dry.

The AGCO did not elaborate on the exact nature of the infractions when it announced the fines in a statement on its website. But it did say the operators had breached Standard 2.05 of its Standards for Internet Gaming.

The standard prohibits the advertising of sign-ups and other bonuses, along with promos offering “free bets.” That’s unless they appear on an operator’s own website, or through direct advertising and marketing channels that an individual has opted-in to.

Additionally, BetMGM breached Standard 2.04, which requires that advertising materials “shall be truthful, shall not mislead players, or misrepresent products.”

Ontario is one of the only jurisdictions in the world to prohibit broad public advertising of bonuses and other gambling inducements, although the UK is seriously thinking about it. And the regulator’s punitive action this week emphasizes that it is taking these advertising standards seriously.

Ontario launched the new regulated market on April 4 and currently has over a dozen operators and climbing. It’s the first Canadian province to open its gaming market up to private, international operators.

Previously, all legal online gambling was conducted by the province-owned Ontario Lottery and Gaming Corporation (OLG).

Canada has long been targeted by “gray market” operators with impunity. A market is “gray” where there is no federal or provincial law specifically banning online gaming.

There were laws stating that operators had to be licensed by a provincial government to offer gaming in a certain province. But the gray market existed on the pretext that its operators would apply for a license if it were possible to do so.

The existence of provincial gaming monopolies demonstrated online gaming could not be illegal, while also denying the opportunity for licensing.

Ontario’s regulation puts an end to this argument, and some former gray market operators are now licensed in the province. This affords them legitimate access to major advertising channels, and greater sponsorship opportunities with local sports teams or celebrities. But advertising must be on Ontario’s terms.

“The AGCO holds all registered operators to high standards of responsible gambling, player protection and game integrity, and monitors their activities to ensure they are meeting their obligations under Ontario’s Gaming Control Act and the [iGaming] Standards,” said Tom Mungham, chief executive officer and registrar at the AGCO, in a press release.

2022-05-06
Previous Post: Back the Newmarket tag team of Gosden and Haggas for double
Next Post: High Hopes for Connections of Kentucky Derby Longshot Happy Jack