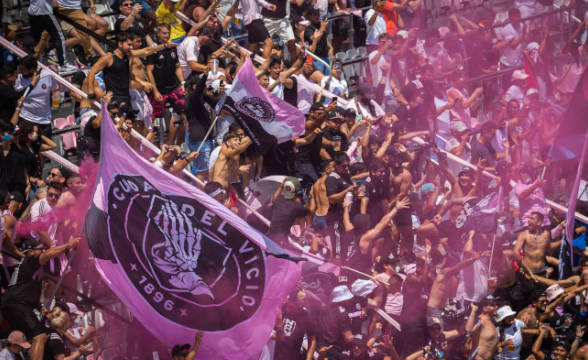 It’s time for another clash between two Florida-based franchises – Orlando City and Inter Miami. The two square off on Saturday, July 9 in what’s going to be their ninth MLS duel in history. Orlando is leading the series with three wins, with Miami winning two of their games and two finishing in a tie. What’s interesting is that those two draws happened in their previous two meetings.

The game on Saturday is going to be the first Orlando City vs Inter Miami duel in the MLS in 2022. However, these two have already met this year, although not in the league but in the US Open Cup. The scoreline was 0-0 after the regular 90 minutes, after which the game went to extra time where each team scored a goal. As a result, the penalties decided the match-winner with Orlando City’s designated player Mauricio Pereyra scoring the winning penalty.

It was a very close game, and we expect Saturday’s duel to be at least equally exciting. Oddsmakers, however, see Orlando City as an odds-on favorite; are they right to think so? That’s the question we’ll try to answer in this MLS betting preview.

Orlando City Looking to Get Back to Its Winning Ways

Even though this team is sitting in the playoff zone in the Eastern Conference, that might change if Inter Miami wins the Florida Derby on Saturday. At the moment, Orlando has only three points more than its rival from Miami.

These guys did start the season in top gear, but we saw them drop too many points in the last couple of weeks. In fact, Orlando City is 1-1-3 in the previous five MLS rounds, coming into the interstate derby after back-to-back losses.

The worst thing is that the teams Orlando City lost to aren’t real MLS heavyweights. FC Cincinnati, who beat Orlando 1-0 some two weeks ago, is just one spot higher in the standings. Then, there’s DC United, a team that beat Orlando 5-3 in the previous round. This team is currently sitting just one spot away from the bottom of the Eastern Conference table.

With a 3-1-1 record in the previous five MLS games, it’s not an overstatement to say Inter Miami is playing brilliant soccer. Although David Beckham-owned team is far from being an MLS Cup favorite, these guys keep improving all the time.

Even though their first-choice goalie Nick Marsman is out with an injury, Inter Miami players have been doing a decent job in the defense. The evidence of this is that they’ve conceded 26 goals in 17 games. In comparison, Orlando City has allowed 28 in 18 MLS matchups.

The biggest problem for Inter Miami this season has been their offense. These guys have put away just 18 goals thus far, which is better than just one team from the Eastern Conference. The reason why this is so surprising is that Inter Miami has Gonzalo Higuain on the roster. The former Serie A top scorer has scored just two goals for Inter Miami in the 2022 MLS.

Our prediction for the Orlando City vs Inter Miami game is that this is going to be a real barnburner. We should see plenty of goals, possibly on both ends. But which team will win? Although oddsmakers think it’s going to be Orlando City, we have to disagree. We Inter Miami players have what it takes to grab all three points on Saturday.

Hit on a bunch of other games here:

How I'm betting one of the best matchups of the young season: https://www.thelines.com/college-basketball-best-bets-texas-illinois-odds-picks-predictions-2022/

As the playoff picture starts to take form in the NFL, check out where our Staff ranks your favorite team.
#NFL #PowerRankings #NFLPlayoffs #NFLWildCard

New episode of Outside Shots!

Listen, rate and subscribe wherever you listen to podcasts!