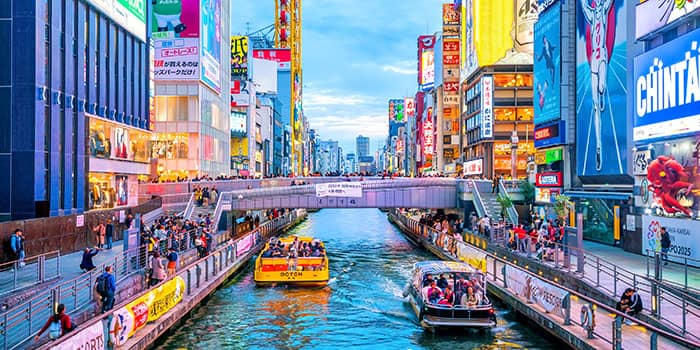 Osaka IR Land Lease Could Run at $18M a Year

At the start of December, the proposal for an integrated resort (IR) project in Osaka gained more traction as Noboyuki Baba MP asked lawmakers to urgently give the project the green light by the end of 2022. At the start of December, the governor of Osaka prefecture explained that, currently, the proposal for the new IR would remain open between the fall and winter of the financial year 2029.

The governor also explained that the respective date had not been influenced by the extended examination completed by the national government of Osaka. More recently, Osaka’s mayor Ichiro Matsui has announced a potential yearly land lease for the gaming resort: JPY2.52 billion ($18.3 million).

The Japanese businessman and politician who is the current mayor of the second largest city in Japan explained the figure was generated based on reports from four different real estate appraisal companies. Matsui explained that they asked four different real estate appraisal companies to come up with a suggested price for the lease. However, all four companies told the mayor that they could not suggest a different price that would specifically suit the purposes of an integrated resort. Accordingly, Matsui asked the companies to suggest a lease based on an “ordinary commercial development purpose.” He considered this approach to be a “legitimate and reasonable way” of completing the appraisal.

Osaka Operators Have Spoken: Leasing Instead of Selling

Matsui also explained that prior to the completion of the appraisal process, several operators had expressed their desire to see the city lease the respective land where the new integrated resort would be built instead of selling it.

The project would be developed on the artificial island of Yumeshima located in Osaka Bay in Osaka. The total cost of the investment has been approximated at JPY1.08 trillion ($7.90 billion).

Osaka has partnered with casino operator MGM Resorts International in the US and Orix Corp in Japan, choosing them as its private-sector partners in their efforts to build the new casino resort. MGM Resorts Japan’s chief executive officer discussed the planned project, expressing their expectations that the IR would contribute $775 million to local taxes.

In November, the national authorities wanted additional information regarding the proposed project for the new project. Japan’s Minister of Land, Infrastructure, Transport, and Tourism, Tetsuo Saito, believes the Osaka IR would help Japan turn into a “tourism-driven country.”