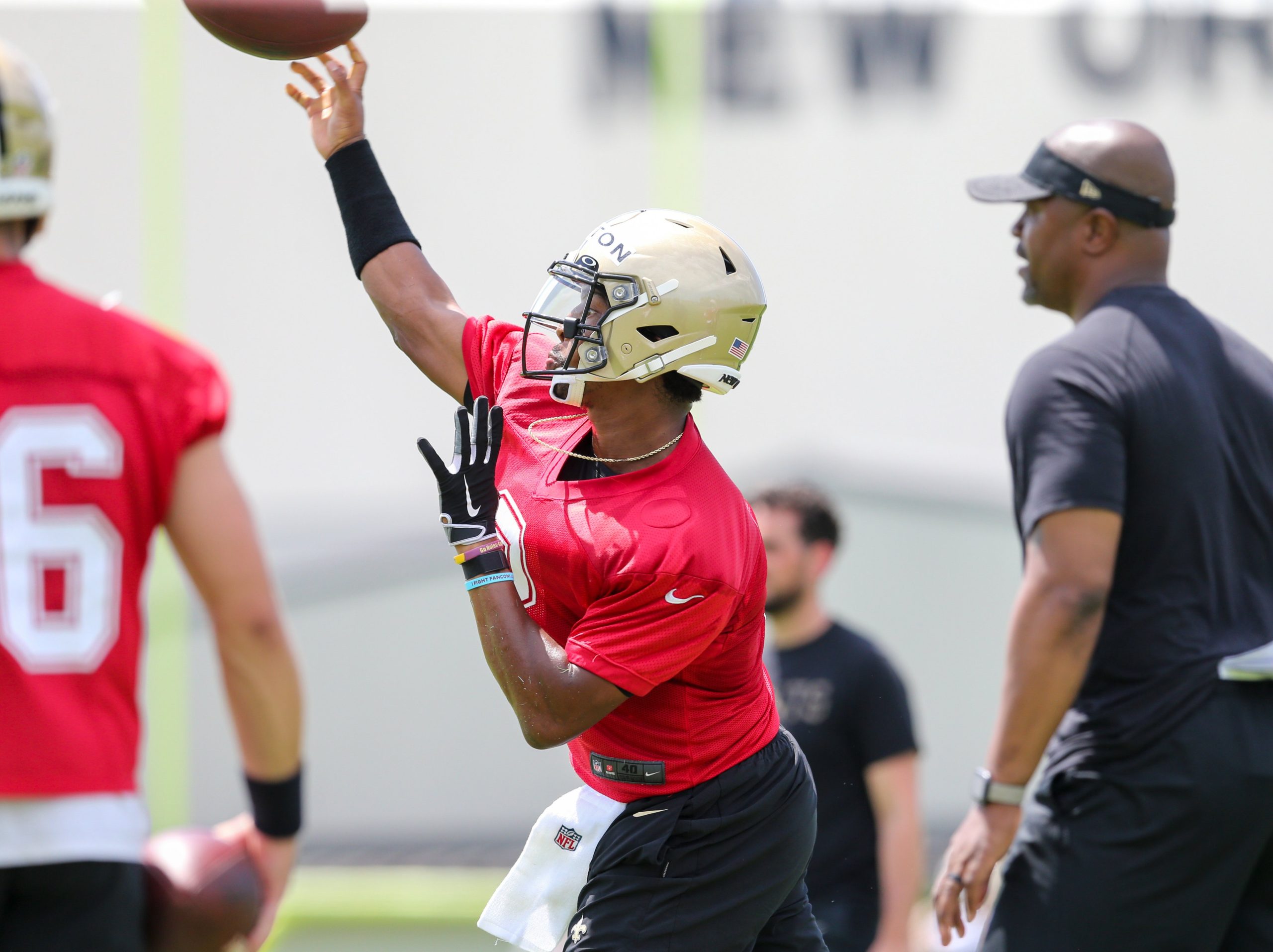 It’s mainly guys throwing passes against no rush and no defenders, so everything we saw at the recently-completed first round of organized team activities (OTAs) should be taken with a grain of salt. They’re (theoretically) NFL-worthy quarterbacks, so they’d better look good when what they’re facing are not defenses.

However, there are some worthwhile observations, and some things that we can glean regarding the 2022 regular season from workouts which concluded as May concluded, so…

One of the things which made it possible for the Tennessee Titans to deal A.J. Brown on the day of the NFL Draft had been their March trade for wide receiver Robert Woods. Woods isn’t on Brown’s level, and he’s coming off a torn ACL, which limited his value to only a 2023 sixth-round pick.

Prior to his injury, Woods was putting together another fine year to go along with his nearly 1,100-yard average his previous three seasons. Woods also appears to be well ahead of schedule in returning from the ACL tear that cost him a chance to play in the Super Bowl.

Saying that he feels good right now, Woods looked good running routes and catching passes at OTAs. So, he should be ready to go when the season kicks off in September.

According to NFL odds, Tennessee is priced at +145 to repeat as AFC South champs.

With new faces like rookie Chris Olave and veteran Jarvis Landry, Winston had an opportunity to build on-field chemistry with his 2022 wide receivers. There’s no quarterback competition in New Orleans this season, so Winston can just focus on getting himself right physically and working with his team.

It’s as if the Jacksonville Jaguars have three first-round rookies this season. They finally chose Travon Walker with the first overall choice in 2022, then Devin Lloyd with the 27th selection. They’re also getting back Travis Etienne, the 25th pick of the 2021 draft.

Etienne never played in a meaningful game as a rookie, suffering a Lisfranc fracture in the Jags’ second preseason game. This past week at OTAs, Etienne was back, and he looked as fast as always. Also, gone is the move to wideout that former head coach Urban Meyer made last season. Now, under Doug Pederson, Etienne is a running back.

Running back James Robinson is still working his way back from a December torn Achilles, and when he is healthy, Robinson and Etienne will give the Jags a dangerous 1-2 punch on the ground.

Jacksonville is currently priced at +700 to win the AFC South.

Kenny Pickett of the Pittsburgh Steelers is the rookie quarterback with the best chance of playing in the opening week of the season. He was the only quarterback taken in the first round, and two quarterbacks ahead of him are named Mitch Trubisky and Mason Rudolph.

However, they are indeed ahead of him, as Pickett took third-team reps with the Steelers at OTAs. If he can quickly learn the offense, there’s a chance Pickett can supplant both by the end of the summer.

Despite his June status, Pickett is the Offensive Rookie of the Year betting choice at +350.

Marcus Mariota is the current first-team quarterback in Atlanta, but those with the Falcons agree that rookie Desmond Ridder is the hope for the future.

With Ridder and eighth overall selection Drake London both coming into the league at the same time, coaches in Atlanta are already seeing a special bond and relationship form between the two players. That will only mean good things for the Falcons’ offense, and good things for Ridder’s prospects to be the starting quarterback in 2022.