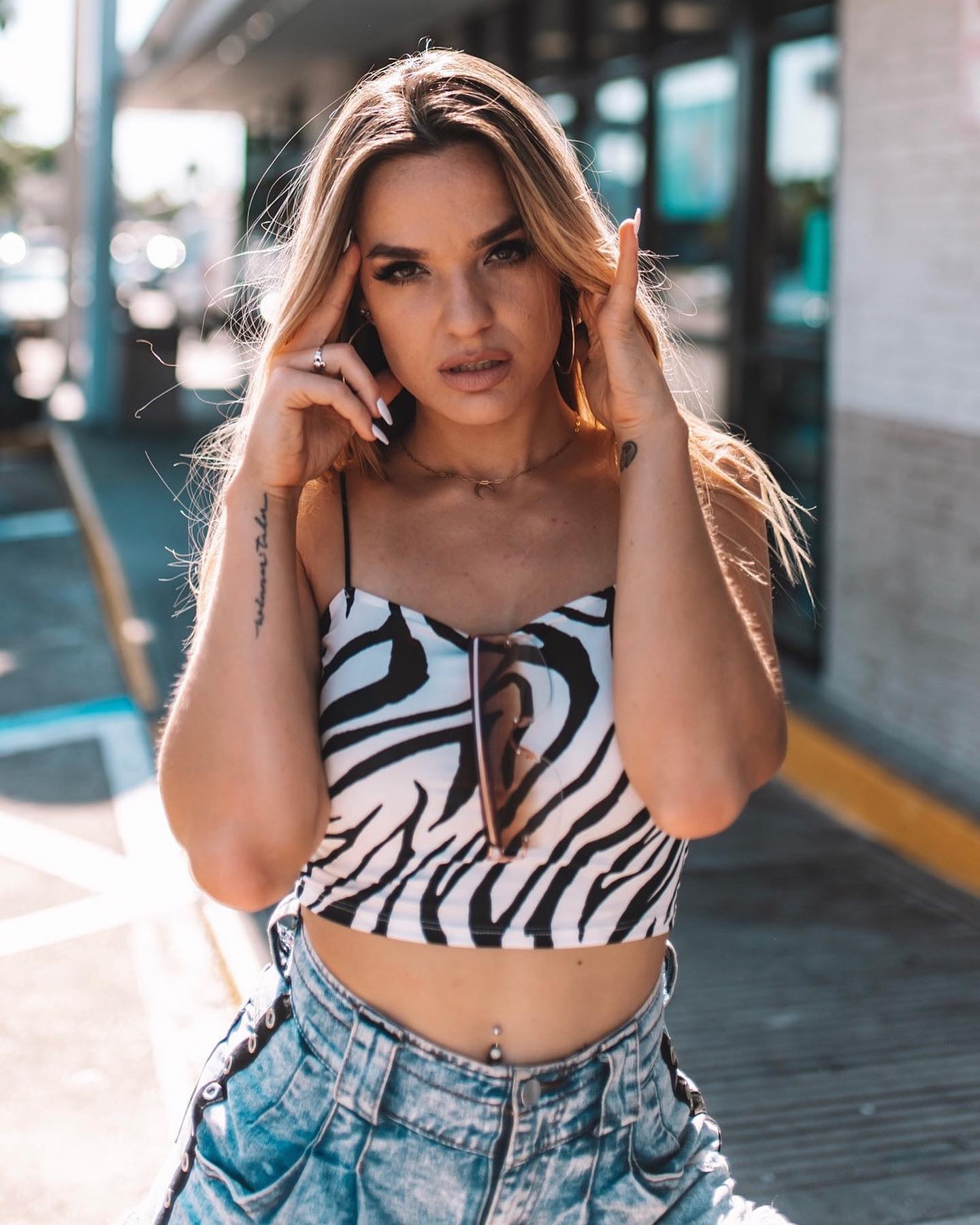 A man allegedly put his hand up a woman’s skirt and sexually assaulted her recently at The Palazzo in The Venetian Resort, the victim charged on social media. The incident apparently took place last week in Las Vegas, but has gotten national attention after videos were posted on TikTok.

Ariel Lyndsey in a 2019 photo, pictured above. She reported she was groped recently while at The Palazzo in The Venetian Resort in Las Vegas. So far, no arrest was made, but a video showing the moments after the incident went viral. (Image: Facebook)

As of Monday, a TikTok video of the minutes following the attack was viewed 8.2 million times. It got 1.2 million likes since Saturday.

The victim, Ariel Lyndsey, is seen in the video confronting the alleged suspect and slapping him in the face moments after the alleged attack. She later asks him to apologize.

She previously confronted the alleged assailant after the groping.

Don’t fu***ng touch me,” she yells at the man as seen in the video. “Get the f**k out of here,” she added. The man had a smirk on his face after he was slapped by the victim.

“He literally grabbed my f****ng ass,” she was heard saying seconds later on the video. “What a “f****ng sicko… He literally put his hand up my f*****ng skirt.” She classified the attack as a sexual assault.

Lyndsey and female friends tried to keep the man from fleeing. They said it took five minutes for the casino’s security staff to respond. One casino employee attempted to assist the victim right after the incident and tried to stop the man. But the suspect ran off.

Eventually, the alleged assailant was apparently detained, identified, and questioned by casino security, Lyndsey said. It took three additional days for casino security to get Metro police on the phone, she further claimed.

The suspect was not charged nor was he arrested, she adds. But she says she will press charges and will appear in local court to testify against the man if needed.

While in a restroom it appears the assailant told other men that the woman making the charges was “crazy,” according to a witness who came to assist the three women.

No One Gets To Grab a Woman

Since the incident, some social media posters tried to blame the victim for the attack. She was wearing a shorter, snug black skirt, and her cleavage was showing that evening. But Lyndsey and her two friends offered a stern warning for those making such statements.

It doesn’t matter how you’re dressed, you don’t get to grab a woman,” one of the victim’s friends said in the video.

The women chose to post the video on TikTok to spread awareness of the criminal issue. They also wanted the alleged assailant’s identity and face to be known in case he did not get caught, Lyndsey said. She acknowledged in a later video she was “loud and aggressive” in her response. But that was needed to get action, she adds.

She said a similar incident took place a year ago in Santa Monica, Calif. while she was walking on a sidewalk. She regretted not filing a charge in that incident.

Victim in Vegas for Trade Show

One of her two female friends, identified as Shannon, immediately began filming the incident via a cell phone. The victim, who was shaken and crying, was comforted by her friends soon after the attack.

The trio were in Las Vegas in connection with a work-related trip associated with the Magic fashion trade show. They were heading for dinner when the attack took place.

The Venetian Resort Las Vegas issued a statement to Casino.org on Monday which said the man involved in the incident cannot return to the property and the casino is aware of the situation.

“While we do not comment on ongoing investigations, please know that our Security Team took action to identify the suspect and are working with the Las Vegas Metropolitan Police Department on their investigation,” a casino spokesperson said.

“We take allegations of assault very seriously and have a zero-tolerance policy for this behavior,” the statement adds. The spokesperson referred additional questions to Metro police.

2022-02-22
Previous Post: Denmark Supports Lotteries and Suppresses Match-Fixing in a Single Sweep
Next Post: Court, Oldest Rider to Compete in Kentucky Derby, Aiming for Return at Age 61 With Ben Deisel