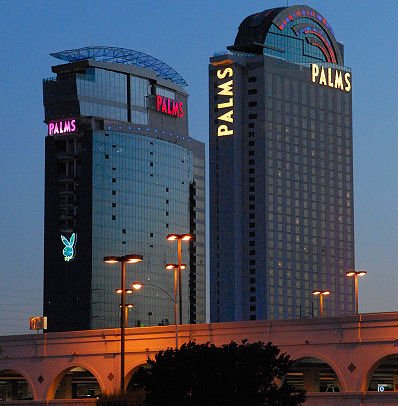 The Palms in Las Vegas reopening, a possible Live! Casino coming to Orlando, and two, separate purchases of online gaming companies in the US and Italy are just a few of the blinds and antes CardsChat picked up during another orbit around the poker world over the past week.

A developer wants to build a Live! Casino outside of Orlando. (Image: The Cordish Companies)

A Florida businessman is partnering with The Cordish Companies to turn an old jai lai fronton into a casino with a poker room in a suburb of Orlando.

Richard Birdoff, president of New York City-based RD Management, which owns the fronton building and the 40 acres surrounding it, wants to add a Live! Casino and poker room to plans for apartments, condos, retail, and office space in Fern Park, Florida.

Voters in Seminole County must approve the plans for the Live! Oxford Center in a referendum. Lawyers for the RD Management and The Cordish Company will ask county officials to place the referendum on November’s General Election ballot in the upcoming months. RD Management already submitted plans to the county to redevelop the blighted land with 1,100 apartments and 72,000 square feet of commercial space soon after it bought the property for $2.5 million in 2010, according to the Orlando Sentinel.

Plans have stalled as the county has been slow to replace sewage and water lines needed to handle such a large development. The Cordsih Companies owns or manages dozens of casinos and entertainment facilities across the country, and a new Live! Casino poker room just opened outside of Pittsburgh last week. 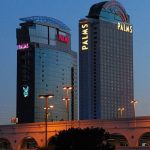 The Nevada Gaming Commission approved the $650 million sale of The Palms to the San Manuel Gaming and Hospitality Authority from Red Rock Resorts during its regular meeting this month.

Closed since March of 2020, it will reopen in February or March 2022, according to a company representative.

San Manuel Gaming and Hospitality Authority, owned by the San Manuel Band of Mission Indians, initiated the purchase in May. The company operates the Yaamava’ Resort & Casino at San Manuel, which was known as San Manuel Casino for 35 years until a rebranding this fall. Thursday’s decision will make them the first Native American tribe to operate a casino in Las Vegas.

“The Palms is a well-designed property which has been beautifully redeveloped and maintained by Red Rock Resorts. Our Board believes that the Palms is a casino resort that many of San Manuel Casino’s loyal guests would enjoy,” said SMGHA Chairwoman Latisha Casas in a press release. “We are excited to move forward with this transaction.” 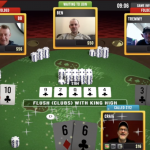 The company owns and operates three casinos in Alabama and four more in Pennsylvania, Nevada, Aruba, and Curacao. “The acquisition of FlowPlay into the PCI Gaming portfolio allows us to build opportunities and economic development in new ways, and this provides for our continued growth. We look forward to expanding into this exciting digital space,” Poarch Band of Creek Indians Chairwoman and CEO Stephanie A. Bryan said in a news release. 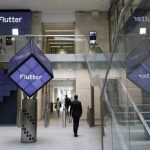 Sisal generated $280 million in 2021, with 58% coming from its online offering and the remainder coming from a combination of retail and lottery operations. All but 10% of its revenue was generated in Italy, according to CVC Capital Partners Fund IV. Sisal’s online revenues have grown by a compound annual rate of 34% since 2016, according to the same release.

Images courtesy The Cordish Group, Flutter, FlowPlay, and The Palms.