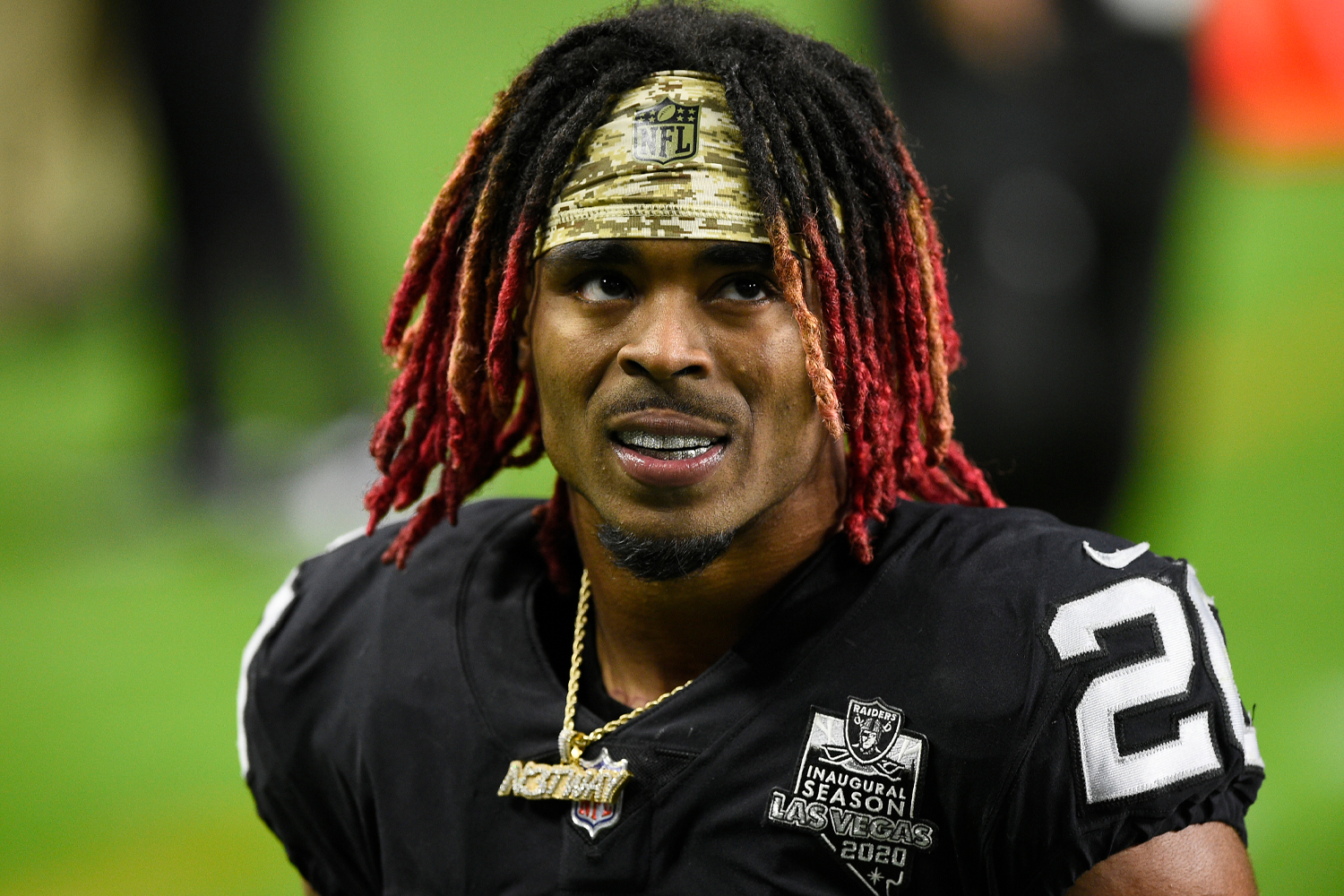 Former Las Vegas Raiders cornerback Damon Arnette was booked on several charges Friday evening after he allegedly drew a gun at a valet at the Park MGM, located on the Las Vegas Strip. The 5:45 pm incident stemmed from him trying to claim a car without having a ticket, TMZ reported.

Former Las Vegas Raider Damon Arnette, pictured above. He once again is in legal trouble. He was arrested Friday after he allegedly pulled a gun on a valet worker at the Park MGM located on the Strip.(Image: Getty Images)

Arnette, 25, was arrested on multiple counts. They include assault with a deadly weapon, carrying or concealing a gun without a permit, possession of marijuana or cannabis, and possession of a class one or two-level controlled substance, according to Clark County Detention Center records quoted by KLAS, a local TV station. He was held overnight at the detention center and was released Saturday after posting bail.

Another man connected to the incident, Markell Surrell, 20, was arrested for allegedly carrying or concealing a weapon without a permit. He, too, made bail. Both men were given court dates of March 29.

Because of the incident, Arnette was released from his reserve/futures contract by the Kansas City Chiefs, CBS News reported on Saturday.

It is not the first time he was let go by a pro team. In November, Arnette was cut by the Las Vegas Raiders. That was prompted by him being seen in a TikTok video allegedly threatening someone while brandishing three firearms.

In a still earlier incident, a valet worker at the Aria Resort & Casino sued Arnette in June. Arnette allegedly attacked Sonny Flores the prior month. Flores claimed he suffered mental stress, anguish, pain, and suffering from the attack, the Las Vegas Review-Journal reported. Arnette allegedly spit at Flores, poked him in the chest, and was verbally abusive.

The incident began when Arnette tried to retrieve a car without a ticket. He was allegedly intoxicated at the time. The suit also includes ten unnamed people in Arnette’s entourage who allegedly joined in the abuse.

Arnette denied the lawsuit’s allegations. But in December Flores filed a motion to drop the case.

In 2020, Arnette was involved in still another controversy. It stemmed from a car accident in Henderson, Nev. He allegedly fled the scene. He is being sued by the woman in the other car, Yaneth Coromoto Casique, who suffered injuries, TMZ said.

Arnette was the 19th pick in the 2020 NFL Draft. Earlier, he was a standout football player at Ohio State.