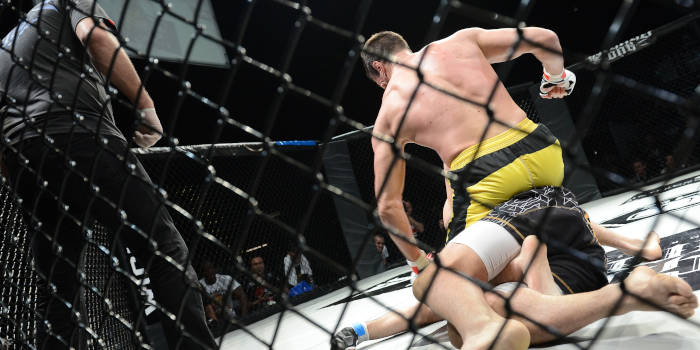 Patricio Freire a.k.a. Patricio Pitbull is the highest-ranked fighter in the Bellator men’s pound-for-pound rankings. The younger brother of Patricky Pitbull is the reigning champion of the featherweight division in this promotion, with three successful title defenses.

His championship belt isn’t at stake in the Bellator MMA vs Rizin event, but his reputation is. Many MMA pundits think of him as the best featherweight fighter outside the UFC. Beating his Rizin rival on New Year’s Eve would strengthen that opinion. But can he do it?

Patricio Pitbull is 34-5 overall with 11 wins by KO/TKO, 12 by submission, and 11 by decision. These numbers show that he’s a well-rounded fighter with amazing stamina. He’s great striking-wise and is incredibly agile in the cage. Patricio’s takedown defense is amazing, and so is his grappling technique. No surprise there, as he’s a black belt in Brazilian Jiu-Jitsu.

The Brazilian-born Japanese fighter is 31-5-1 in his professional career with just one loss in more than seven years. The loss in question happened against Mateus Gamrot in the fight for the KSW Featherweight Championship belt in 2018. The Polish fighter beat him by decision after five rounds of intense fighting.

Since that loss, Kleber Koike Erbst is 7-0, with his most recent fight bringing the Rizin Featherweight title his way. It happened on October 23, 2022, when he beat Juntarou Ushiku by submission.

It was his 27th win by submission, which is his preferred method of victory. With a 2nd-degree BJJ black belt and extensive experience with submission grappling, Kleber is one of the best submission artists among featherweights on the entire planet. But can he submit Patricio Pitbull?

Patricio Pitbull needs to make sure his opponent comes nowhere near him. Luckily for the Bellator MMA representative, he’s great when it comes to punching and kicking. We think he also has the skills to prevent Kleber from taking him down to the floor, which could prove crucial for winning this fight.

2022-12-29
Previous Post: Man Who Gambled $2.4M Faces Allegations of Running a Ponzi Scheme
Next Post: A Year to Remember: Looking Back at the Best Horse Racing Moments of 2022