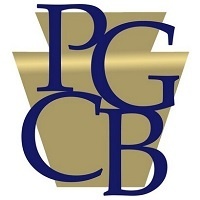 Pennsylvania Casinos Fined Over $65,000 • This Week in Gambling

Four Pennsylvania casinos have been fined for a variety of violations, this according to the state’s Gaming Control Board. The fines were approved late last week.

The Mohegan Sun Pocono Casino received a fine of $10,000 for failures in self-exclusion, and the Rivers Casino Pittsburgh was fined $7,500 for using revoked software on some slot machines. The more serious incidents at Pennsylvania casinos were at the Hollywood, who’s owner was fined $40,000 for over serving of alcohol. And the Rivers Philadelphia saw their owner fined $10,000 for permitting underage gambling.

In the more serious violations, a guest at the Hollywood Casino was served 17 draft beers in less that 13 hours. That guest later fell and was injured. Then, on another occasion, a guest was served 5 mixed drinks, 3 shots and a beer in the period of less that 3 and a half hours. That guest assaulted two other guests and two security guards.

The $10,000 fine for underage gaming occurred at the Rivers Casino Philadelphia when an incident where a 20-year-old person was able to not only access the gaming floor, but actually participated gambling at the tables.

Additionally, the Mohegan Sun Pocono failed to stop a player who had self excluded from gambling to play slot machines. According to Pennsylvania casinos regulations set forth by the Board, casinos must identify self excluded guests and prevent them access to games.