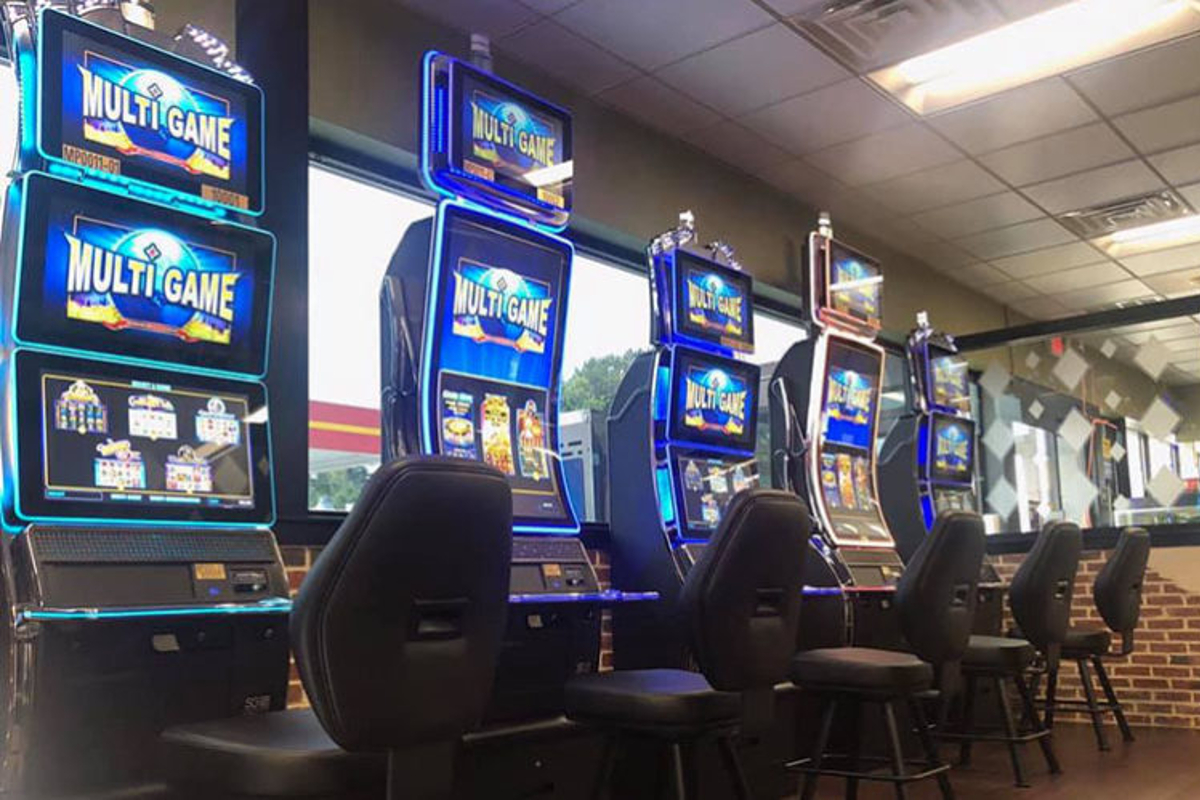 A Pennsylvania lawmaker says gas stations and truck stops shouldn’t have to sell a certain amount of diesel fuel each month in order to qualify for video gaming terminals (VGTs) inside their businesses.

Video gaming terminals (VGTs) inside a Rutter’s convenience store in York County. A Pennsylvania lawmaker wants to allow the gaming machines to be placed inside gas stations and convenience stores regardless of how much diesel fuel they sell. (Image: CStore Decisions)

State Rep. Seth Grove (R-York) believes the state’s 2017 expanded gaming act that requires a gas station to sell on average at least 50,000 gallons of diesel fuel each month to qualify for VGTs is an unfair statute. Grove says any licensed gasoline and/or diesel station should be able to incorporate gaming terminals if the state wants to allow larger truck centers to be engaged in gaming.

Linking a licensee to a commodity makes no sense. Think of it this way, would the commonwealth link a tavern license to how many wings a tavern sells per month?” Grove wrote in a memo seeking co-sponsors for his forthcoming proposal.

Grove, who calls himself “the Architect” on his social media, represents York County where Rutter’s calls home. The dairy and convenience store company currently operates 18 diesel truck stops that have been authorized to offer VGT machines.

Rutter’s has bet big on gaming since Pennsylvania authorized VGTs inside certain truck stops. But while the company has 18 VGT gaming parlors, an amendment to the state’s gaming laws like what Grove is proposing could allow Rutter’s to place gaming terminals inside dozens of more local convenience stores throughout Central Pennsylvania.

There will be plenty of opposition to Grove’s measure should he follow through with introducing such a VGT amendment. Pennsylvania casinos have heavily opposed previous efforts to expand VGT operations across the commonwealth.

Representatives of the state’s 12 licensed brick-and-mortar casinos also contend that any expansion of gaming at this juncture would be unwarranted. The state gaming industry’s lobbying arm — PA Against Gaming Expansion — also has dire concerns with the ongoing proliferation of so-called “skill games” that are widespread inside bars and restaurants, grocery stores, and non-VGT gas stations.

The unregulated skill games require the player to identify a winning payline, which differs from a traditional slot machine or VGT that automatically pays out on a winning reel.

The terminals, commonly branded “Pennsylvania Skill,” are not regulated by the state nor generate any tax revenue. Instead, skill gaming profits are split among the terminal manufacturer, route operator, and host business.

VGTs account for only a sliver of the play. In 2021, gross gaming revenue from VGTs totaled a little more than $39.8 million. Marquee by Penn, the VGT subsidiary of Penn National Gaming, generated the lion’s share of the action at $27.7 million. Marquee is the VGT supplier/operator for Rutter’s.