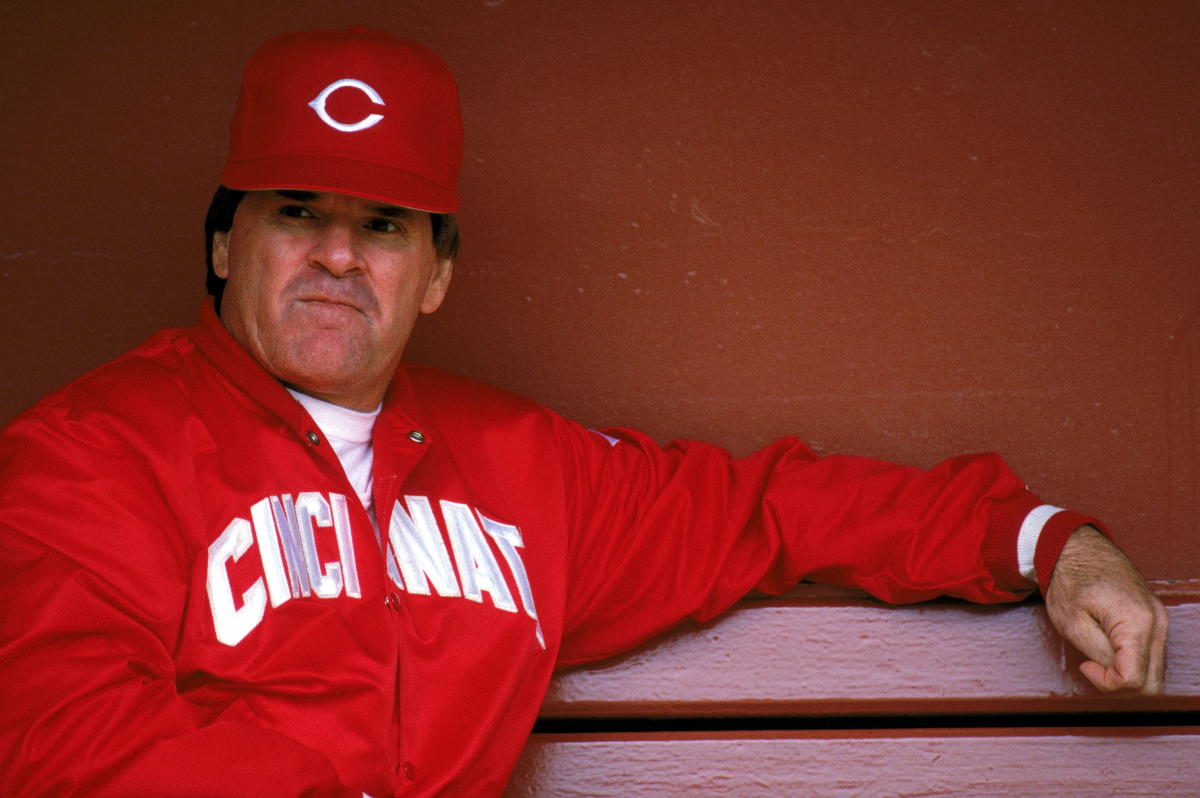 Pete Rose, MLB’s all-time hit king, is just as well-known for his lifetime ban from the game for placing bets on baseball games he participated in. But today, the 81-year-old is not resentful as professional baseball continues to embrace the expansion of legal sports betting across the US.

Pete Rose, then the manager of the Cincinnati Reds, in the dugout during an MLB game in 1989. Rose remains hopeful that he will get a chance to enter the Baseball Hall of Fame during his lifetime. (Image: Getty)

This week, Colorado Rockies slugger Charlie Blackmon became the first MLB player to sign a marketing partnership with a legal sportsbook. The four-time MLB All-Star and MaximBet are teaming up to promote the online sportsbook in the state.

Major League Baseball levied a lifetime ban on Rose after an investigation in the late 1980s determined that the Cincinnati Reds great routinely gambled on his team’s games. Rose finally admitted to the accusations in 2004, but maintains that he never bet against his team — meaning he never threw a game.

Rose’s illustrious yet notorious career ended with him holding the league record for most hits at 4,256. His career batting average of .303 and 44-game hit streak — the latter being the third-longest in MLB history — have most MLB historians in agreement that Rose was among the best batsmen to ever step on the diamond.

But Rose remains prohibited from Cooperstown because of his MLB lifetime ban. Some 33 years later, as MLB continues to get in bed with legal sports betting, many believe it’s long past due to allow the 81-year-old to enter the National Baseball Hall of Fame.

Speaking this week with USA TODAY, Rose reveals he isn’t bitter. He says that upon hearing of the Blackmon-MaximBet news, he only felt jealous.

“I just came up at the wrong time,” Rose said. “I was 30 years too early. Baseball is pretty much in bed with gambling now.”

Rose takes responsibility for his actions, telling USA TODAY that he was in the wrong.

I messed up when I did what I did,” Rose said. “I can’t bring it back. However, I wish baseball would just give me an opportunity to be on the [Hall of Fame] ballot. Let the writers decide.”

The Baseball Writers’ Association of America is responsible for inducting National Baseball Hall of Fame members. Its selection criteria, however, prevents anyone on MLB’s “permanently ineligible” list from being considered for the Hall.

Rose says MLB removing his name from the banned list would allow him to be considered for Cooperstown. The three-time World Series champion and 17-time All-Star believes his ban has cost him $100 million in earnings over the past three decades.

Though MLB players like Blackmon are free to strike sponsorship deals with licensed sportsbooks, players remain prohibited from betting on baseball. Players, as well as umpires, coaches, and team personnel, cannot have any financial stake on the outcome of any game, regardless of whether it involves their team.