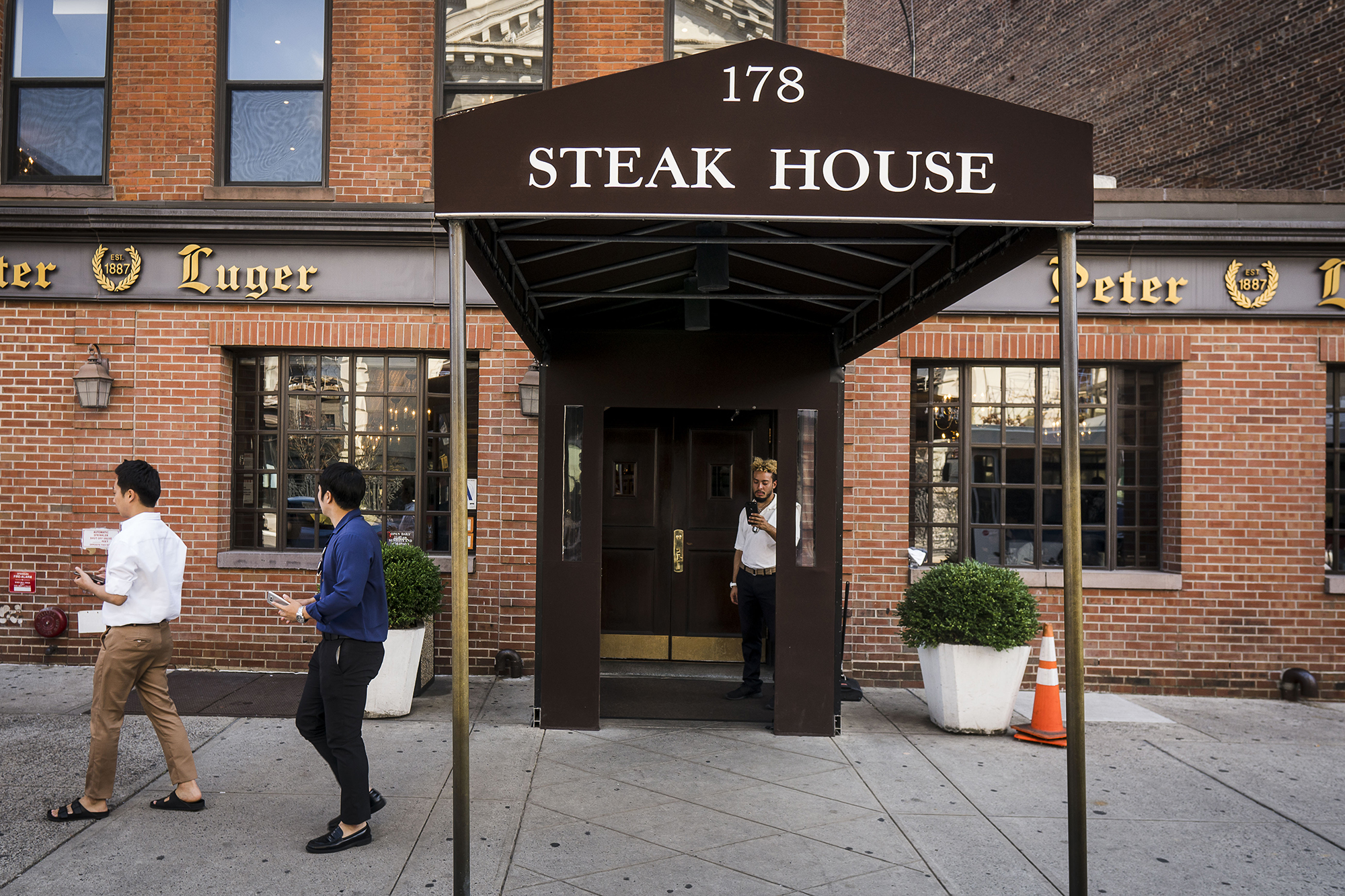 Peter Luger Is Coming To Las Vegas, Opening In Caesars This Year

Peter Luger — one of the names most synonymous with the New York steak house experience — is coming to the Las Vegas Strip and will open in Caesars Palace at the end of this year.

The famous Peter Luger Steak House in Brooklyn. Caesars is getting its own Peter Lugar later this year. (Image: New York Post)

The combination of casinos and steak houses is tried and true, and Las Vegas is the epicenter of that marriage. Nearly every casino-resort on the Strip and downtown has a casual or high-end eatery targeting carnivorous diners, and there are some iconic names among those restaurants.

That’s the stratosphere in which Peter Luger operates. The restaurant, which opened its first location in New York in 1887, is Michelin-starred, and in some circles, is believed to be the first steak house in New York.

We’re thrilled to be bringing Peter Luger to Caesars Palace. It was critical for us to be able to bring to Las Vegas the same menu, the same ambiance and—most important—the same quality beef that we are known for in New York, and Caesars was aligned with that vision,” said Peter Luger President Amy Rubenstein in a statement.

News of Peter Luger coming to Caesars Palace arrives after a year in which the restaurant lineup at the integrated resort was altered in dramatic fashion, including the closures of Mesa Grill and Italian restaurant Rao’s.

The primary sources of allure at Las Vegas integrated resorts, particularly those in the Caesars tier, are gaming and entertainment. But it’s beneficial to operators to maintain robust restaurant lineups, including high-end venues, to prevent guests from departing for another venue simply to dine.

There’s also cache. Peter Luger coming to Las Vegas is a coup for Caesars, not only because it’s a venerable name in the steak house space, but also because it’s the first time the restaurant operator is expanding in 60 years. It is the first time it’s opening a location outside of New York. Its current locations are in Brooklyn and Great Neck.

When Peter Luger opens in Caesars, it will be positioned near MR CHOW. The statement doesn’t indicate what capacity will be at the steak joint. Its Brooklyn and Great Neck locations seat just 60 and 65 diners, respectively.

Change of Heart by Reeg?

One of the reasons Caesars Entertainment (NASDAQ:CZR) is one of Wall Street’s favorite casino stocks is because CEO Tom Reeg and his management team have an established reputation for cutting costs and boosting operating margins.

Along those lines, Caesars management isn’t shy about trimming or eliminating low-margin dining options, including buffets, at some locations. On an earnings conference call with analysts last year, Reeg famously made some snarky remarks about in-casino dining, including “God forbid they (customers) stop at McDonald’s on the way home.”

While the Peter Luger opening represents a departure from those comments, it is, after all, Peter Luger.