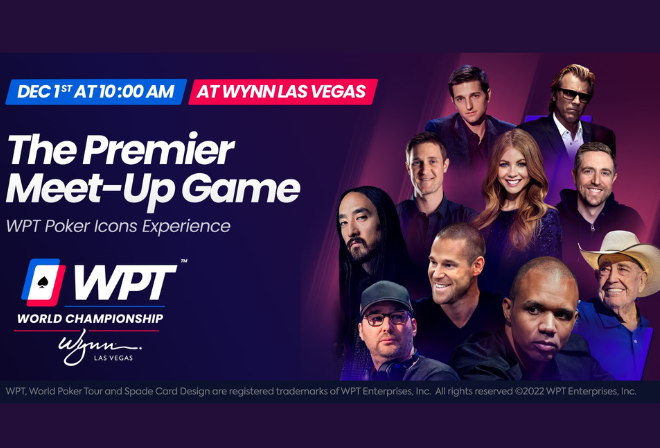 If you thought the lineup for the Premier Meet-Up Game at the upcoming World Poker Tour (WPT) World Championship at Wynn Las Vegas couldn’t get any better, you are wrong. That’s because none other than Phil Hellmuth and Patrik Antonius will be joining in on the cash game fun on Dec. 1.

“This will be my first meet-up game experience with WPT. I’m looking forward to sitting down to play and seeing what all the hype is about,” Antonius said in a press release. “I think what Brad and Andrew have created for the poker community is exceptional.”

“When I heard that Phil Ivey and Doyle Brunson were playing in this MUG, I knew I had to get involved,” Hellmuth said. “I’m excited to play with the WPT family. Hopefully no one gets me with a bad beat.”

Find out more about the WPT Premier Meet-Up Game!

The MUG will get underway at 8 a.m. on Dec. 1 and will consist of 26 tables running $1/$3 and $2/$5 no-limit Hold’em and pot-limit Omaha games in the luxurious Wynn Poker Room. Other notables who will be present at the MUG include Vince Van Patten, Tony Dunst and Ashley “PokerFace Ash” Frank.

“When Andrew and I put the first Meet Up Game together with the vlog watchers who happened to be in town … we never thought we’d see the day poker icons like Phil Ivey, Doyle Brunson, Phil Hellmuth, and Patrik Antonius would be coming to play them,” said Owen. “This MUG is going to be epic. If you are in Vegas, you have to make it to the Wynn.” 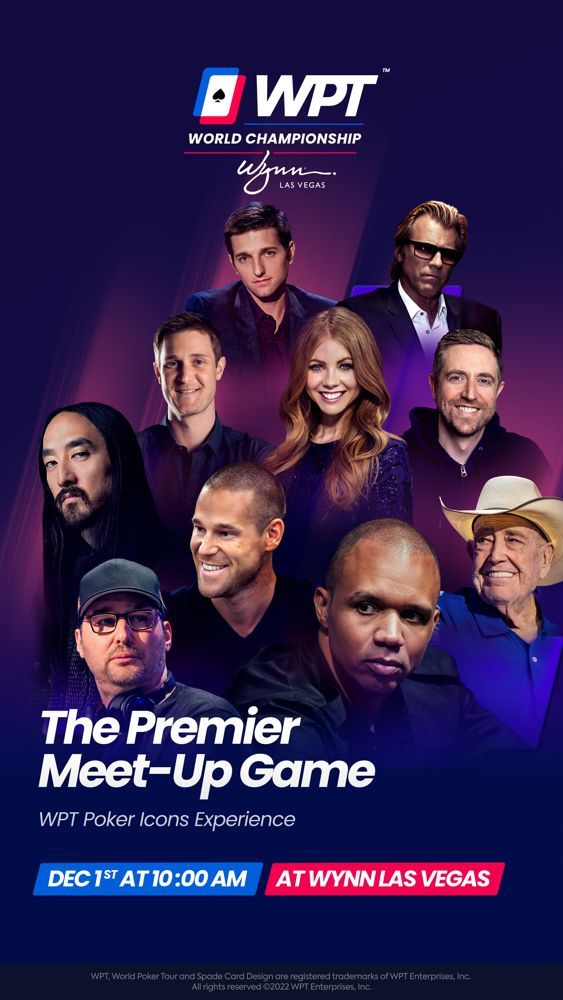 It is just one of several festivities that WPT has planned for the end of its 20th season, which will culminate with the $10,400 buy-in WPT World Championship with a $15 million guarantee.

On Dec. 6, Aoki will host the WPT Steve Aoki Playhouse Game in the world-renowned DJ’s residence with a pool, foam pit and personalized poker table.

The always-entertaining Hellmuth seems like a perfect addition to the Premier Meet-Up Game lineup as he prepares for his highly anticipated $1.6 million heads-up match against Jason Koon in the PokerGO Studio. 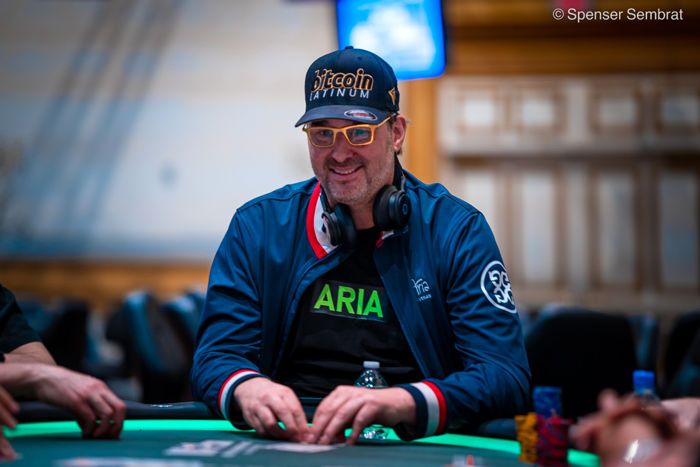 Antonius, a high-stakes cash game legend who appeared on shows like High Stakes Poker during poker’s heyday in the late-2000s, seems like an equally excellent addition. 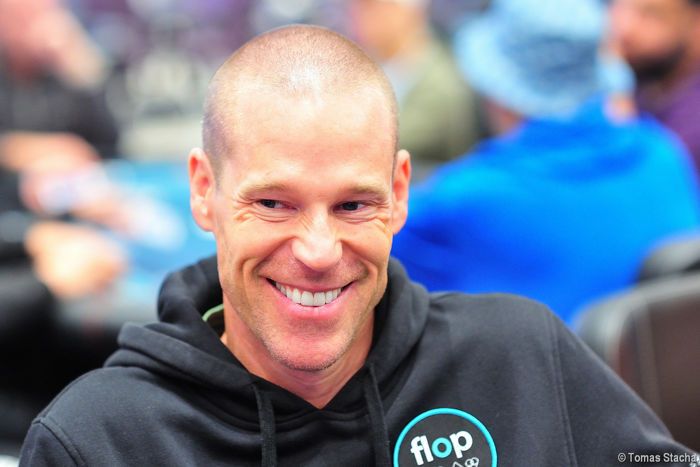 WPT will be running a promotion during the MUG that pledges to give out four $10,400 WPT World Championship seats.

Players who enter an all-in and call with a WPT Ambassador or Talent member will enter a raffle to win one of four World Championship main event seats. Here are the players that apply:

Though he is not a WPT Ambassador, Patrik Antonius also applies to the promotion.

PokerNews is on-site and documenting the RRPO action, including six wild hands from the Main Event that attracted 1,541 entrants and has a top prize of $778,490 awaiting the eventual champion.

Read more about what could be the most stacked final table in World Poker Tour history.