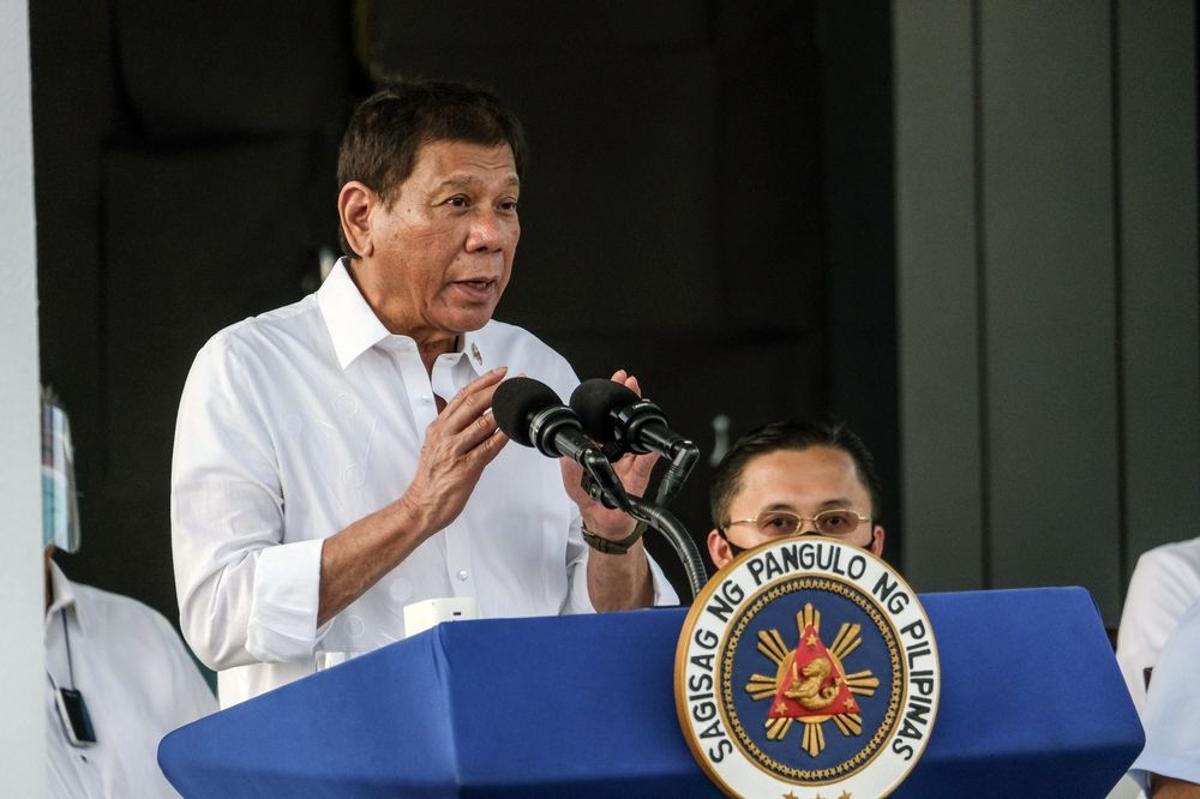 Philippines Casinos to Operate at 50 Percent Capacity Through 2021

Philippines casinos across the Southeast Asia country will be limited to operating at 50 percent capacity through the end of the year.

Philippines President Rodrigo Duterte says the nation’s leisure businesses, one such industry being casino gambling, will remain operating at a maximum 50 percent capacity through the end of the year. Manila casinos have been subject to operating limitations throughout 2021. (Image: Bloomberg)

The Philippines government announced this week that its national COVID-19 Alert Level 2 will remain in place until at least 2022. Such a pandemic response stage allows casinos to operate, but only at a maximum of 50 percent capacity of their resort’s fire code.

The 50 percent cap applies to casinos’ other resort amenities, including meeting and event spaces, gyms, salons, restaurants and bars, and nightclubs. Outdoor venues such as pool complexes are permitted to operate at 70 percent capacity.

The Philippines lowered the nationwide alert level from three to two on November 5. That was the result of the Philippines seemingly being able to get its spike of COVID-19 cases and hospitalizations under control in late September.

COVID-19 rendered Manila’s four commercial integrated resort casinos lifeless for much of 2020 and through this year. City of Dreams, Okada, Solaire, and Resorts World have struggled to occupy their gaming floors because of government-ordered operating restrictions and international travel limitations.

President Rodrigo Duterte — understanding that the Philippine Amusement and Gaming Corporation (PAGCOR) is the country’s second largest tax revenue generator, behind only the nation’s Bureau of Internal Revenue — last year allowed the four IRs in Manila to conduct online casino gambling. The resorts, however, can only facilitate iGaming for foreign customers who previously spent heavily in the Filipino casinos.

PAGCOR is both a gaming regulator and operator. In addition to collecting taxes on commercial gross gaming revenue, the corporation owns and operates its own brick-and-mortar casinos under the Casino Filipino brand.

The permitting of internet casino operations has allowed GGR in Entertainment City to climb from a little more than $1.1 billion through three quarters of 2020 to $1.23 during the same nine months in 2021.

Casinos in the Philippines were subject to longer government-ordered shutdowns in 2021 than they were in 2020. This year, the country was, at times, unable to contain COVID-19 outbreaks in the Manila capital region.

Duterte, who is barred from seeking a second presidential term, ended his Philippines Senate campaign this week. He said he will instead retire once his presidency expires in June.

The Clark Freeport Zone welcomed a new commercial casino this week with the opening of the Hann Casino and Resort. The casino offers 800 slot machines, more than 100 table games, and sports betting.

The Hann Resort comes with 620 guestrooms, as well as golf — an amenity Han claims makes its Clark destination more attractive than the four larger integrated resorts in Manila. The resort executive says the premium mass market from South Korea is heavily interested in playing premier golf while on gaming excursions to the Philippines.

The Hann Casino and Resort is an expansion and rebranding of the Widus Hotel and Casino. Han says his family company spent 12 billion Philippine pesos (US$286 million) on the overhaul.