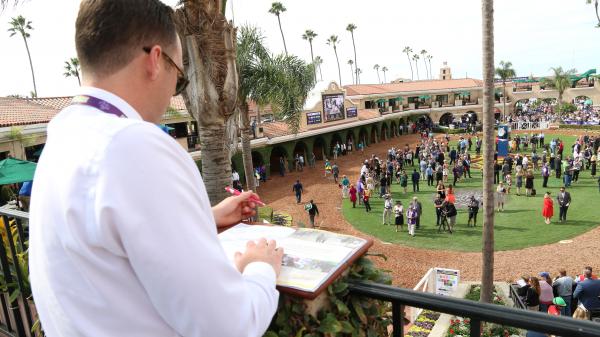 Piassek’s Plays: A Pair of Picks For the Breeders’ Cup

#6 Letruska: As readers of this column know, usually I eschew picking chalk. However, I think Letruska is a much more likely winner than people give her credit for, and she will likely be a decent value even if she goes off as the favorite. She’s piled up six graded stakes victories this year, including four Grade 1 wins. Her race two starts back, the Personal Ensign Stakes Presented by Lia Infiniti, gives some clues as to what might transpire in the Distaff. She faced a tough field that day; seven of her eight rivals had won a graded stakes race this year. She was pushed through honest fractions, including an opening half-mile in 46.74 seconds. Despite a constant pace pressure, she held on to win by half a length. This is another tough field and she’s going to get challenged on the lead again. However, she’s proven that she can withstand a challenge on the front. Over the past week, those on racing social media seem skeptical of her, more so than they are of the other favorites this weekend. Obviously, Twitter is not real life, but I’m getting the vibe that she might end up going off at a bettable price. 7-5 or 3-2 would be fine value on her.

My second choice in the race is #2 Royal Flag, who was beaten less than a length by Letruska in the Personal Ensign. She bounced back with a dominant 4 1/4-length victory in the Beldame Stakes next out, her second gradrd stakes victory. She’s going to rate toward the back of the pack early on and make a strong rally in the stretch. She’s likely to round out the exacta at decent odds.

#9 Sisfahan: European-based horses have historically dominated the Turf. In the past 20 editions, only six North American-based runners have won this race. The winners aren’t always marquee names, either. Recent winners include 14.10-1 Talismanic in 2017 (the last time the Breeders’ Cup was held at Del Mar), 12.50-1 Magician in 2013, and 8.50-1 Dangerous Midge in 2010. No European can be overlooked.

Sisfahan is a French-bred 3-year-old based in Germany. He won the Deutsches Derby, the German equivalent of the Kentucky Derby, by 1 1/4 lengths in July. Since then, he’s Group 1-placed twice against older horses, with both of those races coming off a brief layoff. With other Europeans likely to take the bulk of the wagering action, he’s bound to slip under the radar. I’m hoping he goes off somewhere around his 12-1 morning line.