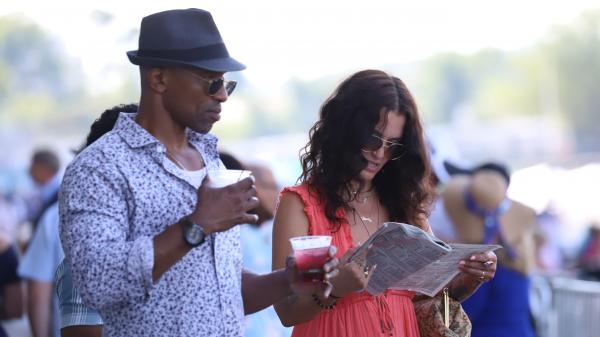 Piassek’s Plays: Betting for a Big Day at Big Sandy

#7 Bronx Bomber: The seventh race on Saturday’s card is a New York-bred allowance optional claiming race at seven furlongs on dirt. Bronx Bomber is coming off an impressive gate-to-wire win against New York-bred claiming company last out, where he won by 2 1/4 lengths after setting fast early fractions. However, he’s not a need-the-lead type. In fact, that last race was the first time in his recent lines that he led early on. Usually, he rates off the pace and makes his move in the middle of the race, like he did three starts back when he closed for third. He’s making his third start off a brief layoff and goes first off the claim by Linda Rice, who is 21% with recent claimants going third off the break. Bronx Bomber looks like he’s in top form, and with a lot of speed in the race, he should get the trip he wants.

#2 Electability: A field of eight up-and-coming 3-year-olds will square off in this year’s Peter Pan Stakes. Named after the 1907 Belmont Stakes winner, this race is likely to produce at least one starter for this year’s “Test of the Champion.”

Electability is undefeated from two starts this year. He broke his maiden in his 3-year-old debut on March 5 at Aqueduct, stalking the pace and grinding by in the stretch for a half-length victory. He won a first-level allowance optional claiming contest in similar fashion next out, improving his figure five points on the Equibase scale. He’s making his stakes debut in here for Chad Brown, and he’s shown tactical speed, a lot of heart, and the ability to win at a route of ground going one turn. Based on the way he won his last start, I have no reason to believe that he can’t handle the extra eighth of a mile. He looks primed for a career-best race here.