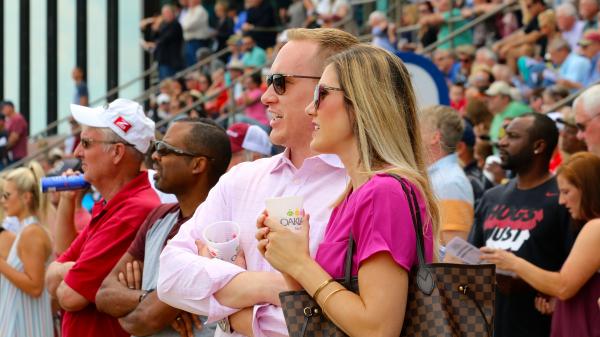 #7 Acehigh Royal: This race is a maiden special weight contest for 3-year-olds at six furlongs. Acehigh Royal ran a big race on debut last out, closing from well behind to get second, beaten by just three-quarters of a length. His Brisnet figure of 83 is tied for the second-best last-out mark in the race. The only horse in the field with a higher figure in his most recent start, Plausible Denile, has been second or third in each of his three starts and has burned a lot of money in the process. If he takes a lot of money again, that could drive up the price of the more lightly-raced Acehigh Royal. That one showed a lot of promise in his first start, and if he improves just a little bit, he’s got a big chance.

#5 Rated R Superstar: The co-feature race of the Saturday card drew a field of eight, including some of the top older horses based at Oaklawn. One of them is 9-year-old veteran Rated R Superstar. He’s won two stakes races at the meet so far, both times at big prices. He won the Fifth Season Stakes earlier in the year at 25.90-1, coming from just off the pace to win by a neck. In the Essex Handicap last out, he rated off the pace in the early stages and then came charging down the stretch and won by 2 1/4 lengths.

This horse has run triple digit Brisnet figures in both of those wins, and is one of two starters in the Oaklawn Handicap to have run at least a 100 twice in their last three starts. The other one, Idol, hasn’t raced since Oct. 2, and will almost assuredly be at a disadvantage compared to his more recently-raced rivals. Rated R Superstar, by contrast, is porven over this track and has beaten similar rivals recently. Hopefully he’ll once again go off at an overlaid price.