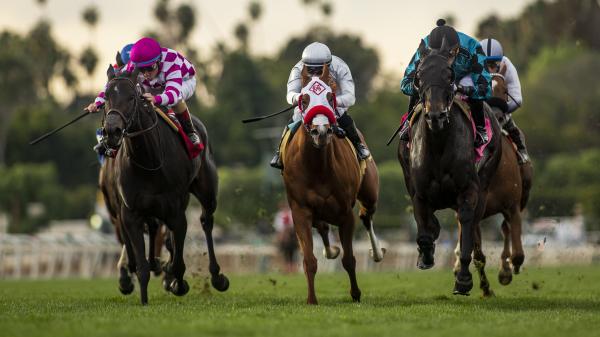 #9 Gregory’s Pride: A field of nine will travel one mile on the grass in this first-level allowance-optional claiming race, including a pair for trainer Phil D’Amato. Most bettors will gravitate toward #6 Prince Abama, who finished second at this level last out and gets the riding services of Santa Anita’s top jockey, Flavien Prat.

However, upon closer examination, something interesting pops out. Umberto Rispoli has been riding both Prince Abama and Gregory’s Pride consistently, yet was named on Gregory’s Pride. That’s a positive sign in my mind. This colt has been competitive at this level, but has struggled to break through, with four second- or third-place finishes in his last four starts. Last out, he was blocked most of the way, but kicked on well once he was clear and got second. I don’t know if he’s better than Prince Abama, who finished a strong second in his first start at the level with a big speed figure. However, Rispoli’s endorsement is encouraging and Gregory’s Pride will almost certainly be the better value of the two.

#8 Mucho Del Oro: The 7th race on the card is a competitive second-level allowance-optional claiming race at 6 1/2 furlongs on Santa Anita’s unique downhill turf course. Mucho Del Oro overcame some traffic to win a first-level race last out. He was checked at the start and dropped to the back of the pack but recovered to draw into contention at the top of the stretch. He had enough left late to win a stretch battle by a half-length. Trainer Vladimir Cerin has quietly had a strong Santa Anita meet, with six wins from 16 starters. If he breaks cleanly, this one should rate just off the leaders and make a winning move as they cross over the dirt and onto the main turf course.