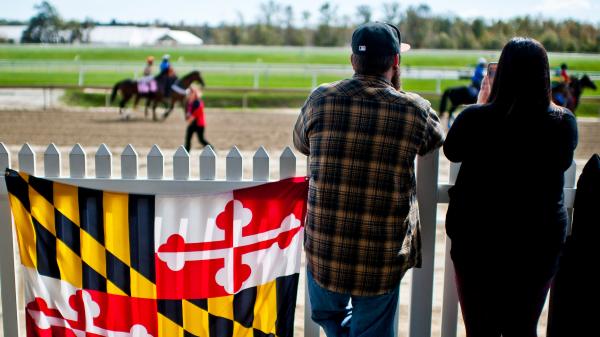 In a special return edition of his gambling blog, John Piassek presents his top picks for the upcoming weekend in horse racing, offering betting options at different budget levels. Piassek has contributed to the horse racing sites The Racing Biz and Danonymous Racing and worked at Tioga Downs, Monmouth Park, and Saratoga Race Course. He worked at America’s Best Racing from January 2021 to July 2022 and now is communications manager at the Maryland Horse Breeders Association.

#1 My Thoughts: The sixth race on the Maryland Millions card features some of the finest Maryland-sired fillies and mares racing 1 ⅛ miles on the grass. My Thoughts is one of two 2022 stakes winners in the field, having most recently won the Fort Indiantown Gap Stakes at Penn National last out. Back in June, she struggled in her 3-year-old debut but picked up a sharp first-level win next out and a solid second-place performance in the race afterward, setting the stage for her win in the Fort Indiantown Gap. This daughter of Editorial, owned and bred by Harry Kassap, stalked the pace and showed a lot of heart in the stretch, winning a stretch battle with next-out winner Swan Point. She looks poised for another career-best race here.

#7 Vance Scholars: A son of Anchor & Hope stallion Holy Boss, Vance Scholars ran an extremely impressive race in his last start, the Japan Turf Cup. The race was washed away to dirt, but the change in surface didn’t bother Vance Scholars. He dueled with two rivals through extremely fast early fractions and sent them both to sound defeats. In the stretch, he hung in gamely on the inside and finished third behind two closers, beaten just a length for the win. By contrast, his two dueling partners were beaten by 24 ½ lengths and 52 ½ lengths. Earlier this year, he won the Bald Eagle Derby on this track and was second in the Cape Henlopen Stakes off a two-day layoff at Delaware Park. He’s likely to get some pace pressure here, but he’s shown he can withstand it.