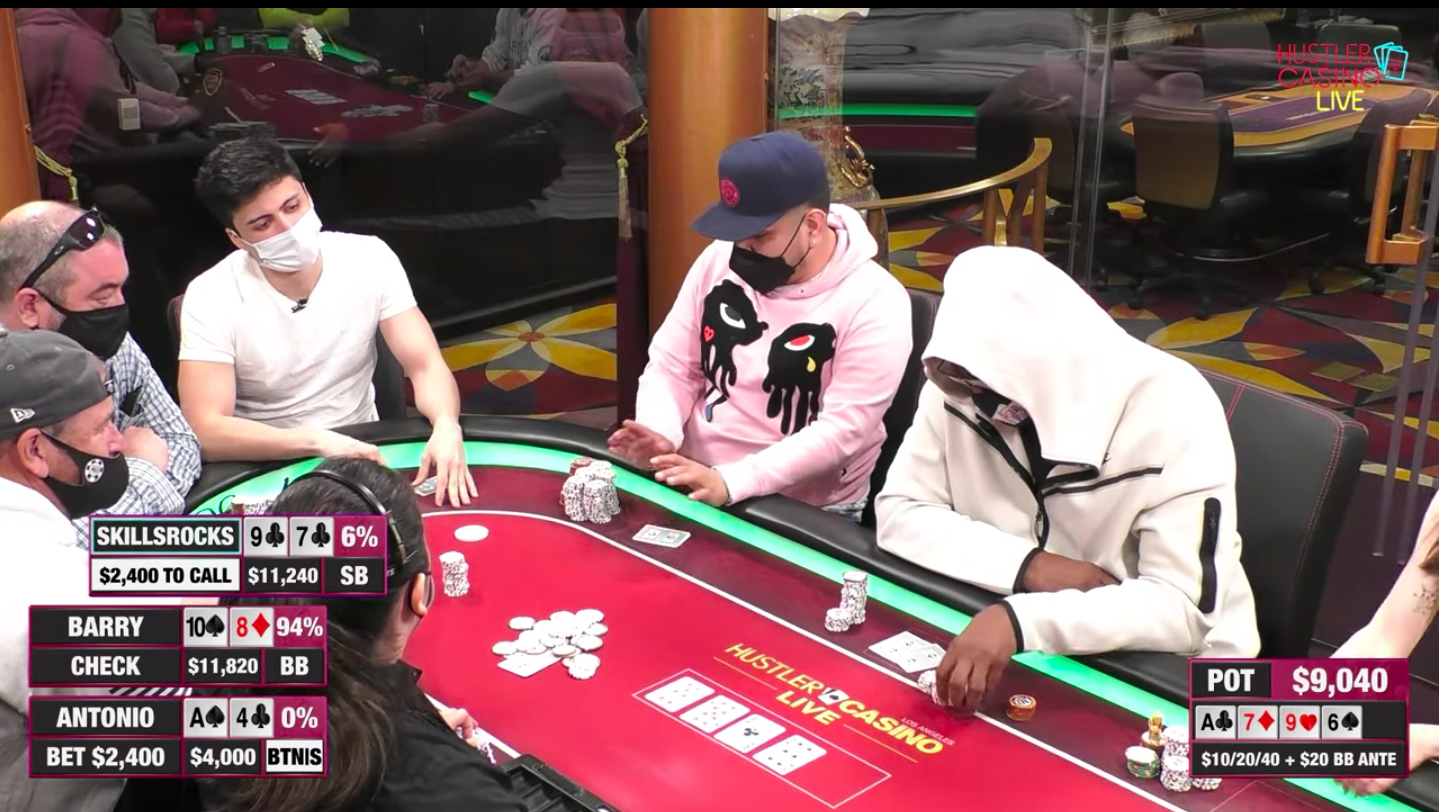 Less than 24 hours after appearing on Hustler Casino Live, Julio “Skillsrocks” Cedillo has been told he will no longer be allowed on the show. This comes after allegations that Cedillo looked over and saw his opponent’s cards on several occasions, making unusual plays afterward that almost exclusively benefited him.

The game in question was a $10/$20/$40 No-Limit Hold’em game where players started out by buying in for $5,000-$10,000. Cedillo was one of two players to buy-in for the max, with the other player — and victim of the alleged dirty play — being regular player Barry Wallace, who was on Cedillo’s direct left.

The hand that raised suspicion

A YouTuber named Alex Duvall put together a 34:27 compilation of hands from the stream that look rather damning for Cedillo. The suspicious acts actually started in a hand where Cedillo lost, but in doing so, exhibited some unusual behavior, including making a rather unbelievable fold of two pair.

During the hand, it appears that Cedillo kicks his tablemate, Solfo Antonio, after the turn gave Wallace the nut straight. Antonio still bets out, forcing the fold from “Skillrocks,” who insisted on keeping his cards after folding so he could show the table what he had.

Cedillo went on to win several hands against Wallace where he often made strong bluffs on the river when Wallace had marginal holdings. Some viewers in the comments have pointed to time stamps of 4:14:14, 4:15:56, and 4:18:00 as spots where it appears that Cedillo is looking at Wallace’s cards.

Hustler Casino Live makes a statement and an example

Nick Vertucci and Ryan Feldman of Hustler Casino Live quickly released a joint statement on Twitter saying that they will not tolerate Cedillo’s “highly unethical” behavior and have banned him from both the show, and Hustler Casino as a whole. Feldman shared that Cedillo admitted he saw some cards, but says it’s not against the rules.

“I talked to Julio a lot about it. He admitted that he did see his cards a few times, but he thinks it’s not against the rules and that Barry should be more careful to protect his cards.” Feldman said. “After discussing with Nick and Shaun, we decided that it’s in the best interests of the show and the casino to ban him, as we don’t want someone who attempts to look at player’s cards to play here. We wanted to do the right thing.”

By the end of the stream, Cedillo was the big winner on the night, profiting more than $17,000 from his initial buy-in of $10,000. Wallace, meanwhile, ended the night down just under $5,000, with the majority of those losses going over to his neighbor. Feldman says that, as of now, Wallace hasn’t had any money returned, nor has he asked for a return.

“In my only conversation with Barry so far, he accepted that he should be more careful when looking at his cards. We haven’t had a follow-up conversation yet, but we will,” Feldman said.

This was Cedillo’s second time appearing on Hustler Casino Live. According to Feldman, Cedillo was active and engaging in prop bets during his first appearance, but to the best of his knowledge, didn’t do anything similar to this game.