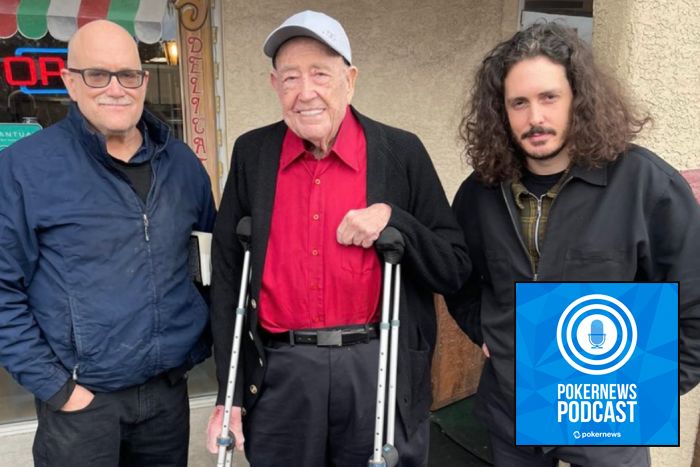 In the latest edition of the PokerNews Podcast, Sarah Herring and Chad Holloway discuss Tom Dwan backing out of High Stakes Duel III against Phil Hellmuth (and who a potential replacement might be), why 14-time ring winner Maurice Hawkins is upset with both Chad and PokerNews, and a preview of the upcoming St. Jude “Against All Odds” Charity Event in Las Vegas May 20-21.

Finally, Chad sits down with former poker pro turned Hollywood producer Justin “Boosted J” Smith to talk about his life after poker and what it’s like to be both writing and producing a movie based on the life of the legendary Doyle Brunson.

Listen to those stories and more on the latest PokerNews Podcast!

Tell us who you want to hear from. Let us know what you think of the show — tweet about the podcast using #PNPod, and be sure to follow Sarah Herring, Chad Holloway, and Jesse Fullen on Twitter.