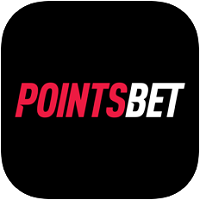 Players in the Empire State now have another option for sports betting, as PointsBet New York has officially launched. Their entry into the market makes them the sixth operator, joining the original four who launched on opening day of Caesars, FanDuel, DraftKings,  and BetRivers.

Ten days ago we reported that the BetMGM app had also launched, then becoming the fifth operator in New York State. They also announced that their app was an official partner with the New York Knicks, Rangers, and the Madison Square Garden Arena.

Now that PointsBet New York is up and running, there are still three conditionally licensed operators waiting to join the party. Those are BallyBet, WynnBet, and Resorts World. There was no word on a timeline for when they would go live.

Giving New Yorkers some more choices for how to handle sports betting monies, the Paysafe payment platform is also up and running in the market. They have over 20 years of experience and are operating in other states, such as Arizona, Michigan, Montana, Virginia, Connecticut, Louisiana, and Wyoming.

PointsBet CEO, Sam Swanell, stated, “This marks a momentous day for PointsBet in officially launching within the state of New York, poised to be one of the largest markets in the United States.”