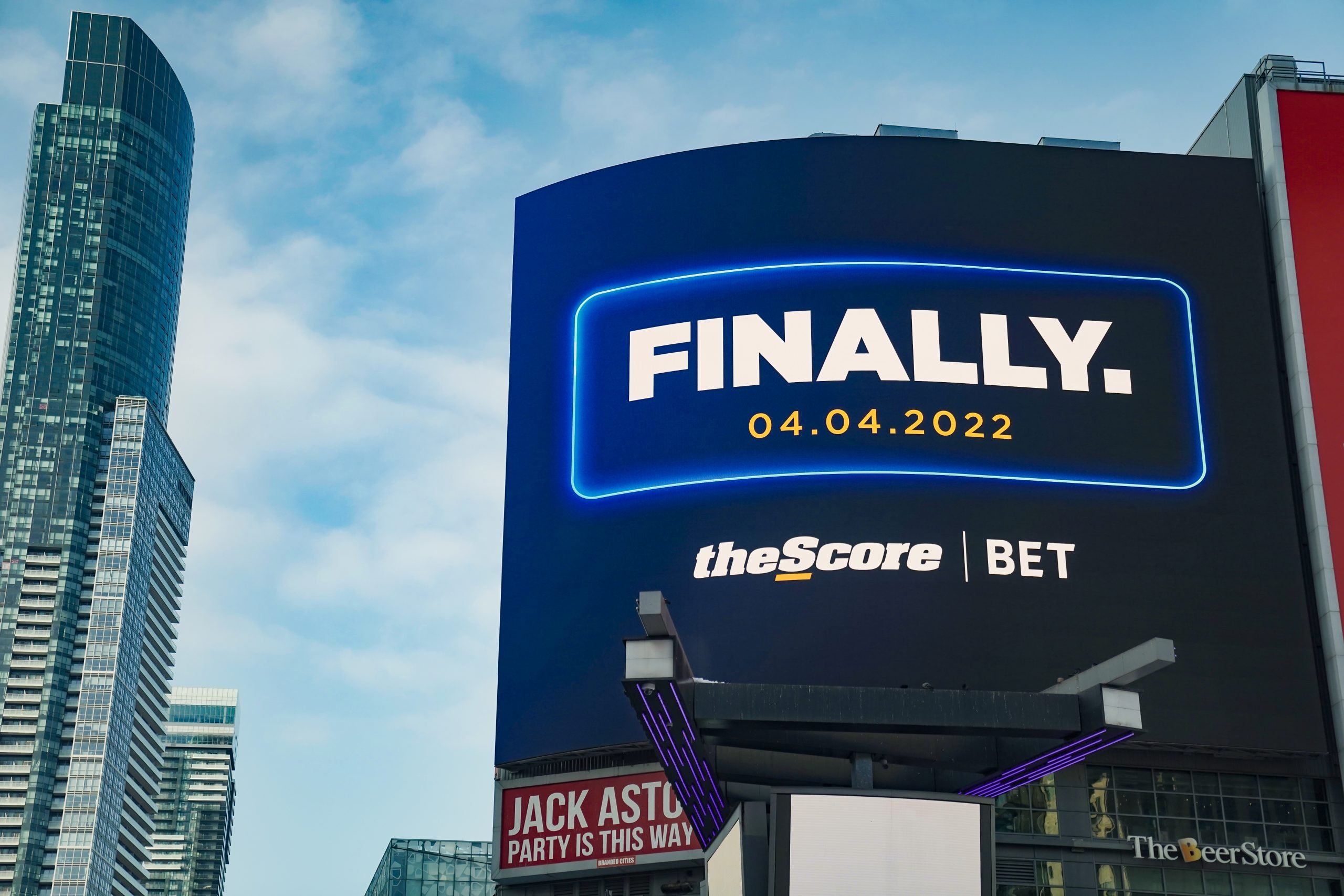 Two gaming companies revealed Thursday they have been approved for licenses to offer online gaming in Ontario.

The announcements by PointsBet Canada and Score Digital Sports Ventures came less than a week after Ontario officials announced that approved private-operator apps can launch in the country’s most populous province on April 4 if they have signed an operating agreement with iGaming Ontario (iGO).

PointsBet is an Australian-based gaming operator with apps available in 10 US states. Besides standard wagering options, it also offers what it calls “PointsBetting.” It allows people to bet on an outcome – such as total points in a game – and win or lose multiples of their wager based the result. For example, if someone placed a $1 PointsBetting wager on a total being more than 40 and the result was 50, that person would receive $10.

Penn National Gaming purchased Score Digital, which operates theScore Bet, last year. That app is currently available in Colorado, Indiana, Iowa, and New Jersey. However, the company got its start as a Canadian sports media company and continues to enjoy a large presence in its home country.

Sports betting has been legal in Canada, but up until last year, only parlay bets were allowed. Last year, Parliament passed a bill allowing single-game wagering.

In a statement, PointsBet Canada CEO Scott Vanderwel said it was his company’s intention to offer Ontario sports fans a betting app that will include “unique local partnerships.”

Vanderwel joined PointsBet after serving in an executive position for Toronto-based media giant Rogers Communications. Rogers owns the Toronto Blue Jays and is a stakeholder in Maple Leaf Sports and Entertainment, which owns the NHL’s Toronto Maple Leafs, the NBA’s Toronto Raptors, the CFL’s Toronto Argonauts, and Toronto FC from MLS.

“Since day one, we have remained genuine to our promise of building a Canadian sportsbook, with Canadian employees, for the Canadian market,” he said. “Today’s approval of PointsBet Canada as a licensed sportsbook in Ontario effective April 4, 2022, is a momentous step in unveiling our authentically Canadian gaming experience to the province.”

John Levy, CEO for theScore, said in a statement his company was excited to be one of the first operators approved by iGO, a subsidiary of the Alcohol and Gaming Commission of Ontario (AGCO).

We’ve been and will continue to be at the forefront as regulated internet gaming is introduced in Ontario and are beyond excited to be able to bring theScore Bet to our home market on April 4,” Levy said. “Finally, the countdown to launch has begun.”

The company touts that it was the first Ontario operator to achieve Gaming Labs International certification, and it also received the Responsible Gaming Commission’s RG Check accreditation for iGaming.

Before theScore Bet and PointsBet can launch in two months, they must also meet other requirements. Those include promotion of problem gaming prevention campaigns, participation in a “centralized self-exclusion program,” and an agreement to share player data – stripped of any identifiable aspects – with researchers working on problem gamin matters.