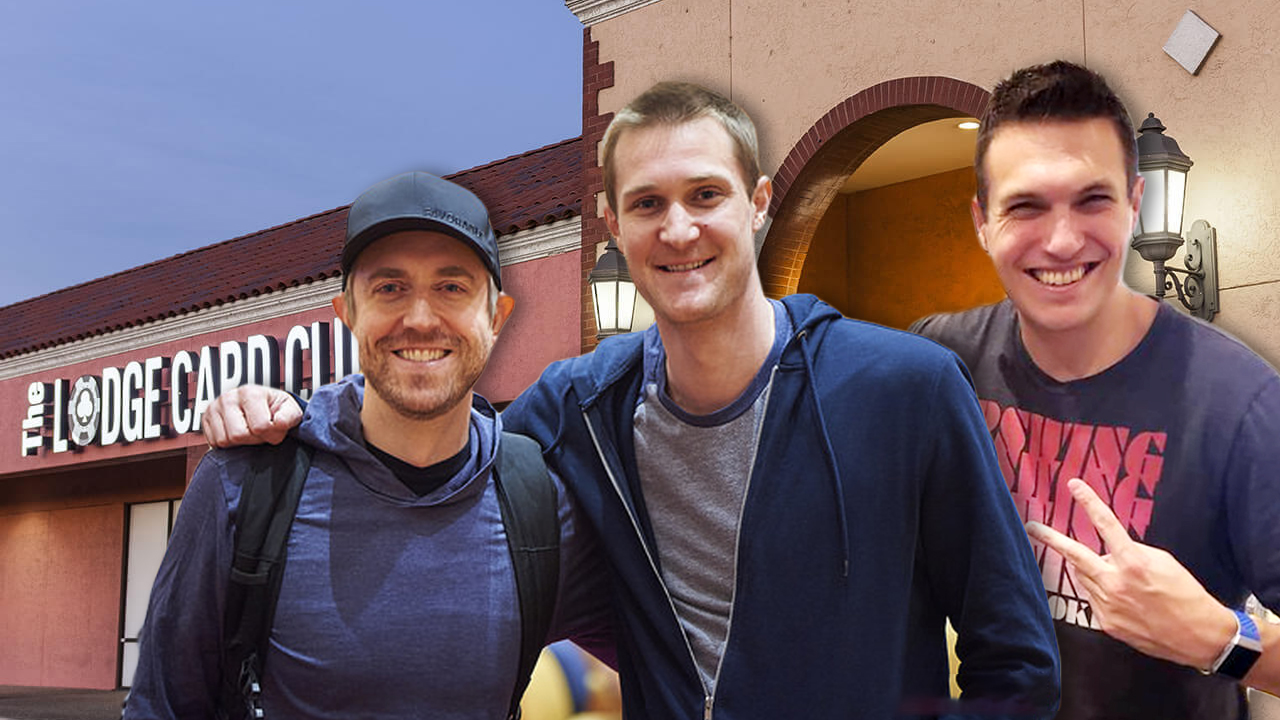 The Lodge Card Club in Round Rock, Texas, just hit a triple.

The Lodge is the biggest poker room in Austin’s booming poker scene. Located just north of Austin and known locally as the Lodge-Mahal, the business moved to a new, larger building just this fall.

Staking a claim in Texas

Polk, who moved from Las Vegas to Texas in March 2021, said in a video announcing the partnership he was surprised at just how popular the game was in the state. Currently, more than 60 poker rooms dot the state, with 15 in Austin alone.

Polk immediately wanted to get into the poker-owner game in Texas and was thrilled to learn that Neeme and Owen were already considering the same thing.

“If Andrew, Brad and I could work together,” Polk thought, “we’d be an unstoppable force here in the Texas market.”

So, they formed a team and began the process. But as they looked into finding a location, hiring a staff, and all of the other nitty-gritty it takes to launch their own room, Polk said they realized they were looking at a year-plus of work before opening. Also, and more significantly, they really didn’t know what they were doing.

“This is definitely a significant (investment). It’s so significant that it requires a group of investors, alongside myself, to come on board for a majority share of the business,” Neeme said in a video announcing the news.

It’s a new role for me at this point in my career and I’m stoked to put in a lot of time there to help the business & the other guys succeed.https://t.co/t1imHxkgGE

So they started asking around, which eventually led them to buy into a partnership with Robert and Jason Levine, the father-and-son owners of The Lodge.

They plan to leverage their poker popularity to boost the Lodge-Mahal’s popularity and profitability, Neeme said.

“They get a lot of games regularly, but I think we can get a lot more once we all partner up and are generating content from that room, and we can do whatever we want, essentially,” Neeme said in his announcement video. “They’ve done such a good job of starting this card room, building it from the ground up, and making it a place where people love to go play.”

While the first step for the men is to ensure The Lodge maintains its position as one of the top poker rooms in the Austin area, the next step is more ambitious, said Polk.

“Step two is going to be to open branches of the room around the country,” Polk told his YouTube fans. “I don’t want to overpromise and underdeliver here, but I do think there is space for a room to grow in underserved markets around the country where laws of those states allow rooms to exist.”

While that may or may not be down the road, what is certain is that Polk will be playing at The Lodge on Wednesdays and Fridays, and will surely appear on its weekly livestream.

The trio is already scheduled to appear on the stream on Monday, Jan. 24, and a $600, $500K guaranteed tourney with the three players will take place on Jan. 26.

3. Run It Once Closes After Three Years, Phil Galfond Refocuses on US Poker Market

4. 20 Questions: Do I Have a Gambling Problem, or is it Just Poker?