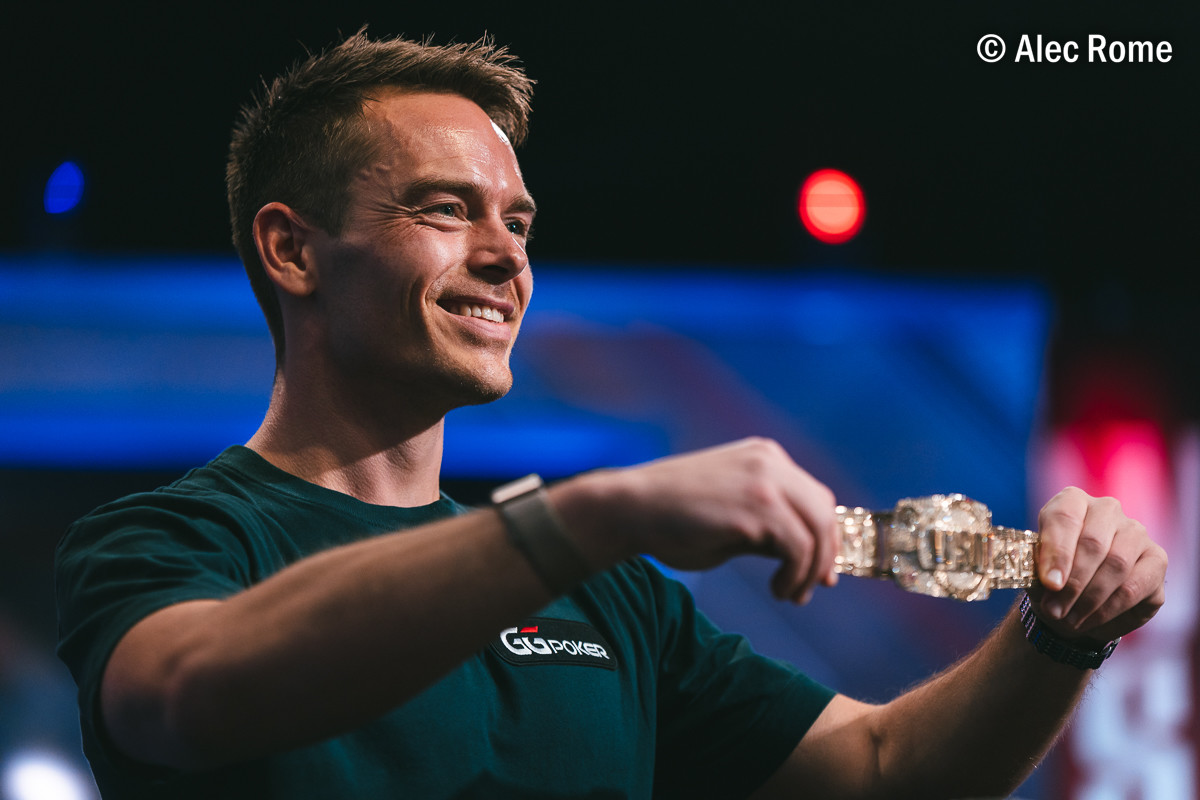 The latest champion of the World Series of Poker (WSOP) Main Event took to social media on Aug. 29 to address a swap dispute between himself and Greece’s Alex “Pwndidi” Theologis that left many prominent poker players backing the Main Event champ.

For the uninitiated, a “swap” refers to an agreement between two players in a tournament to exchange a percentage of potential winnings. In messages shared by Jorstad from July, Theologis claimed to have swapped 3% in the WSOP Main Event with Jorstad — which, before taxes, would be a $300,000 share — though he hadn’t written it down and couldn’t remember where it happened.

In a lengthy post, Jorstad, who went on to win the poker championship for $10 million, claimed to have “no memory” and “no records” of ever swapping with Theologis, who he said he had only met a few times and had “never swapped in anything else.”

The following post is regarding a WSOP main event swap dispute with community member Alex Theologis, aka Pwndidi:

Listen to Espen Jorstad on the PokerNews Podcast here!

Swap or No Swap?

In his post, Jorstad explained that on July 13, Day 7 of the Main Event, he received Instagram messages from Theologis, a primarily online grinder with $592,840 in WSOP earnings, asking about the swap. Jorstad responded that he didn’t have anything written down about swapping and asked Theologis where it happened.

“F*** I knew this would happen when I didn’t write down in chat with my (swaps),” Theologis wrote. “I am sure that we swapped 3% at some point, maybe it was on our way or during dinner? Maybe at the wynn? I’m not sure at what point but I’ve swapped with everyone and I’m very confident we swapped.”

“That’s awkward indeed,” replied Jorstad. “I don’t remember swapping with you, and I have all my swaps in a list here.” 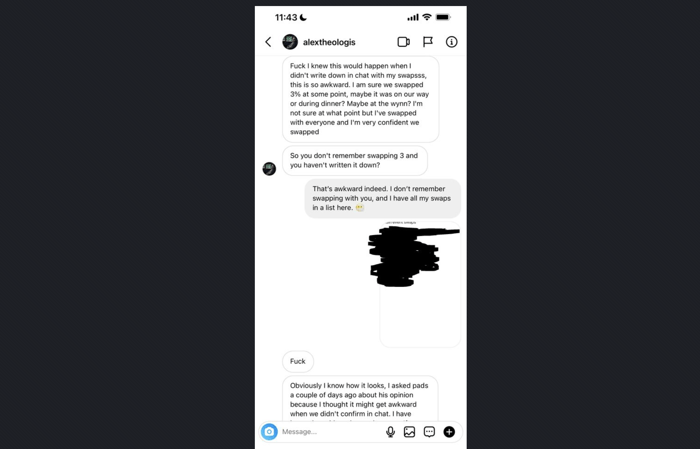 According to Jorstad, the two later met in a hotel in Las Vegas to “talk about the situation” and later continued their conversation on Instagram. On July 22, Jorstad told Theologis that “given that I have no recollection of us swapping, and you also don’t remember when or where this happened, it’s pretty clear there is no swap in place.”

On July 29, Theologis replied: “I feel so betrayed and disappointed I guess, I never expected to experience something like this as I only swap with people I think are trustworthy and especially from you. Lesson learned I guess, not sure how you can sleep at night and be happy with yourself but yeah.”

Why Jorstad is Speaking Out

Why is all of this coming out now? Jorstad claimed that he was playing at a meet-up game in Cyprus last week when a “clearly intoxicated” man “came up to my table and pointed at me, saying ‘pay the man his money, pay the man his money You know what I’m talking about, pay him his 3%.'”

Jorstad went on to claim that the man started “hinting there would be violence if I did not pay Alex,” though Jorstad also said he doesn’t think Theologis knew the man and “by no means think(s) that Alex would want this situation to occur.” Additionally, Jorstad said he got an Instagram message a few weeks ago “telling me to pay Alex his 3%.” 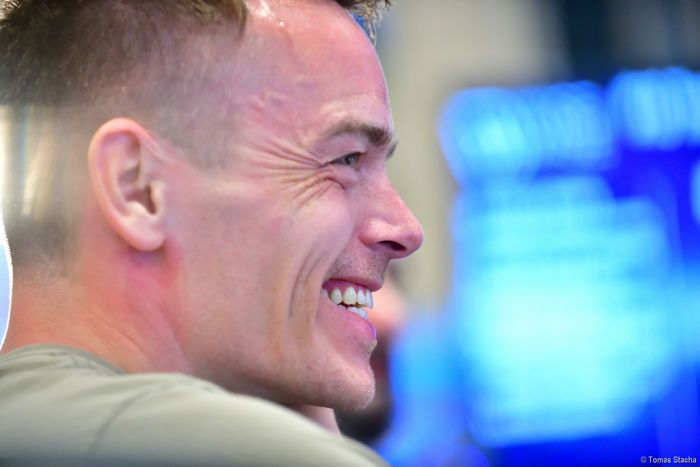 “I’ll give Alex the benefit of the doubt here, and I don’t think he is trying to tarnish my rep out of spite or anything like that,” wrote Jorstad. “He probably mentioned it to a couple of close friends in confidentiality, and then someone he told started spreading it. In any case, it’s important to me to tell my side of the story here, as people absolutely love gossiping about situations like this, and I don’t want it to get out of hand.”

Theologis told PokerNews that he did not know the person who approached Jorstad and said he “never sent anyone to threaten Espen or blackmail him in any way.”

The 2022 Main Event champion, who said he “hold(s) my own integrity in very high regard,” defended his belief that there was no swap in place but said he wanted to hear other opinions. “I strongly believe that it is crystal clear that there is no swap. However, if the community disagrees with me, I’m happy to go to arbitration with Ike, Timex etc, and if they believe the swap is on I will happily pay Alex the 3%.

In an interview with PokerNews, Theologis said that Jorstad’s description of the events was “pretty spot-on” but added that he believes a verbal swap took place. He said he and Jorstad spoke a number of times throughout the summer, including on tournament breaks and while he was on the rail in the Tag Team Event.

“So we had a few times where we met and spoke, so I don’t remember exactly when it happened,” said Theologis.

Theologis clarified that he had been messaging Jorstad on Instagram in the early stages of the Main Event and reached out to Patrick “Pads” Leonard over concern about Jorstad not remembering the swap “long before the final table.”

“I think this is sort of important to point out that it’s not after Espen won that I decided to (say) ‘Hey hey, you owe me money.’ It was long before even the final table was made that the issue first appeared,” he said.

Theologis said he accepts that Jorstad does not believe there was a swap and said he has moved on and had no plans of making the dispute public.

“Our last communication was over a month ago about the swap,” he said. “I’m not making drama out of it, I’m not asking for him to pay me. I understand that if he doesn’t remember it and I have no proof, it doesn’t matter. It’s over.” 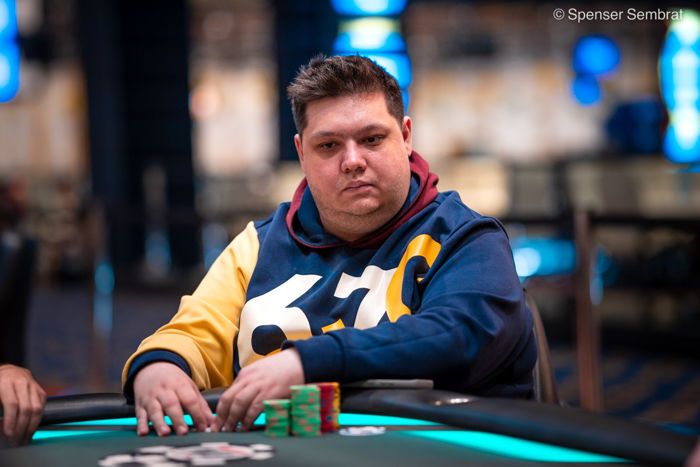 Theololgis acknowledged that he “should always confirm my swaps 100%” but added that “I had a bunch of verbal swaps that we didn’t confirm in chat, it wasn’t just Espen.”

While he accepted Jorstad’s position, Theologis said that “if I had that situation occur to me from the other way around … I would have reacted differently. I wouldn’t have taken his stance.”

Theologis also rejected the idea that he was angling or “scamming” Jorstad, calling the notion of making up or lying about a swap “so crazy.”

“I’ve been playing high stakes for a very long time now, and I’ve never had any financial disputes with anyone,” he said.

When Jorstad brought the swap dispute to the attention of the poker community via social media, many players were quick to defend the Norwegian.

“I think he believes there was a swap convo between you, but swap is off if there’s 0 recollection and no record,” said Fedor Holz.

Ian O’Hara offered a similar take: “Based on this post and the texts I’d say no swap with 100% certainty.”

Others who took Jorstad’s side in the dispute include Allen Kessler and Scott Ball, who wrote that it was “pretty clear no swap.”

Leonard, who won a bracelet with Jorstad as his partner in the 2022 WSOP Tag Team Event and who is also friends with Theologis, empathized with both players but ultimately agreed that there was no swap.

IMO, if neither had swapped previously / hadn’t met before /neither wrote down, both were sober at dinner / neither… https://t.co/ujRV3uBlaf

“IMO, if neither had swapped previously / hadn’t met before /neither wrote down, both were sober at dinner / neither remembers when/where they swapped and nobody at dinner also swapped with espen/ then unfortunately for Alex the swap can’t be on here because of lack of accountancy,” said Leonard.