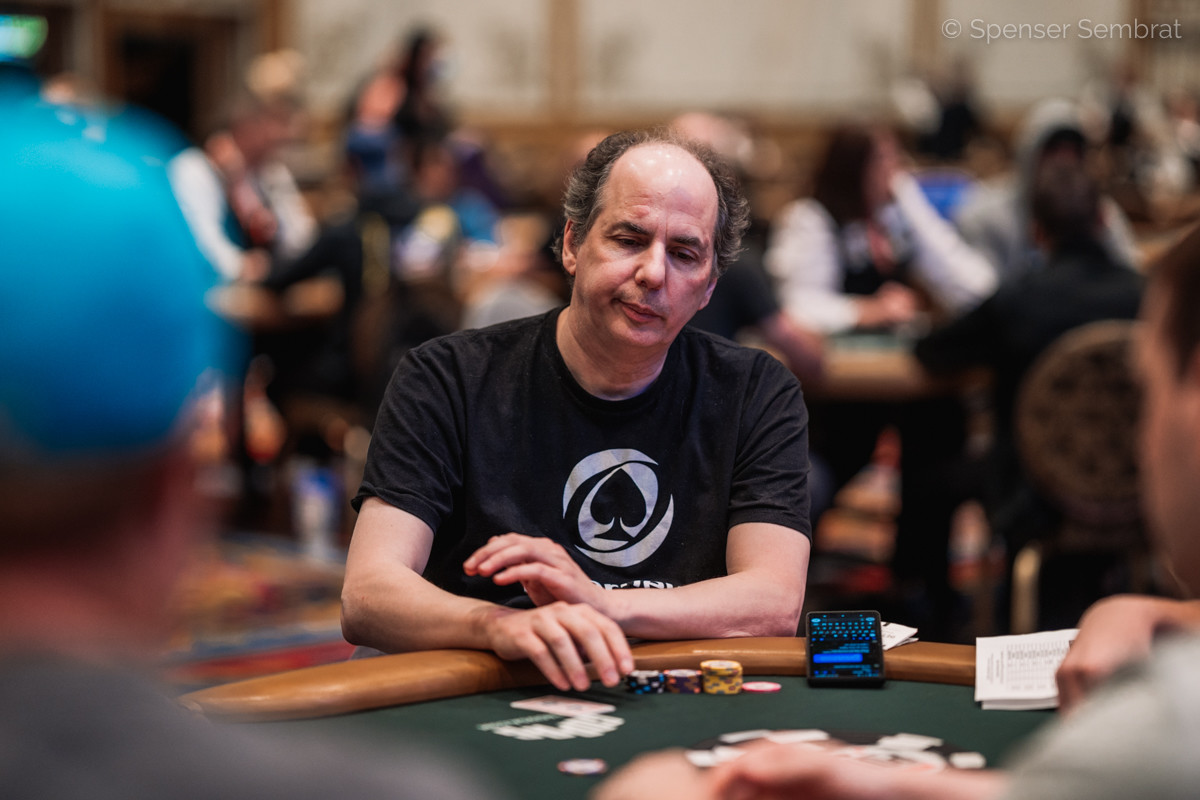 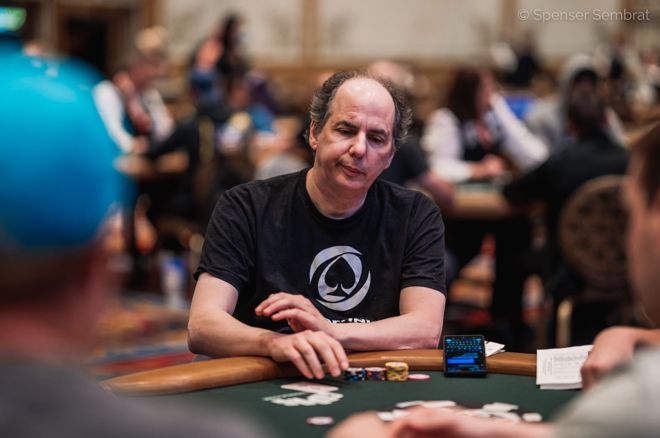 The opinions expressed in this publication are those of the author(s). They do not purport to reflect the opinions or views of PokerNews or its members.

Mega satellites were invented years ago by Poker Hall of Famer Eric Drache at Binion’s Horseshoe as a way for players to win a seat into a bigger event for much smaller cost.

This format took off, and has been the norm for years. The typical satellite affords the opportunity for a player to win a seat to a larger event for only 5-10 percent of the buy-in. However, for years there have been issues with these satellites.

Players often target reaching a certain number of chips and then will avoid confrontation since they “have enough to get a seat.” Play slows to a crawl if there are several players at a given table who are satisfied with their stacks.

Typically, certain players accumulate huge stacks and are guaranteed a seat. These players have full control of the satellite. They can reraise or call an all in versus short-stacked players they “don’t like” or don’t know, and soft play or dump chips to those who are friends and need help in making it through.

I’ve also personally witnessed entire tables agreeing to “pass the blinds” near the end of a satty. Basically, if every player at a given table agrees to fold every hand and wait for a few to bust at other tables, then the entire table with this agreement in place will win a seat. This creates a situation for the floor staff, and I’ve seen entire mega satellites having to redraw seats to combat this.

So, what can be done?

My Issue w/ a Total Redraw

Matt Savage has promoted a “solution” to the issues of standard mega satellites where at various points in the event, the high stack automatically gets a seat. At the end, when the number of tables remaining is divisible by the number of seats, there is a total redraw. At this point, each new table plays a shootout to lose one player, and all remaining players at each table win a seat.

Example: There are 72 seats to be given out. When the event reaches 81 players, a total redraw is done. Players take seats at nine new tables, and each table plays a shootout style until one player is eliminated. The remaining eight players all get a seat.

While this seems to be a random way to close out the satellite, it essentially turns the event into a glorified lottery and incentivizes stalling. 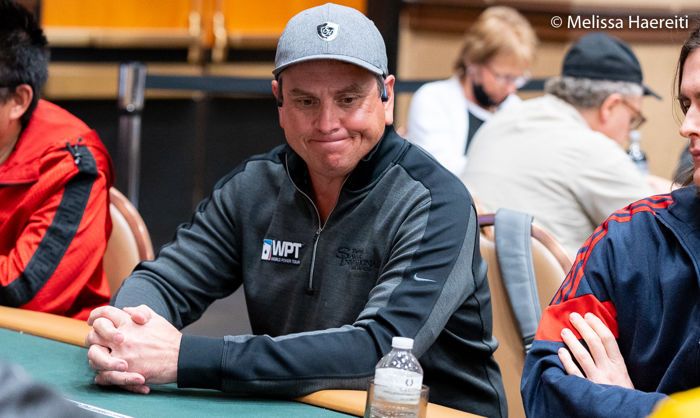 Say you are the shortest stack at your current table, but there are a few stacks in the room even shorter than you, and you are close to the total redraw. You are still 10 or so seats from the money, but only one or two seats from the redraw.

There’s a huge advantage for you to massively stall at this point hoping to get one or two of those shorter players at your new table. Now you’d be a mathematical favorite to win a seat, where otherwise you’d be a prohibitive underdog.

As an extreme example, there are three players with one big blind each and still 10 away from winning the seat. All three of these will most likely never win a seat, but if they are redrawn to the same table in the total redraw, two are actually guaranteed a seat.

The total redraw in this case is awarding two seats to players who didn’t “earn” them, and takes those seats from players more deserving.

Also, a middle stack who is almost assured of a seat, can get redrawn to a new table with all similar middle and higher stacks, and now is in jeopardy of losing a seat they were favored to win.

The blinds are very high at the end of mega satellites, and just being drawn into the big blind at your redrawn new table can determine whether or not you win a $10k seat.

A mega satellite format shouldn’t become a “redraw lottery” and reward stalling, or create scenarios where micro stacks are assured seats. While the Savage-promoted system has benefits over the standard mega satellite, there are still obvious flaws.

So, What’s the Solution? 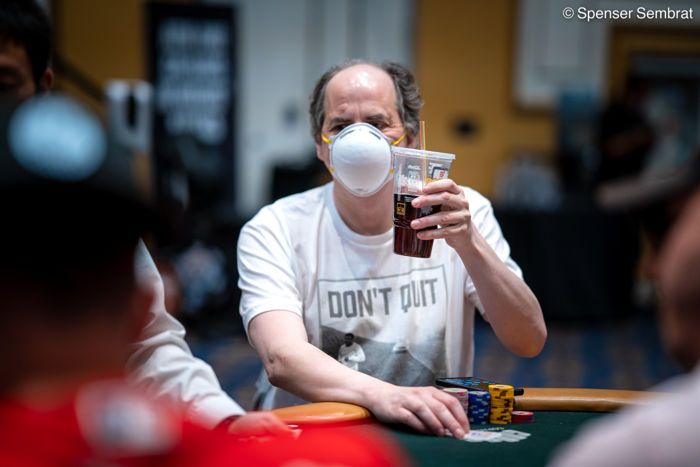 Allen Kessler with his free soda from Roma Deli.

After much thought on how to address this issue, I have come up with a workable format. Mystery bounty tournaments have become very popular in the last year or so, and I would like to propose mystery bounty mega satellites.

A redraw of the entire event is not necessary as players would never be complacent with their stacks, and would have an incentive to go after shorter-stacked players. The event would never come to a standstill with players passing blinds, because the next player you knock out could potentially win you an additional seat or cash.

“Mystery bounty tournaments have become very popular in the last year or so, and I would like to propose mystery bounty mega satellites.”

Here’s how it would work.

Let’s use the upcoming Wynn World Poker Tour (WPT) $10,000 buy-in, $15 million GTD Main Event as an example. Assume the buy-in is exactly $10k for sake of this scenario.

The event plays out normally until close of registration. At this point there is a natural break. During the break, the staff determines the exact bounty pool and distribution. After the break, the bounty format begins.

Some may ask, how can they stuff and prepare envelopes in a 15-minute break? Actually, this is quite easy. Before the event starts, envelopes are pre-stuffed with individual amounts of $10,000, $5,000, $2,500, $1,000, $500 and $100. There is a bin for each envelope amount, but the actual envelopes are not marked in any way. The staff simply pulls envelopes from the corresponding bins and randomizes them in a turning wheel typically used in bounty events.

Assume for the sake of argument that there are 81 bounties remaining and 20 actual seats. The bounty pool would have $100,000 and could be broken down as follows as an example, but each individual venue could determine whatever breakdown they wanted:

There would be a huge incentive to play hard against every other player. Any knockout could win a player a $10,000 seat or a bounty of up to $5,000. Players winning multiple seats would be required to play all event seats won until they bagged. If they bagged and had additional seats still remaining, they would receive tournament lammers or cash for the remaining seats. Exceptions could be made if a player were to win multiple seats into the final flight of an event.

There isn’t a glorified lottery redraw as in the system Matt Savage promotes, and the soft play/sitting on stacks element of the original satty system is all but eliminated.

I’d personally go to any venue willing to try this satellite format to help with the logistics. I truly believe that once this concept plays out at a few venues, it will become the norm for mega satellite play. I’ve already spoken to Tana Karn at the RunGood Poker Series (RGPS) and to a few tournament directors about this format. All seemed excited to try it, so you may see this play out in the near future.