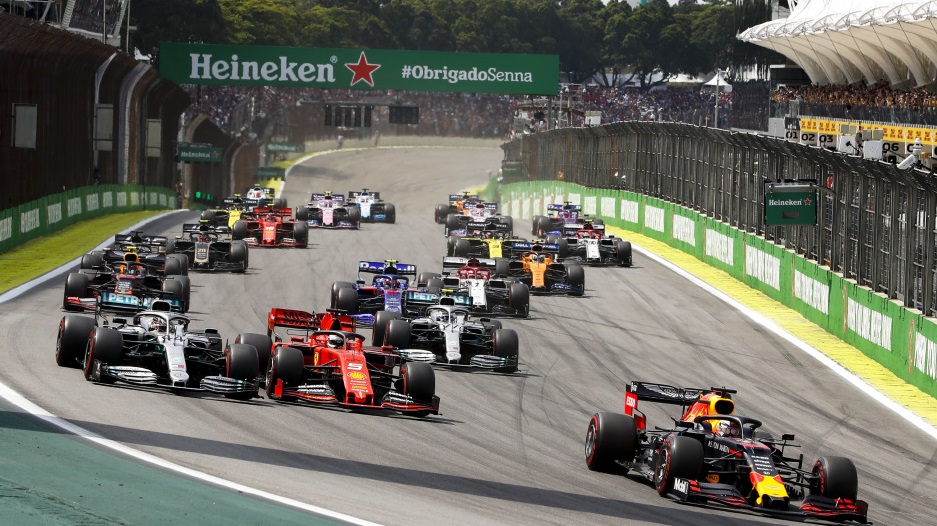 Poker’s somewhat inexplicable, but interesting relationship with Formula 1 will come to the fore again in November thanks to PokerStars’ Red Spade Pass promotion.

PokerStars will give poker fans to experience the thrills of F1 racing through its Red Spade Passes. (Photo by Zak Mauger/LAT Images)

Building on its Platinum Pass concept, which was first announced in 2017, PokerStars is giving away Red Spade Passes to tournament winners, and through special promotions over the next three months.

Unlike Platinum Passes, which give holders free entry to PokerStars live events, the Red Spade Pass unlocks a variety of prizes, including a trip to the forthcoming São Paulo Grand Prix in Brazil.

The first chance for players to win a Red Spade Pass will be the €3,000 ($3,100) EPT Barcelona Platinum Pass Mystery Bounty event, which takes place next week. From there, PokerStars will be running various competitions, promotions, and tournaments across its poker and casino verticals.

Red Spade Pass holders will get the “ultimate fan experience” at the São Paulo Grand Prix in November. In addition to flights, accommodation for five nights, and tickets for all three days of racing at Sao Paulo’s Interlagos Circuit, winners also get access to exclusive events.

The promotion has been made possible by PokerStars’ partner, Oracle Red Bull Racing. A deal between PokerStars and Formula 1 racing team Oracle Red Bull was announced in January 2022. The first Red Spade Pass giveaway took place soon after in March, giving players the chance to win a Monaco Grand Prix experience.

Although the latest promotion is aimed squarely at Formula 1 fans, Red Spade Passes offer something for everyone. Winners will also receive a personalized message from an Oracle Red Bull Racing driver, branded merchandise, tickets for online events, and coaching from a PokerStars Learn instructor.

“Together, PokerStars and Oracle Red Bull Racing want to bring entertainment to all of our fans and players, and this season we’ve seen some fantastic moments both on and off the track,” said PokerStars’ Rebecca McAdam Willets.

Another link between Formula 1 and poker

The Red Spade Pass promotion is another link between the poker industry and Formula 1 racing. Partypoker was the first operator to forge links with a sport that boasts cumulative annual viewing figures in excess of 1.5 billion.

Along with a multi-year sponsorship deal with F1’s Team McClaren, the site tapped the racing team’s top driver, Daniel Ricciardo as a Partypoker ambassador. These relationships have resulted in a variety of cross-channel collaborations, including special tournaments and racing events.

The links between poker and racing might not have as much significance in the US as they do elsewhere in the world, but that could change next year. Formula 1 is increasing its presence in the US with a series of new races and, in November 2023, the Las Vegas strip will become a circuit.

Although speculative at the time of writing, the Las Vegas Grand Prix is expected to take place from Nov. 16 to 18, 2023. The inaugural event will see Formula 1 cars race down the famous Las Vegas Strip at speeds in excess of 180mph.

With PokerStars and PartyPoker both developing links with F1, the Las Vegas Grand Prix is expected to drive traffic to both brands — and to Formula 1 — as the spectacle of speed races through the streets of Sin City.