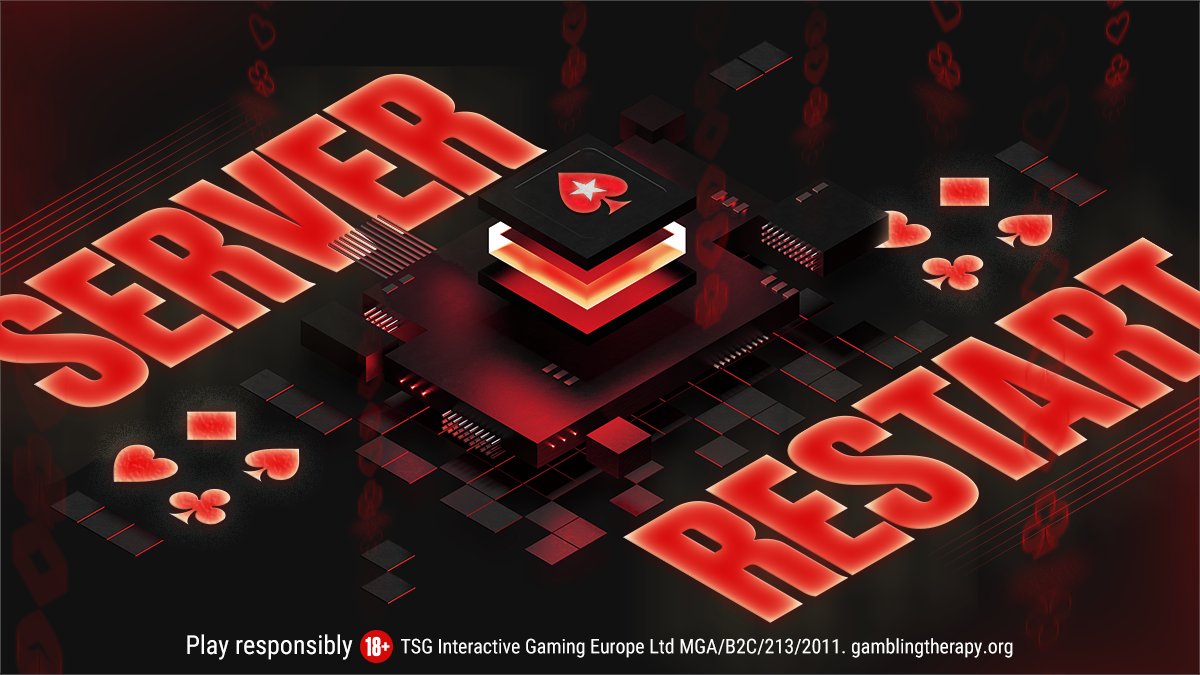 PokerStars has suffered another network outage less than two weeks after a DDoS attack disrupted its WCOOP main event.

The latest problem began on October 5 and quickly caused timeouts and delays across PokerStars’ dot.com servers. The technical team attempted to fix the fault without shutting down the network completely.

After more than an hour of struggle, a decision was made to cancel all active tournaments and cash games. Affected players were reimbursed according to PokerStars’ cancellation policy and, after three hours, the system was back online.

A tweet from PokerStars Support apologized for the disruption.  The support team also announced that a full server restart would take place on October 6. What the poker site’s representatives haven’t confirmed is whether or not the latest outage was due to a DDoS attack.

The final events of WCOOP 2022 had to be canceled on September 26 after players were timed out due to a distributed denial-of-service (DDoS) attack. Conspiracy theorists might say that someone launching an attack during the $10,300 WCOOP main event had a vendetta against PokerStars.

Equally, it could have been hackers trolling the poker community or cyber-criminals trying to infiltrate PokerStars’ database. Whatever the motive, the timing couldn’t have been worse for PokerStars, as the attack ruined a glittering WCOOP finale and means the main events will now have to restart on November 5.

Suffering a second network outage just over a week after the DDoS attack has caused some users to question the integrity of PokerStars’ software. A message following the initial attack confirmed that no personal or financial details were compromised, so there shouldn’t be any concerns on the security front.

However, the inconvenience has had some players longing for the pre-Flutter Entertainment days.

whenever i open a chest theres a 70% chance ill get a error 101 code, same thing when i click on challenges tab.

“The whole entire network needs to be upgraded. The site ran 100x smoother back in 2010 when you had a much bigger player base,” pwntsville tweeted on October 5.

Comparisons between PokerStars and GGPoker were also made in the comments. The former’s closest rival has been on an upswing over the last two years and has escaped any major outages over the last 12 months.

Not only today, but the network of stars is in too bad shape and needs to be fixed soon.
The old Stars used to run smoothly.

GG Poker plays smoothly with this number of simultaneous connections.
Why is this happening?

I really want PokerStars to do better. pic.twitter.com/BdBMPOCGl5

Even so, GGPoker isn’t immune from DDoS attacks. The largest poker site in the world famously ran into issues in 2020 during the WSOP Online series.

The attacks almost forced GGPoker to postpone the WSOP indefinitely. Fortunately for all concerned, order was restored and, once those affected were fairly compensated, the series resumed.

Cyberattacks are an occupational hazard for all online businesses, particularly those at the top of their game. PokerStars has plugged the leak and, at the time of writing, it was business as usual with calm restored on Twitter, at least for the time being.