Thai police have busted yet another illegal online gambling and seized more than ฿700,000,000 in assets from a former soap star. Three suspects were arrested and charged with operating online gambling without permission and money laundering. Further charges are expected for the illegal streaming of pornography.

Pol Lt-Gen Jirabhop Bhuridej, commissioner of the Central Investigation Bureau (CIB) said that the group had been under investigation for two years. Once sufficient evidence had been collected search warrants were executed at the premises.

He told the media that the online gambling operation had more than 40,000 customers with at least ฿7,000,000 worth of transactions moving through its bank accounts every month. 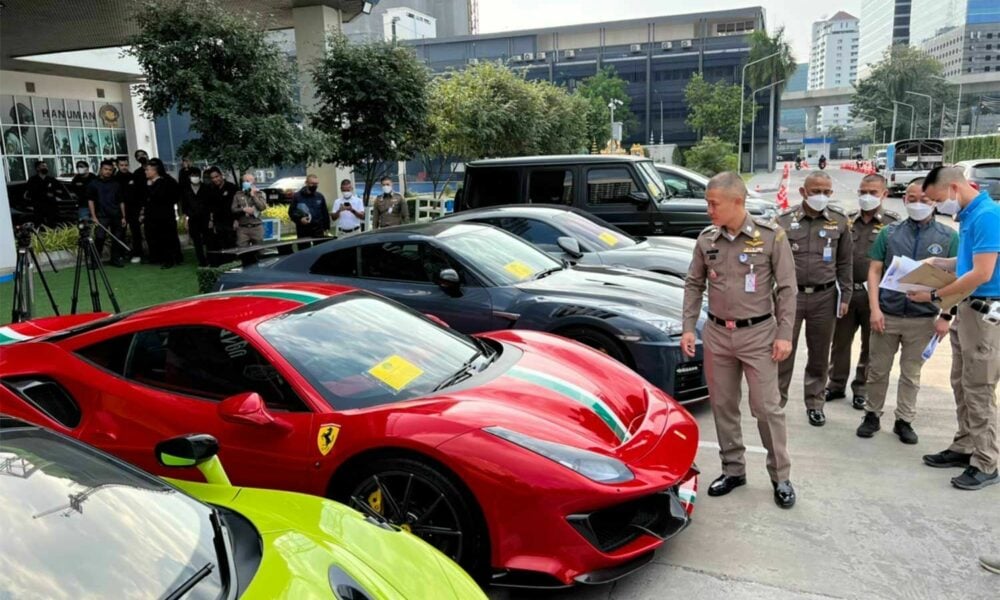 Police checked the suspect’s tax records and discovered that their declared income was not even close to being sufficient to account for the 4 houses, 12 luxury cars, 42 million baht in cash and many other luxury items found at their homes.

Chetchai Hongkham was also said to have withdrawn more than ฿400,000,000 in cash between April and September 2022 which has yet to be tracked down.