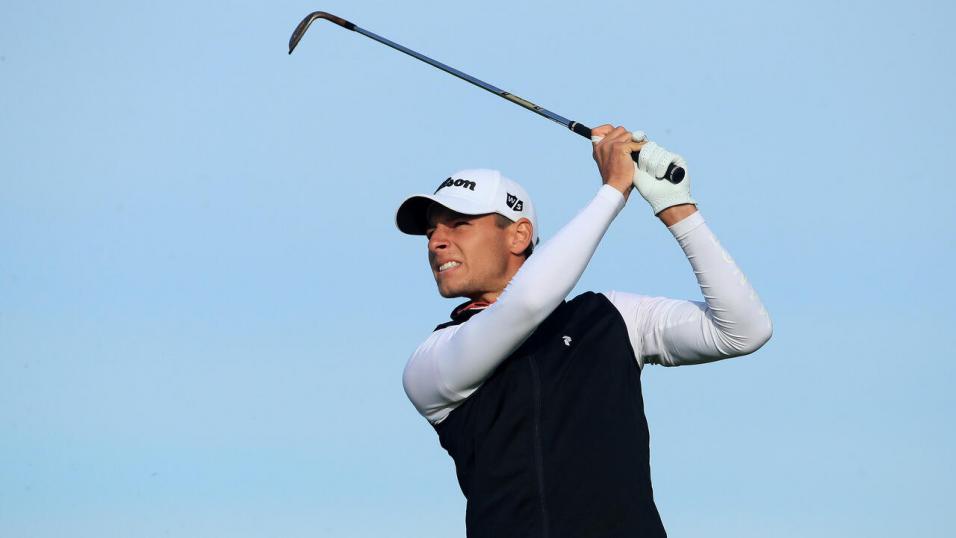 Weather forecast for Thursday: The Met Office suggests sunny skies and temperatures peaking in the high 60s. Winds are fairly light in the morning but they could gust around 20mph in the afternoon.

Joakim can jump into early contention

Joakim Lagergren is best known in betting circles for his repeated good performances in the Alfred Dunhill Links Championships.

His second place there last month was his fourth top four in six appearances.

He’s fired plenty of low rounds including an opening 66 in 2016 and I’m hoping he can hit his stride early once more.

The Swede has been doing that in recent events with a R1 67 at the Alfred Dunhill Links and then a day one 65 at the following week’s Open de Espana which put him seventh on the Thursday leaderboard.

Last November he was second after the first round of the Cyprus Showdown so there’s enough in his profile to warrant a punt.

The very early starters could just get lighter winds so being drawn in the second group out from No.1 at 07:20 may be to his advantage too.

Jorge Campillo also goes out at 07:20 but he’ll be setting off from the 10th tee.

Like Lagergren, he’s a fan of the course and finished tied eighth last year, just two spots higher than his best of sixth in 2015. He’s made every cut since 2013.

It’ll just take a shot here and there to get the low one he needs and it’s encouraging that he flew out of the gate with a 64 at the Mallorca Golf Open two weeks ago.

That was good enough for fourth spot at close of play and he added another 64 in round three.

Campillo’s hot putter – he’s been in the top eight for Strokes Gained: Putting in three of his last four events – also fuels the idea that he can shoot the lights out in round one.

With weather forecasting an inexact science, I’ll go for a later starter rather than just load up with another from the morning wave.

The player I like is Nicolas Colsaerts, another with plenty of course form.

This is his first appearance since 2018 so hopefully the positive memories will quickly flood back.

His bare results of late are mixed but in terms of fast starts he’s been making them regularly.

An opening 64 gave him a piece of the first-round lead at the Alfred Dunhill Links while he’s finished in the top six after 18 holes four times in his last eight starts.

Back him at 60/1 to find some early rhythm once more.