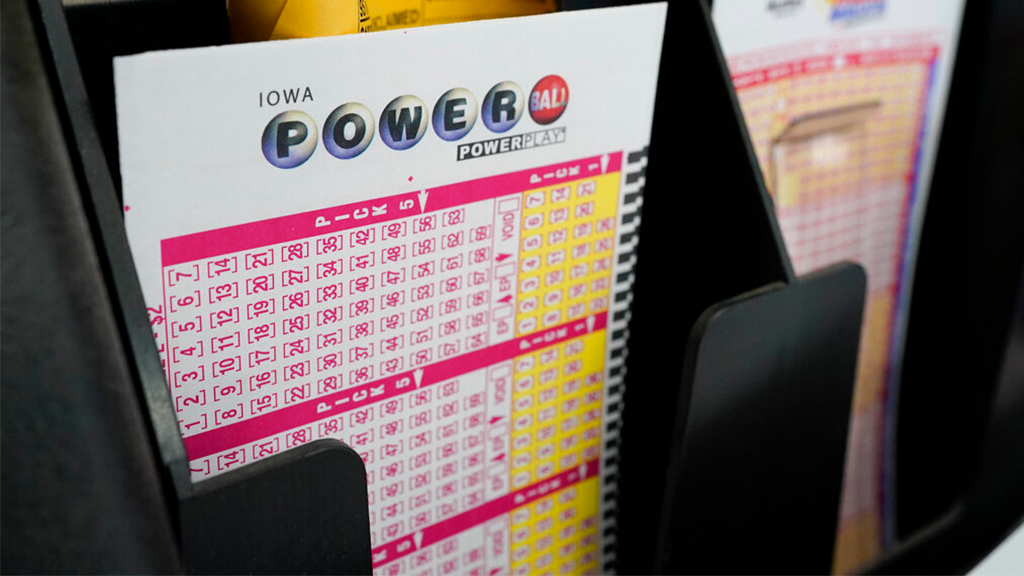 Powerball Starts 2022 Without a Winner, Monday’s Jackpot Worth $522M

No one got to ring in the new year with $500 million added to their bank account. With no winner from the Powerball’s Saturday night drawing, the jackpot for Monday’s drawing now is an estimated $522 million.

A Powerball play slip stand at an Iowa Lottery retailer. No one won the $500 million jackpot in Saturday’s drawing. That means Monday’s top prize in the multi-state lottery will be at least $522 million. (Image: Fox Business)

The multi-state lottery last went out on Oct. 4, when its $699.8 million prize was won by a California player. That was the fifth-largest Powerball jackpot ever.

The current jackpot is creeping up on the top 10 Powerball jackpots of all time, and its rise is similar to the $731.1 million prize claimed in January 2021. That jackpot benefited from strong interest over the holiday period, too.

Should there be a lucky winner on Monday, they will have the option to take a lump-sum cash prize. That’s currently valued at $371.5 million before taxes.

The $2 per entry Powerball tickets are available in 45 states, the District of Columbia, Puerto Rico, and the US Virgin Islands.

To win the Powerball, a lucky winner must overcome odds of 1 in 292.2 million.

According to a release early Sunday from the Multi-State Lottery Association, more than 2.7 million people won prizes from the Saturday drawing.

Four tickets matched the first five numbers. Players in Arizona, California, and Florida each took home $1 million apiece for that. Meanwhile, a Marylander who added the $1 Power Play doubled their fortune, claiming a $2 million prize.

Those four, though, weren’t the biggest winner on the night.

For just the second time since Powerball started it in August, someone matched all six numbers on the Powerball Double Play second drawing. A ticket sold in Florida matched the numbers of 4, 6, 7, 10, 30 and the Powerball of 9.

The Double Play prize for matching the second drawing is a flat $10 million.

Florida is one of 13 states where Double Play tickets are available. The cost is $1 per play. Other states currently participating in the second drawing are Colorado, Indiana, Maryland, Michigan, Missouri, New Jersey, Pennsylvania, Puerto Rico, South Carolina, South Dakota, Tennessee, and Washington.

Hours earlier, as the new year had just begun, Powerball announced that Brian Mineweaser from Honey Brook, Penn., was the winner of its annual First Millionaire of the Year. He was announced the winner during the Dick Clark’s New Year’s Rockin’ Eve with Ryan Seacrest live broadcast.

The POWERBALL game produces hundreds of million-dollar winners every year, but to capture one person’s winning moment as it unfolds on live television at the top of a new year is something spectacular,” said May Scheve Reardon, Powerball product group chair and Missouri Lottery executive director said in a statement.

Mineweaser was one of five finalists. All five received a prize package that included $10,000, a 70-inch television, and other items to help them throw a New Year’s party.