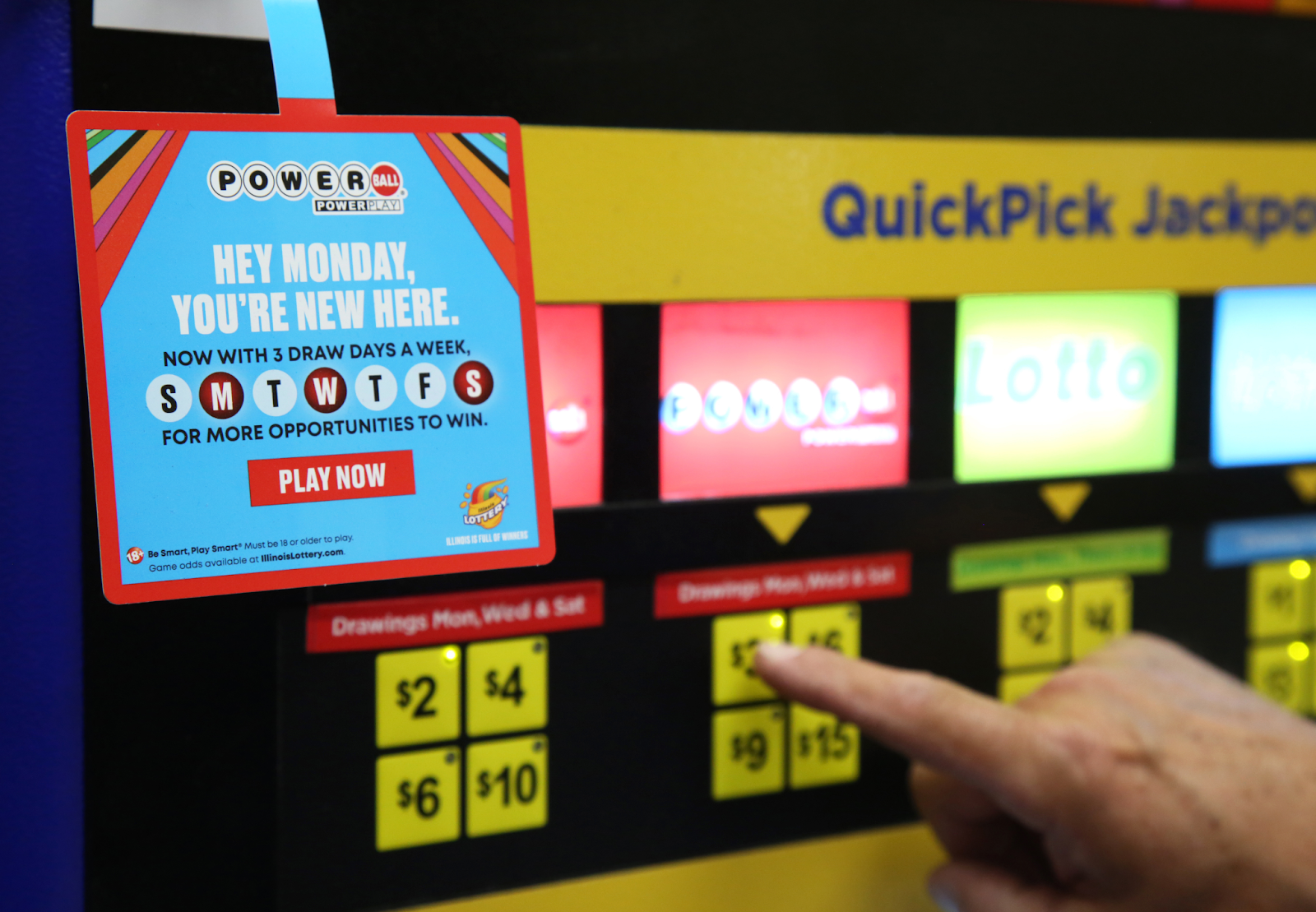 Powerball Turns 30 This Weekend as Jackpot Grows to $400M

For the first time since the first week of the year, the Powerball jackpot for Saturday night’s drawing is worth $400 million.

A Powerball player purchases a quick pick ticket for a drawing in Illinois. As the multi-state game celebrates its 30th anniversary, the current jackpot now stands at $400 million for Saturday night’s drawing. (Image: Illinois Lottery)

No one has won the multi-state lottery jackpot since Valentine’s Day. That’s when an anonymous ticketholder in Connecticut claimed the $123.9 million cash option for the $185.3 million drawing.

Saturday’s jackpot is also the largest since the beginning of the year. On Jan. 5, tickets in California and Wisconsin shared the $632.6 million prize, the seventh-largest in Powerball history.

The cash value for Saturday’s jackpot is $240.8 million, or winners can elect to take the full amount paid in 30 installments over a 29-year period.

Based on a review of data compiled by LottoReport, sales tend to increase significantly when a Powerball grand prize hits $400 million.

The last time it hit that threshold was for the Christmas Day drawing. The Dec. 22 drawing for a $378 million jackpot generated $37.3 million in sales, and sales for the $400 million holiday drawing escalated to $62.8 million, an increase of more than 68%.

This weekend also marks the 30th anniversary of the first Powerball drawing, which occurred on April 22, 1992.

According to game officials, there have been nearly 1.75 billion prizes claimed over the last 30 years. That includes 393 jackpot winners who have claimed a cumulative $25 billion. That includes a world record $1.59 billion jackpot claimed in 2016.

Besides the jackpots, Powerball has also given out nearly 3,000 prizes of $1 million or $2 million over its run.

For 30 years, Powerball has been America’s jackpot game,” May Scheve Reardon, Powerball product group chair and Missouri Lottery executive director, said in a statement. “We want to thank our players who have joined us on this journey and dreamed of winning Powerball. Every Powerball ticket purchased has raised money to benefit good causes supported by US lotteries, such as education, veterans, senior citizens, and environmental conservation.”

Powerball has generated $27 billion in funds for the states and jurisdictions where the game is available. When the jackpots are combined with smaller prizes, the total amount awarded to players has been about $48 billion.

How and Where to Play Powerball

Saturday’s drawing is set for 10:59 pm ET. Check with the participating lottery to determine when it cuts off sales for the drawing.

Powerball is available in 45 states, as well as the District of Columbia, Puerto Rico, and the US Virgin Islands. The only states where you can’t buy a ticket are Alaska, Alabama, Hawaii, Nevada, and Utah.

Tickets for the game are $2 each. For an additional $1, players can add a “Power Play” that multiplies any non-jackpot winning ticket. In select states, ticket buyers can get a “Double Play,” which makes their numbers eligible for a second drawing that caps out at $10 million.

Powerball drawings are based on two pools of numbers. Players pick any five numbers from the first pool, which goes from 1 to 69. In the second pool, players pick one number from 1 to 26. The odds to match all six numbers are 1 in 292.2 million. Players can also choose a quick pick, which randomly chooses numbers for them.