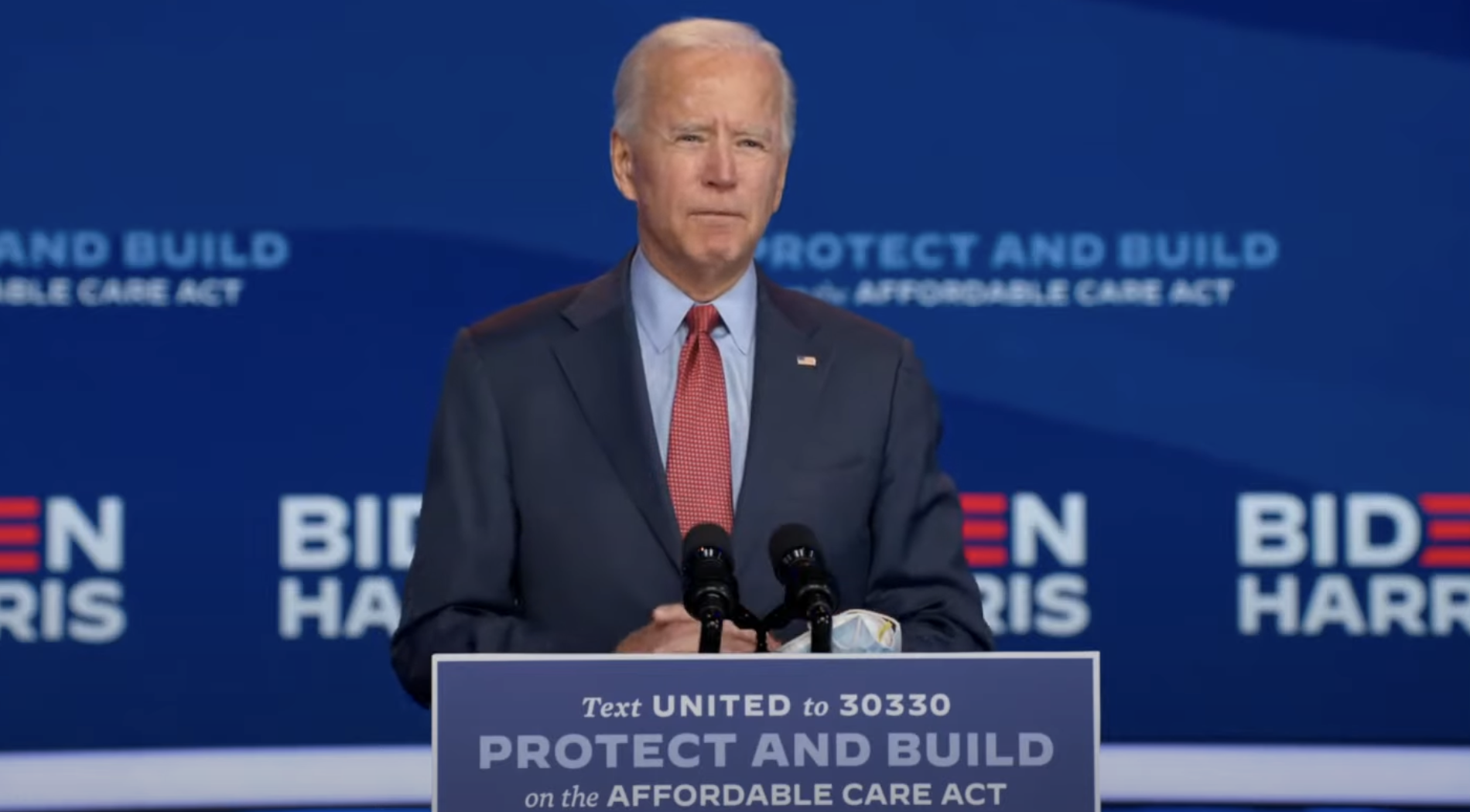 Three weeks after PredictIt and others filed a lawsuit against the US Commodity Futures Trading Commission (CFTC), the political futures market operator and those who use it filed Friday for a preliminary injunction against the federal regulator’s order requiring it to liquidate all of its open markets by February.

President Joe Biden, then a candidate for the office, speaks at an October 2020 campaign event in Wilmington, DE. On Friday, PredictIt and other plaintiffs in a lawsuit against the CFTC filed for an injunction that would allow the political futures trading operator to continue its 2024 presidential trading markets and other markets that the CFTC has ordered to be liquidated by Feb. 15, 2023. (Image: JoeBiden.com/YouTube)

The motion, submitted in the US District Court for the Western District of Texas, seeks the suspension of the CFTC’s Feb. 15 liquidation date for all of PredictIt’s outstanding markets. That includes markets for political events in 2024, such as the presidential election.

That particular mandate, requiring premature liquidation of 2024 election contracts and others, is already causing unnecessary and damaging disruption, distortion, and dislocation in those markets,” the motion states. “Because the economic damages to Market investors are being caused by a federal Government action, sovereign immunity and other principles will make it difficult to recover these damages later, rendering the harm irreparable.”

PredictIt also wants the ability to add contracts to a market that was in place on Aug. 4, the date when the CFTC notified Victoria University of Wellington that PredictIt’s “No-Action” letter was being revoked. An injunction covering that would allow PredictIt to list contracts for new candidates who have emerged in races currently offered on the site.

PredictIt is joined in the lawsuit by two college professors who use the market for research purposes and two investors who say the CFTC’s decision will cause them harm as they own shares in markets set to close after the Feb. 15 date.

According to a supporting memo submitted with the motion, up to 75 markets would not expire by the CFTC’s Feb. 15, 2023, liquidation deadline, and nearly 14,500 traders have contracts in those markets.

“Traders are attempting to salvage their investments, either by withdrawing their assets from the Market entirely or attempting to predict what the prevailing belief about the outcome of events will be on the cut-off date, rather than what the outcome will actually be,” the memo stated.

Aristotle International, a technology provider and consultant for political campaigns and the parent company of PredictIt, is also a plaintiff. The memo states Aristotle partnered with Victoria University to establish the political futures trading market and invested more than $7 million in its operation. PredictIt also employs 25 full- and part-time workers.

One issue PredictIt and the other plaintiffs do not seek to handle through the injunction is the ability to offer new markets.

“The Plaintiffs also challenge the Commission’s decision to close the Market and bar the issuance of contracts on brand new topics but will seek relief on that issue in the normal course through summary judgment proceedings,” the motion for the injunction said.

In October 2014, the CFTC issued a no-action letter to Victoria University that allowed PredictIt to offer political futures markets, but the federal agency included several stipulations, such as limiting individual investments and the number of traders for each contract.

In its August letter, the commission said PredictIt violated the terms of the letter but did not indicate which specific criteria it considered were broken.

A footnote in the memo indicated that some CFTC officials “orally communicated their view” that some markets PredictIt offered, such as the passage of legislation or who would become a Supreme Court nominee, went against the no-action letter. However, the plaintiffs noted Victoria University’s 2014 proposal called for offering markets on elections “and other significant political questions” not tied to war, terrorism, or assassination, items which federal law specifically prohibits.

“This explanation for the Revocation decision is written down nowhere. But, to the extent that this is the basis for the agency’s mandate to close the market, it is arbitrary and capricious,” the plaintiffs stated.