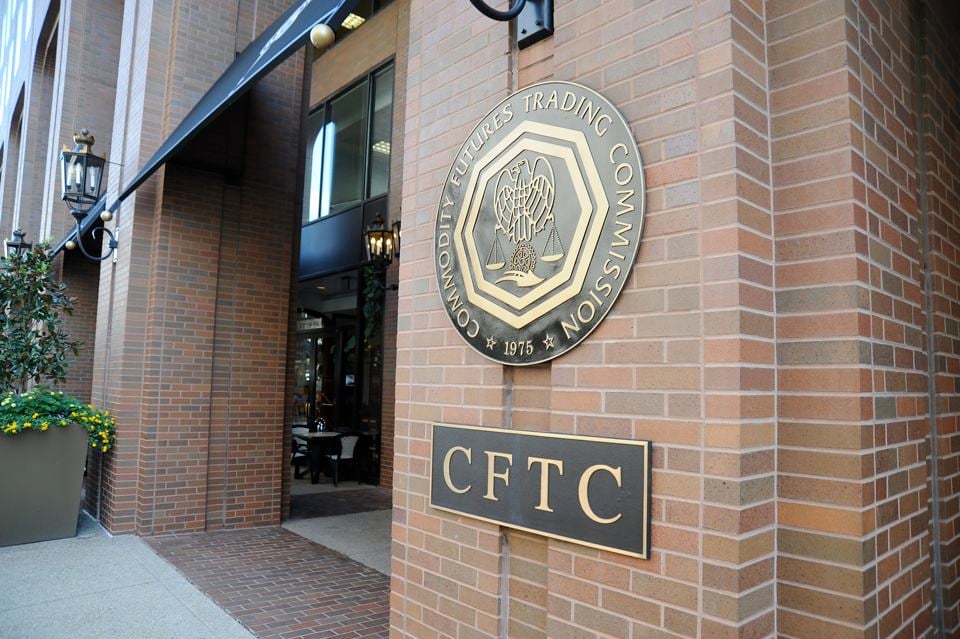 The Commodity Futures Trading Commission building in Washington, DC. On Thursday, the federal agency notified PredictIt that it was pulling its “no-action” letter, a move that prompted the online political futures exchange to halt new markets immediately. The CFTC wants the exchange shut down by Feb. 15, 2023. (Image: CFTC)

In an online statement addressed to traders, PredictIt said it would continue to operate through Feb. 15, 2023, the deadline the commission set to liquidate all open markets.

The CFTC, in a public statement posted late Thursday afternoon and in a letter to the Victoria University of Wellington, said the New Zealand-based college that operated PredictIt as a project “has not operated its market in compliance with the terms” of the Oct. 29, 2014, letter allowing the exchange to operate.

The no-action letter allowed PredictIt to operate a political futures exchange without the fear of federal action aginst it. The commission’s Division of Market Oversight did so contingent on PredictIt adhering to nine stipulations. Those guidelines included the exchange must operate on a “small-scale” and as a nonprofit entity for only academic and research causes. The CFTC also mandated PredictIt could only charge fees to cover “basic expenses.” It also required a third-party know-your-customer vendor to conduct due diligence checks on registered traders.

PredictIt defended its operations in its note to traders.

PredictIt maintains that all open markets are within the terms of the No-Action letter,” the exchange stated. “We know our PredictIt community is incredibly strong and committed to this project.”

The CFTC’s letter from nearly eight years ago also stated that no-action letters can be subject to modification, suspension, termination, or other action from the commission’s DMO.

Messages seeking comment to the CFTC and Victoria University were not immediately returned late Thursday afternoon.

While the exchange will not open any new markets, PredictIt said it would continue to take deposits and allow new traders to register. It also said that all requests for withdrawals would still be honored and that “the security of trader funds” would not be impacted by the CFTC’s decision.

Existing markets set to close before the Feb. 15 deadline would continue to operate in the same manner. PredictIt officials added that no decision had been made regarding markets set to end after the deadline, such as those tied to the 2024 US presidential election.

Hours after the announcement, Keenedawg, a host of the Star Spangled Gamblers podcast, tweeted out a link to a portal set up by PredictIt officials allowing traders to send a message to the CFTC about its decision.

Please take 5 MINUTES to write your comments to the @CFTC at the link BELOW.

If you have invested time & money to earn on @PredictIt, then you must invest the 5 minutes TODAY to support their continued existence.

US Alternative to Political Betting

While betting on elections is allowed in several countries, and was recently introduced in Ontario, it’s not allowed for licensed US sportsbooks. An effort to allow it in West Virginia two years ago was pulled mere moments after regulators gave their initial approval due to objections raised by elected officials.

Over the years, PredictIt filled that void and built a solid following of traders wanting to have some action on presidential and other key elections.

PredictIt is not the only exchange offering markets on US politics, including elections, bills, and policies.  Kalshi offers similar markets, but it mostly focuses its political trading on economic issues, such as the price of gas or the monthly jobs report.