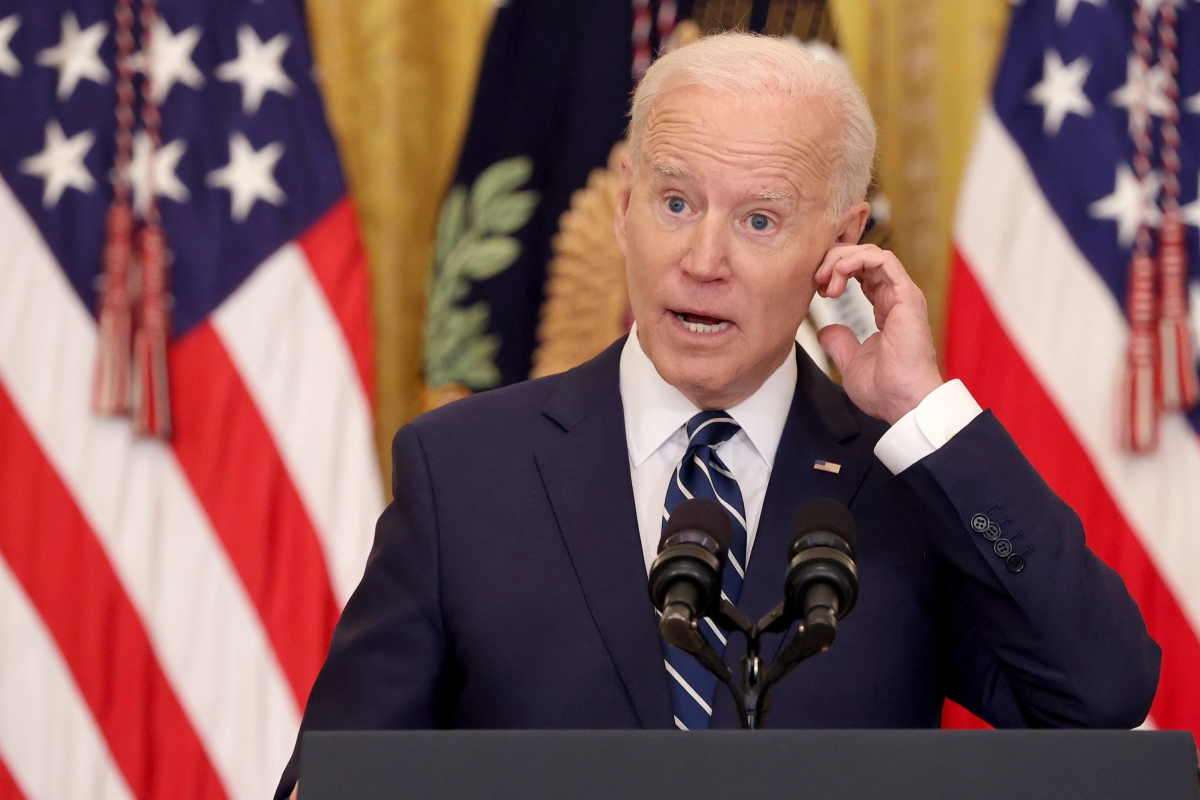 President Joe Biden continues to see his approval rating decline. And that’s only further lengthening the odds of him winning another four-year term in the White House come 2024.

The Associated Press revealed yesterday that its latest polling conducted with the University of Chicago’s National Opinion Research Center (NORC) found just 39% of US adults approve of Biden’s job performance. It’s the 46th commander-in-chief’s lowest job rating in his relatively short presidency. But at this time last year, the same poll concluded that more than 60% of adults approved of Biden’s presidential performance.

Only two in 10 adults said the country is heading in the right direction. And only 20% said the US economy is good. Soaring inflation, high gas prices, baby formula shortages, the Ukraine-Russia war, ongoing gun violence, and a persisting pandemic were all cited by poll respondents as reasons for their pessimism.

Political bettors are naturally losing confidence that Biden will be a two-term president.

PredictIt’s market asking who will win the 2024 presidential election opened last fall with Biden the front-runner. The president’s shares were tra.ding around 30 cents in September. Today, those shares are trading at 22 cents.

Former President Donald Trump has surged to the lead. His stock is now trading at 29 cents. Florida Gov. Ron DeSantis (R) is a close second at 25 cents. Vice President Kamala Harris is fourth at nine cents, and US Transportation Secretary Pete Buttigieg rounds out the top five at six cents.

Legal sportsbooks in the US cannot offer odds on political outcomes. But Brits have long fancied a wager on elections, and UK High Street bookmakers have for decades accepted action on US presidential races.

Trump hasn’t officially announced that he will run in two years. But all signs seem to suggest that he will. Speaking to Fox News’ Sean Hannity in September, Trump presumably tipped his hand.

This week’s all-important primary in Pennsylvania remains unsettled. While Pennsylvania Lieutenant Governor John Fetterman easily secured the Democratic Party ticket, the GOP race is likely set for a recount after television celebrity Dr. Mehmet Oz and private equity businessman and former Under Secretary of the US Treasury for International Affairs Dave McCormick ended in a near tie.

With votes still being counted, Dr. Oz maintains a 1,118-vote lead over McCormick. Pennsylvania election officials — still reeling from controversy from the 2020 election — say thousands of votes remain to be counted, most of which are mail-in ballots.

The formal outcome could be weeks away, as a margin of victory of 0.5% or less triggers an automatic recount in Pennsylvania. Currently, Dr. Oz has 31.22% of the GOP primary vote to McCormick at 31.14%.

PredictIt bettors feel Dr. Oz will prevail. His shares of winning the Republican ticket to take on Fetterman are trading at 92 cents.