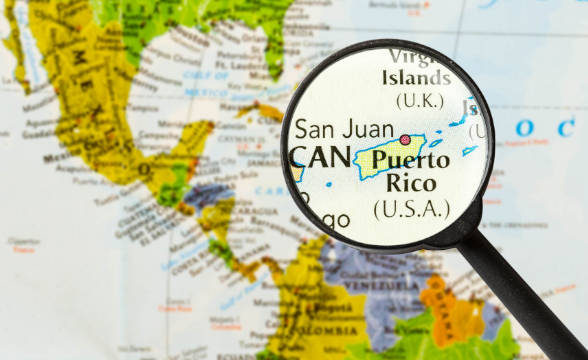 Puerto Rico Gaming Commission announced that it has imposed fines totaling $1.2 million on establishments since February due to the operation of illegal gaming machines. This comes in the middle of a controversy related to the director of the gambling regulator, Orlando Rivera Carrión, who has been subject to a federal investigation due to irregularities in his functions. The Union of Route Machine Operators (UNOMAR) repeatedly called for his removal.

The Puerto Rico gaming regulator, whose functions include controlling the slot machines, which violate the Law on Games of Chance, inspected and sanctioned 19 commerce establishments between February and April because of identified 221 unauthorized slot machines on their premises. The inspection operations began on February 4, 2022, when government inspectors made a surprise visit to Santurce’s Market Square and found slot machines in two stores.

Rivera Carrión commented that the Puerto Rico Gaming Commission would continue to struggle with illegal gambling activities, which were not properly licensed. He added that those commercial establishments, which violated the regulations, would face an administrative fine of between $5,000 and $10,000.

In the first inspection in February, the respective authorities identified in one of the commerce establishments 10 slot machines, which operated without license or label, and the shop was fined $50,000. The highest fine was imposed on a shop, located in Bayamón, in which the government inspectors found 60 illegal slot machines. It was sanctioned $300,000. Another shop in Bayamón was fined $110,000 because of the same violations.

Rivera Carrión stated that as part of its new transparency policy, the Commission would announce the results of its inspection operations and would point out the names of the commercial establishments, which comply with their duties, and the names of those, which violate the law.

During the inspections in Bayamón, Santurce, Río Piedras, Villa Palmeras, San Juan, among others, the Puerto Rico Gaming Commission identified many irregularities in the commercial establishments, including exceeded number of machines, which, per the regulations, is 10 machines per shop; and presence of working slot machines at a distance less than 10 meters in a betting outlet.

Higher Sanctions Instead of Seized Equipment

Rivera Carrión stated that as of now the Puerto Rico gaming regulator has not seized the illegal slot machines. However, if the government inspectors find that the establishments, which have been already inspected and sanctioned, do not comply with the laws and the slot machines are working again, new significantly higher sanctions will be imposed.

Recently, the Puerto Rico Gaming Commission issued a report, according to which the betting at slot machines in casinos in Puerto Rico doubled during the second half of 2021. Per the regulator, the gross income after the payment of the corresponding prizes to the winners was $179 million, which is almost a 100% increase compared to the prior year’s figure ($89.6 million).