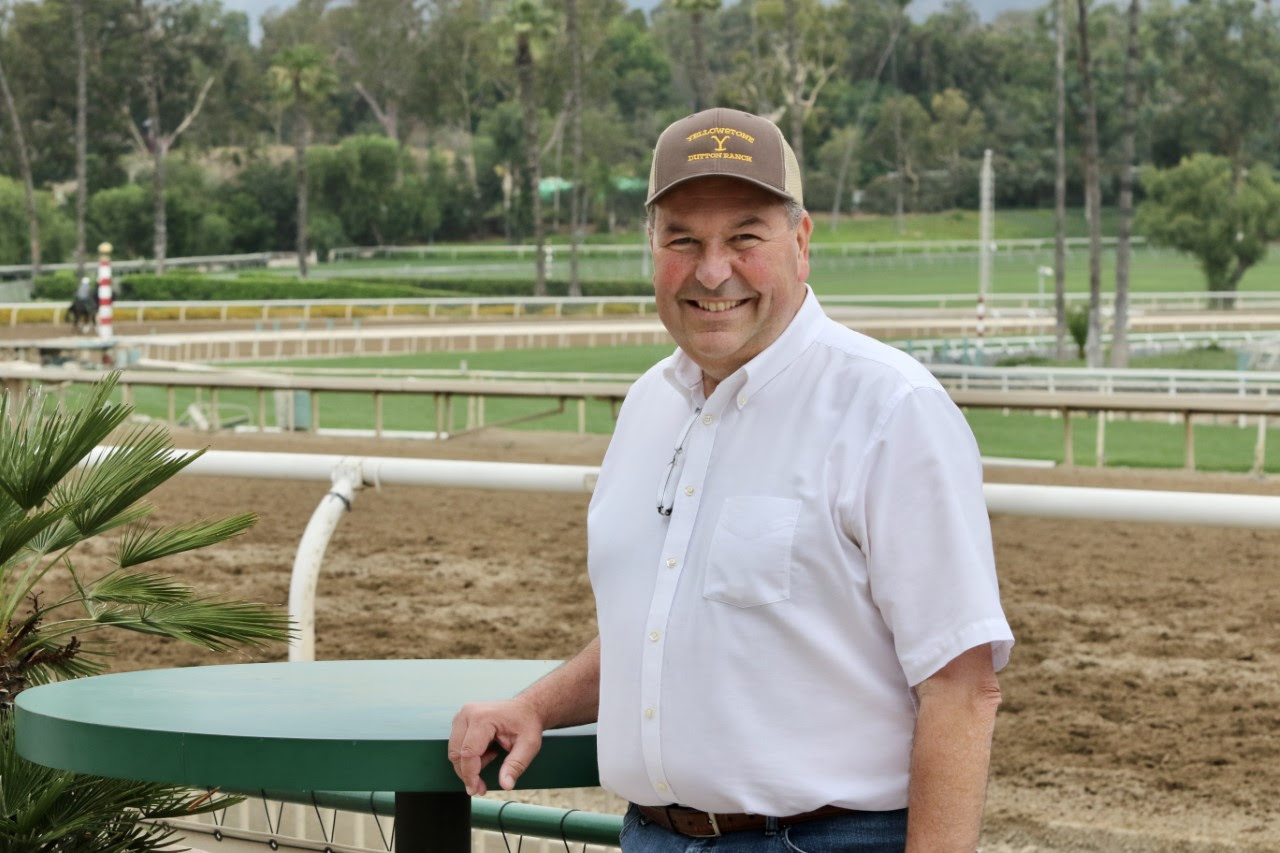 Under the direction of longtime trainer and newly turned agent Jack Carava, jockeys Tyler Baze and Kyle Frey are enjoying solid meets at Santa Anita through 69 racing days, dating back to Dec. 26.

With closing day fast approaching on June 19, Baze ranks third (winning at 12%) behind Juan Hernandez and Flavien Prat with 45 wins and Frey sits eighth (winning at 10%), with 29.

The parallels between the two riders are unavoidable.  Baze, 39, was America’s Eclipse Award-winning apprentice jockey at age 18 in 2001, while Frey, 30, took Eclipse apprentice honors at age 19 in 2011.  Additionally, both have experienced personal issues, serious injuries and have shifted their bases of operation at times throughout their respective careers.

Enter Jack Carava, 56, who was born into racing and operated a public stable for 35 years prior to becoming Baze’s agent in September 2020 and was hired by Frey in November, 2021. Well respected as a trainer and now as an agent, Carava shared his thoughts on both riders Saturday morning.

Both of your jocks have traveled similar paths. They’re both from racing families, they both enjoyed huge success early in their careers and they’ve experienced racing’s ups and downs.  It seems like they’ve both worked hard and maintained tremendous focus at this meet.  Is business increasing for both of them?

Yes it is. Tyler has always been a guy that’s been willing to put in the work in the mornings and I think that’s always kept his business constant.  His work ethic is tremendous.  Since I’ve had Kyle’s book,  I’ve seen him putting his best foot forward as far as really putting in the morning work.  You offer him workers in the morning and he’s always willing to get another one.  He’s really putting the work in and I think people really appreciate that.  Both guys have been working extremely hard, showing that great work ethic and I think it’s really paying off in the afternoon.

Through 69 racing days, Tyler’s won 45 races and he’s ridden 364 races at this meet, second only to Juan Hernandez.  It seems like Tyler is at his best when he stays busy, in the morning and afternoon?

Tyler is like the Energizer Bunny.  He’ll get on as many as you need in the morning, but as an agent, you gotta be careful about maybe doing too much. If he’s got a heavy work load in the afternoon, I try to cut back a little on what he’s doing in the morning. He gets on horses for a lotta different people and I think the thing about Tyler is that he’s a good horseman and from a trainer’s perspective, you can get a really good idea on how your horse is doing because Tyler is very good at working horses. He does not work them super fast or super slow…He seems to hit what trainers want, what they ask for.  As a result, he’s sought out by people in the mornings and the same can be said for Kyle. Kyle is a very good work rider. People are happy to put both of them on in the morning, because they don’t have to worry about them going too fast or slow.

Part of what has made Kyle successful has been the fact that he’s aggressive. He puts his mounts into the race. As a result, he’s had some riding suspensions to deal with and he’s had a couple suspensions earlier at this meet.  It’s always a delicate mix when you want your jock to ride to win, but he’s got to ride clean enough to stay out of the penalty box?

It is a fine line. When I first took his book, Kyle was having some issues with that. It wasn’t a dangerous situation, but maybe there was some over-aggression…Putting people in tight early in races. You know, old school race riding doesn’t fly in today’s day and age. He’s very conscious of that, he’s taken steps to improve that.  I personally watch all of his races every day, including the head-ons, and he’s doing a lot better. He’s giving people a little more room…He used to ride ‘the edge,’ where things were tight, it wasn’t anything beyond that. But when a horse moves one way or the other, and you’ve already made things a little on the tight-side, it’s easy to mess up…He’s giving people a little more leeway now and it’s resulted in fewer suspensions.  I’ve been very proud of the adjustments he’s made and they’re paying off.

As you know, our stakes races have been pretty light, in terms of numbers and that makes it tough on jockeys. How does your stakes business look with both jocks as we head towards the end of the meet?

I’m actually encouraged. Both Tyler and Kyle have broke maidens on some talented 2-year-olds and it looks like they’re going to be running on closing weekend. Tyler rode a nice Cal-bred filly for Jorge Periban named Tom’s Regret here and then he rode her at Churchill in a $200,000 stake against the boys and she won pretty impressively.  It looks like she’ll come back in the Fasig Tipton Debutante ($100,000 at five furlongs) on June 18 and Tyler will also have Blue Stripe in the Santa Maria (Grade 2, $200,000 at 1 1/16 miles) on June 18.  Marcelo Polanco trains her and she won the Santa Margarita here on April 30, so we’re hoping she runs well.  Tyler’s also very high on a filly of John Sadler’s named Kirstenbosch.  She’s won twice at the meet and she’s supposed to run in the Summertime Oaks (Grade 2, 1 1/16 miles) on June 12.  We haven’t had a lot of requests yet from people for that short meet at Los Alamitos (prior to Del Mar), but both Kyle and Tyler always have always had good business over there.

It’s been almost two years since you left training to become a jockey’s agent. What has this transition been like for you?

You see your same friends, same acquaintances every day, so that part of it hasn’t changed a whole lot. But obviously, you’re dealing with all of these people in a different way. I’ve been very happy with the way things have gone and I dealt with jock’s agents for a lot of years. I treat people, hopefully, like I wanted to be treated when I was training horses…Try not to be too much of a bother to them, but at the same time, we need to keep tabs on the horses that we ride and where they’re going to run back. So you want to stay out of their way, but at the same time, be ready to ride when they ask. You try to anticipate where horses are going to go next. A lot of time when the condition book comes out, people don’t want to be asked (right away) are you going here, here, or here? Usually, the way they put condition books out these days, so early, typically, their horse just ran within the last week or two…So they don’t want to be asked about running the horse back immediately but if you’re prepared and you know their horse will most likely be shooting for a certain spot, you can ask them as that race gets closer and kind of stay out of their way a little bit. That’s kind of been my M.O. and try not to be too bothersome to people.