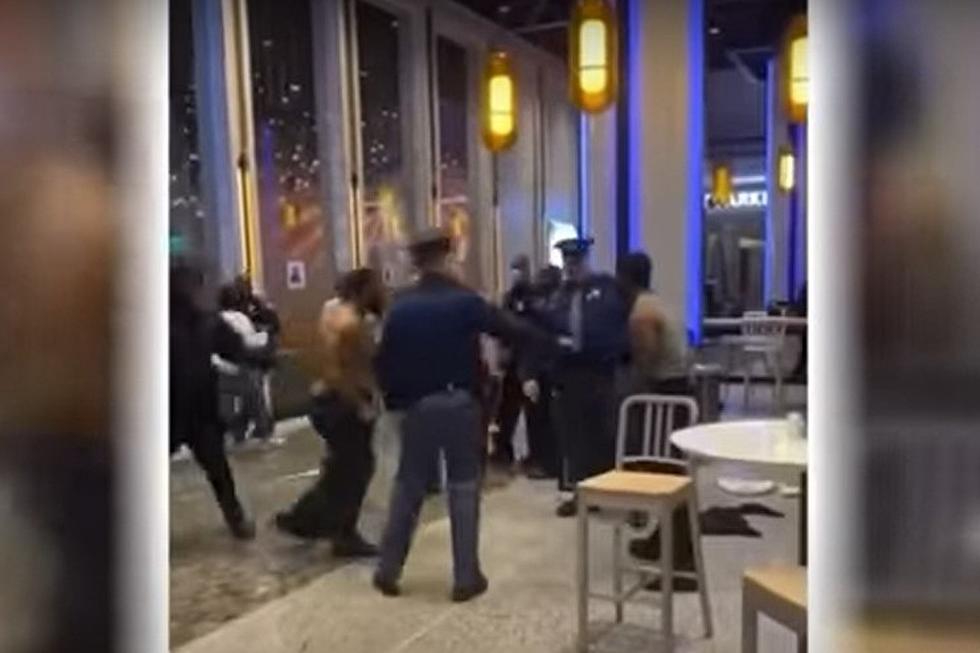 Video posted on social media of a massive St Patrick’s Day brawl at Detroit’s Greektown Casino shows two Michigan state troopers watching passively. The footage has prompted local media and businesses that were affected by the disturbance to question why police were so reluctant to intervene.

Around 30 people were involved in the ugly disturbance inside Greektown’s food court. The video only appears to show the periphery of the brawl. In it, a woman is thrown to the floor and a chair is thrown.

Towards the end, a man removes his shirt as he prepares to enter the fray. Fired up, he ignores state troopers who stand within a few yards of him, tasers drawn, but apparently unwilling to break up the fight.

No arrests were made in the immediate aftermath.

Previously, local media reported big crowds were descending on Greektown for the St Patrick’s Day festivities. Many were drawn by good weather and the NCAA Division I Wrestling Championships at Little Caesar Arena.

Shellie Lewis, owner of the nearby Old Shillelagh bar, told NBC affiliate Local 4 she wanted to see more accountability when laws are broken, and law enforcement needed to step up to the plate.

I don’t think there’s any prosecution when people are getting in trouble, so there’s no consequence for the actions,” Lewis said. “Chairs were thrown, there were normal people just sitting around where they could have been injured.”

But Michigan State Police (MSP) told Local 4 the state troopers were outnumbered and were wise not to intervene, potentially escalating an already violent situation. MSP said they escorted 15 people who had been fighting out of the casino, which is where their jurisdictions ends.

The troopers may have had in mind a similar violent disturbance that kicked off outside the casino in June. Several Detroit Police Department officers were injured and multiple arrests were made when fighting broke out among a large group of people. The chaotic scenes were also captured on video and posted on social media.

Local business owners are concerned about growing violence and lawlessness in Detroit’s entertainment district, which is increasingly becoming the scene of violence and shootings.

“The DPD has been stepping up its presence in the downtown area to help curb illegal activity and nuisance conduct that appears to be driving many of the recent incidents,” a DPD spokesperson said after the incident last June.

“Thirteen firearms were confiscated last night as a part of this effort,” the spokesperson added. “The DPD will be meeting with business owners ensuring that they are complying with noise, capacity, and other operational requirements.”