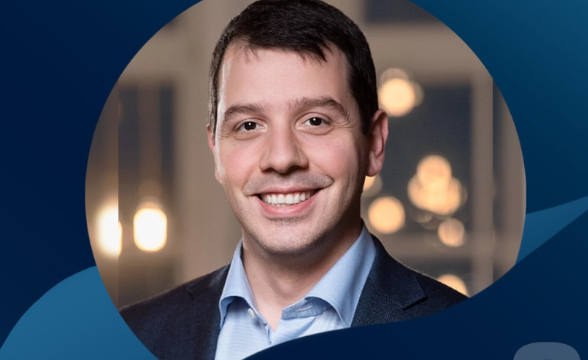 Swedish developer of innovative video slots Quickspin has appointed its current chief operating officer Panagiotis Chryssovitsanos as the new chief executive officer. Chryssovitsanos will this way step into the shoes of the company’s former CEO and co-founder Daniel Lindberg. The latter decided to leave the gaming studio after founding it over a decade ago.

Panagiotis Chryssovitsanos Is a Quickspin Veteran

Panagiotis Chryssovitsanos is a Quickspin veteran, having joined it almost a decade ago in 2013 as chief technology officer. He held on to the position until his promotion to chief operating officer came in 2019. He describes himself as “a person that thrives in an entrepreneurial environment” where he can use all the facets of his personality and know-how “to make a difference”. In his LinkedIn profile, Chryssovitsanos also speaks about his opportunities to work with “great people” in a number of management positions at “ambitious companies and exciting industries” over his long career. In the past two decades, he was engaged in all aspects of developing and managing a company, while gathering knowledge in a rich plethora of areas including the formulation and execution of strategies, personnel management, employment and business regulations, contract negotiation, leadership development, and others.

As chief technology officer for Quickspin, Chryssovitsanos was responsible for promoting the growth of the company by building a “strong production team” and setting up strategies. As a chief operating officer, he extended his previous role and took over Quickspin’s game studio, platform department, project management office, operations, and IT and compliance crews.

Chryssovitsanos also worked at Avalanche Studios as a studio and department manager and technical producer. Before that, he was a project lead developer for Rock Solid Studios and worked as a game developer for Paradox Entertainment.

Lindberg was Quickspin’s CEO since he founded the company together with Joachim Timmermans and Mats Westerlund in 2011. He described the experience as one that he is “incredibly proud of”, also mentioning the progress that the gaming studio made and the things that the team achieved over the years. He expressed his pride regarding the prestige of the company while describing the decision to switch over to “Jotis” (Chryssovitsanos’ nickname) as a “natural progression”. Lindberg also emphasized that he wanted to first make sure that all the “fundamental pieces for future success” would be well in place prior to leaving the company.

Chryssovitsanos referred to the numerous “opportunities out there” and mentioned he would “work tirelessly” pursuing the company’s shared vision, adding that “the best is yet to come”.