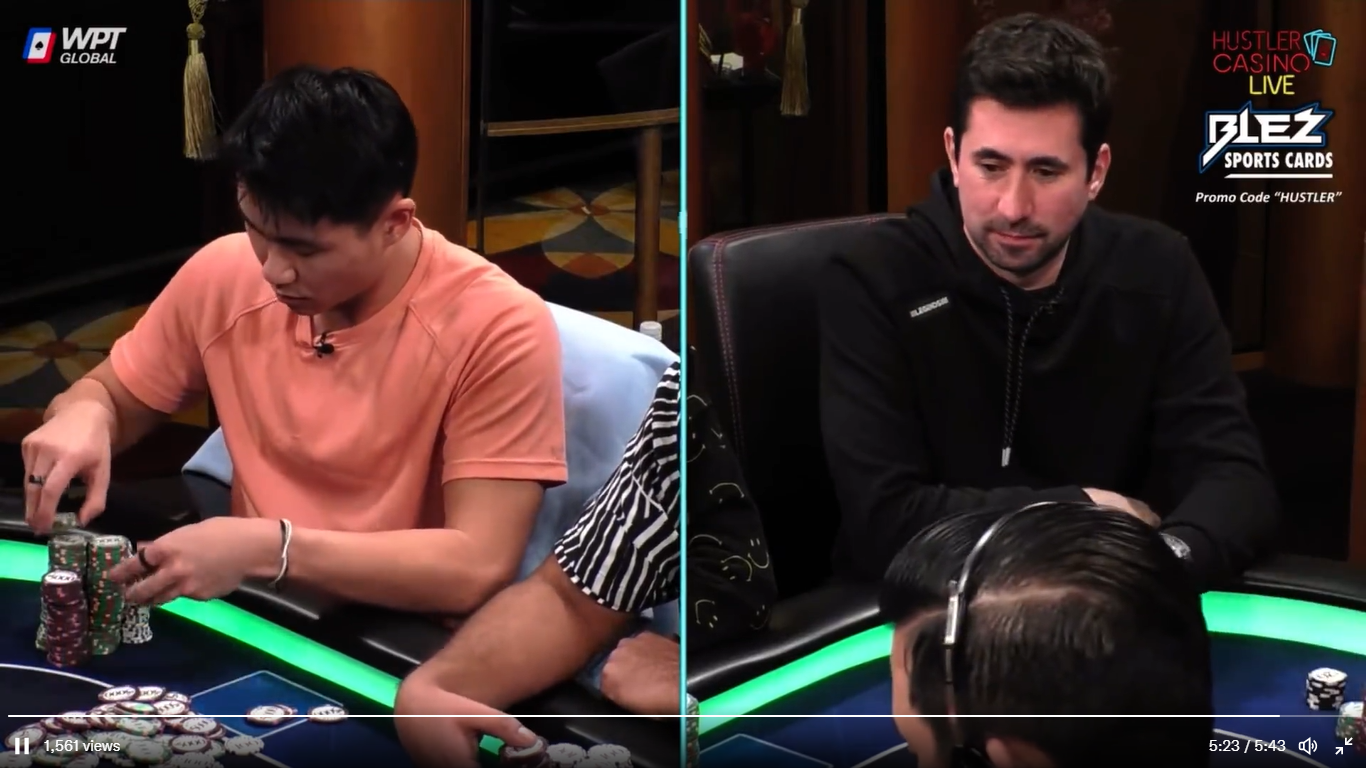 “Rampage” Pulled Off the Best Poker Bluff of 2023 (So Far, Obviously)

There’s an early frontrunner for Best Bluff of 2023, and although the play Ethan “RampagePoker” Yau made during Friday night’s Hustler Casino Live session likely won’t hold up throughout the year, it was still epic.

and was called by Yau’s

in a middle position, along with the

of “Prince Charles” in the cut-off before “J.R.” went for a three-bet on the button with

. With top pair and top kicker, after both opponents checked, J.R. made a continuation bet of $11,000.

Rampage, who picked up a gut-shot straight draw and had two over cards to the board, went for an ambitious check-raise to $35,000. That eliminated one player, but J.R. wasn’t going anywhere with top pair. The turn was the

, pairing the board, and the bluffer again ripped out a bet, this time for $33,000, which again received a call.

appeared on the river, double-pairing the board, the poker vlogger had two options — check and surrender the pot, or empty the clip. He chose the latter, ripping out a wager of $120,000 into a pot of $165,000 with nothing but king-high. After some thought, his opponent folded the best hand.

Rampage, who sold much of his action on Stake Kings, originally bought in for $200,000 and was up about $160,000 in the black at one point. But he became too attached to pocket kings and lost a $333,000 pot against the flopped trips of “Blank Check Ben,” one of the many Hustler Casino Live regulars at the table Friday night.