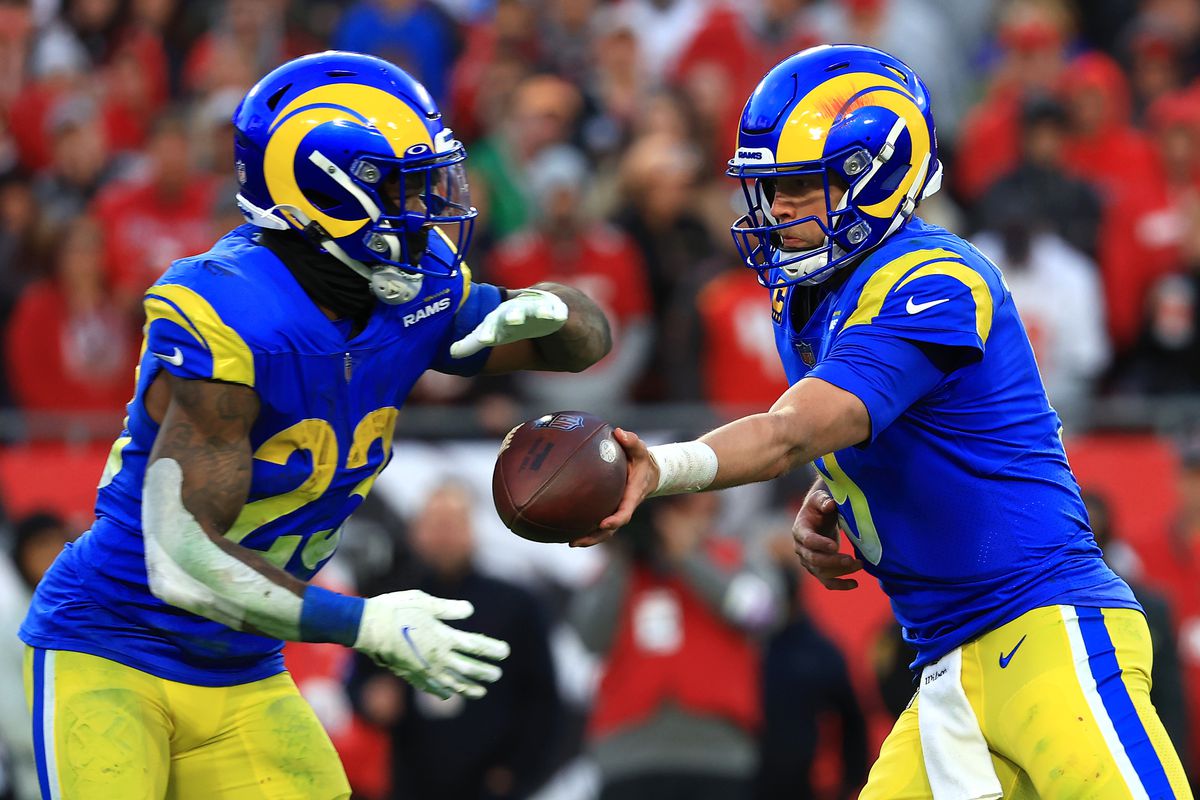 Rams to be ‘Road’ Team at SoFi

Akers and the rams are in Super Bowl 56

Cincinnati would get to use the Rams’ locker room if they wanted, but the word is that the Bengals plan to use the Chargers locker room, allowing the Rams to use their regular room.

The Bengals also get to choose which uniform colors to wear, dark or white jerseys, leaving the opposite for the Rams. Los Angeles however, as the away team, gets to call the coin toss. However, the team winning the toss has lost each of the last seven Super Bowls, so look for L.A. to try and lose that one perk of being the ‘road’ team.

As far as an actual home-field advantage, the Bengals don’t seem to be enjoying much of one. They opened as 3½-point underdogs on NFL odds’ boards, and have since been faded by the betting markets. They are now catching 4½ points ten days out from the game.

O’Connell and Morris are a little preoccupied at the moment, but the pursuit of Harbaugh has no Super Bowl hurdles in the way. He will be in the Twin Cities Wednesday for a face-to-face interview. Harbaugh and Minnesota spoke Saturday, with both sides gauging the interest of the other. There was sufficient progress there to continue the conversation.

Harbaugh last coached in the NFL in 2014, the last of his four seasons in San Francisco. Harbaugh and the 49ers won the NFC Championship in 2012. New Vikings’ general manager Kwesi Adofo-Mensah was in the 49er research department during that run to the Super Bowl.

O’Connell and Morris can’t be hired until after the Super Bowl, and the word from new Giants’ coach Brian Daboll is if Graham isn’t the Vikings’ next coach, he’ll still have his job in New York.

The rebuild in New Orleans is going to be significant, as the team is still without a proven quarterback, the salary-cap situation is a mess and for the first time in 16 years, Sean Payton isn’t the coach.

The first order of business is to find Payton’s replacement, and a number of candidates have emerged. Former Eagles’ head coach Doug Pederson, a Super Bowl winner after the 2017 season, interviewed with the Saints Sunday.

It’s no surprise, since the writing’s been on the wall since the 49ers drafted Trey Lance in 2021. Jimmy Garoppolo is not going to be the quarterback for much longer. Even though he just came within a game of taking the Niners to a second Super Bowl in three seasons, he may be gone as soon as next season.

Head coach Kyle Shanahan has declined to address the future quarterback situation, but Garoppolo did in the emotional locker room after the loss in the NFC title game.

“We’ll see what happens in these next couple days, weeks, whatever, but I love this team.”