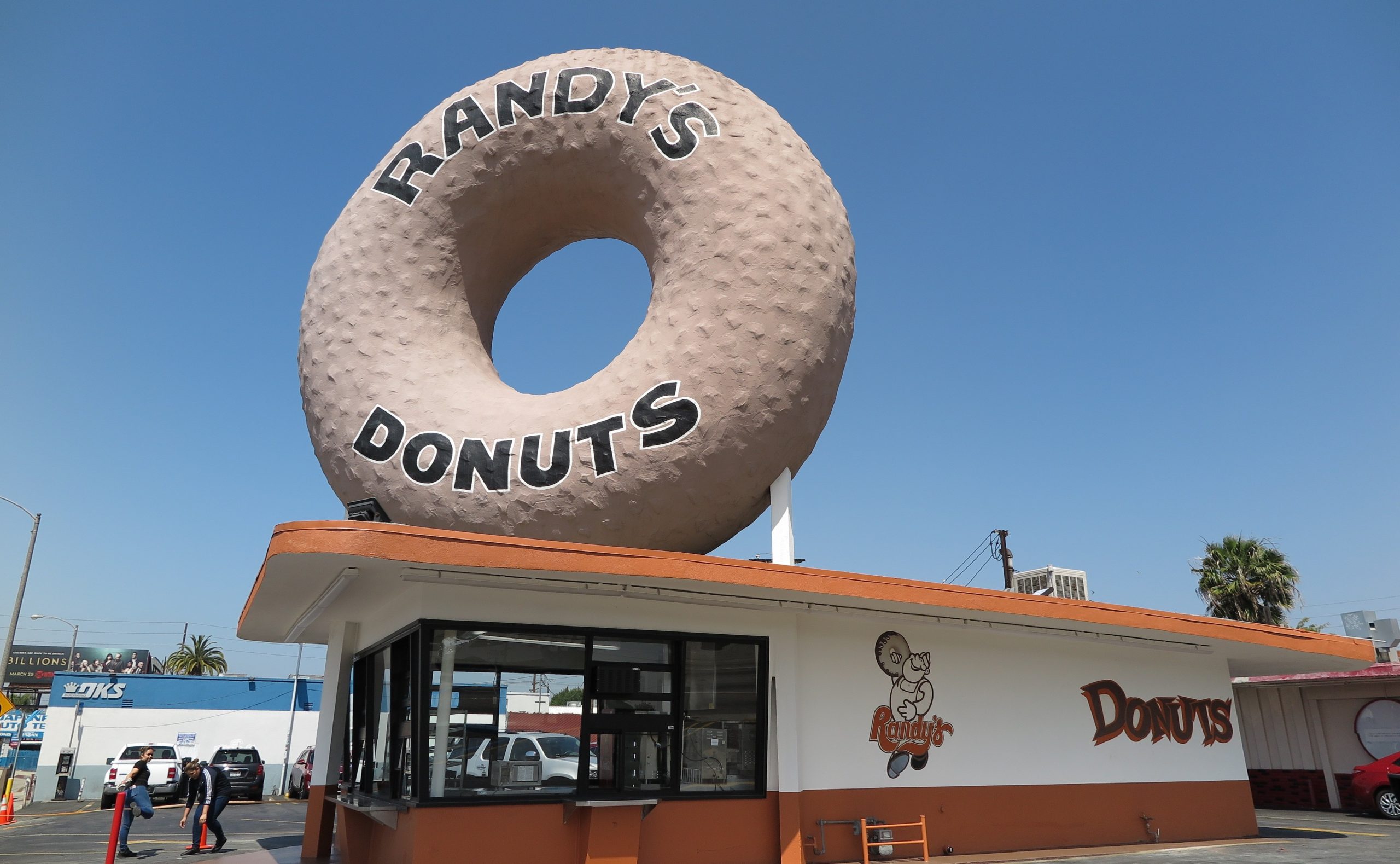 Randy’s Donuts, the most recognized donut shop in the world, will open its first of seven Las Vegas locations on Tuesday, Aug. 16.  Fans of the iconic brand need only travel five miles west of the Stratosphere to 2170 S. Rainbow Blvd. Or they can just follow the giant donut sign.

Randy’s Donuts opened in its current L.A. location in 1952 as part of the Big Do-Nut Drive-In chain. Randy’s will open its first of seven Las Vegas locations on Aug. 16, 2022. (Image: Randy’s Donuts)

“People know us from our giant doughnut in their favorite movies and TV shows, but people love us because we have delicious donuts we’ve been making from the same recipe for 70 years,” owner Mark Kelegian said in a press release, noting that Randy’s serves nearly 60 different varieties of classic, deluxe, fancy and premium donuts.

Las Vegas will be the first major US expansion for the brand out of Southern California, where it currently operates in Inglewood, El Segundo, Santa Monica, Torrance, Downey, Burbank, Pasadena, Costa Mesa, Santa Ana, Riverside and Bakersfield.

According to the press release, anyone showing up on opening day of the Las Vegas  location will receive a free raised glazed doughnut.

Randy’s Donuts began as a chain of 10 Big Do-Nut Drive-Ins established around L.A. in the early 1950s by doughnut-machine salesperson Russell Wendell. The giant doughnuts were inspired by the novelty architecture popular in L.A. in the 1920s and 1930s.

That movement saw entire buildings erected in the shapes of the items that were sold there. Coffee shops shaped like giant coffee cups, for instance, not only became instant landmarks, but also advertised the businesses to nearby motorists without the perpetual expense of a billboard.

First But Not Famous

Wendell’s original giant doughnut sign still stands at 10003 Normandie Ave. in South Central Los Angeles, where the location opened in 1951. It has read “Kindle’s Donuts” since Wendell sold the shop to an operator named Gary Kindle in 1977.

But this is not the giant doughnut that went on to fame and fortune. That one topped Wendell’s second location, opened in 1952 at 805 W. Manchester Boulevard in Inglewood. Its hundreds of movie, TV and music video credits include the 2010 film “Iron Man 2,” in which Robert Downey Jr.’s character enjoys a snack inside the doughnut hole.

Wendell sold off his doughnut empire in the 1970s to enter the taco game. His Inglewood location was purchased by Robert Eskow in 1976 and renamed Randy’s after his son. Two years later, Eskow sold the location to his cousins, Ron and Larry Weintraub. They decided to keep the name and market it to film and TV producers.

When the brothers retired in 2015, they sold the location for a reported $2 million to Kelegian, an attorney and entrepreneur with plans to expand the brand worldwide. In addition to Southern California and the upcoming Vegas locations, Kelegian has so far opened locations in South Korea and Saudi Arabia.