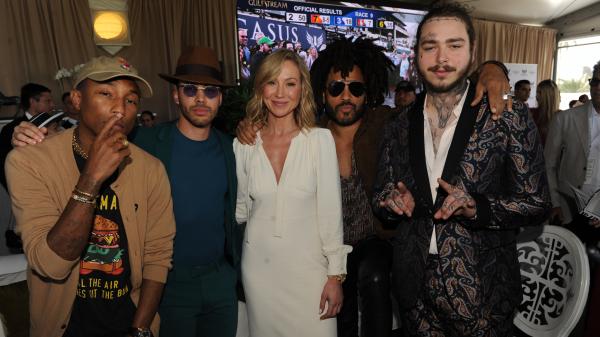 Major musical acts are a staple at events like the Super Bowl and the NBA All-Star Game but, for years, if you wanted to catch a buzz-worthy performance at a racetrack, you’d have to go to the Preakness Stakes – the second leg of horse racing’s Triple Crown.

That changed in 2017 when the same people who run the Preakness (1/ST Racing) decided to bring an elevated experience (no shade if you love day-drinking and playing in the infield mud at Preakness) to the South Florida in the form of the Pegasus World Cup.

The 2022 Pegasus World Cup, coming up on Saturday, Jan. 29, at Gulfstream Park, will again deliver on A-list musical talent to go along with day’s lineup of world-class racing. This year’s entertainment portion of the Pegasus delivers on its intended “legends” theme with a cast that’ll bring you back to the late 1990s – even if you weren’t alive back then. Slated to perform are hip-hop icons Ja Rule, Lil’ Kim, and Mase, as part of DJ Cassidy’s acclaimed “Pass the Mic” series.

Since I’ve been fortunate to take in the Pegasus World Cup – both the racing and music – over the years, here’s my list of the three most memorable musical acts. This list, of course, will probably get a shakeup after this year’s event, which has the potential to blow away any musical performance we’ve ever seen at a racetrack.

In the house that day were established musical royalty Pharrell Williams, Lenny Kravtiz, Ludacris, and Jermaine Dupri, but it was a then up-and-coming Post Malone that stole the show. I’ll admit, I hadn’t heard much of his music up to that point, but you’ve got to give the event organizers credit for booking Post Malone as the headliner of the Pegasus World Cup just as he was beginning to blow up. Only a few months prior, he’d released his hit “Rockstar” and I’ll never forget the energy in the air near the stage from literally the first words he uttered on stage to the last note that night. It was one of the cooler performances I’ve seen anywhere, and it was made even more special in that the setting (the top of the stretch at Gulfstream) was both unique and intimate.

Racing fans might remember this rainy revival of the Pegasus World Cup as the year City of Light and Bricks and Mortar won the featured races. But if you were in attendance at Gulfstream you’d probably also know it as the “Snoop Dogg” year. From the moment he stepped on Pegasus’ patented “celebrity blue carpet” to him calling “Rider’s Up” before the big race, a buzz followed Snoop around the track. Then, Snoop absolutely crushed it while performing in the LIV Stretch Village after the races. He made waiting out the rain that day well worth it.

THE ONE I WISH I HAD BACK

This was one that I was on-site for but I wasn’t able to make the show after the races – and boy, do I regret it. I’ve seen several videos from that night and the images could’ve been pulled from any major outdoor music festival filled with a sea of well-dressed, free-spirited fans loving every second of a show headlined by T-Pain and Nelly. Among those in attendance were a who’s who of major celebrities including Jennifer Lopez, Alex Rodriguez, and Vin Diesel.