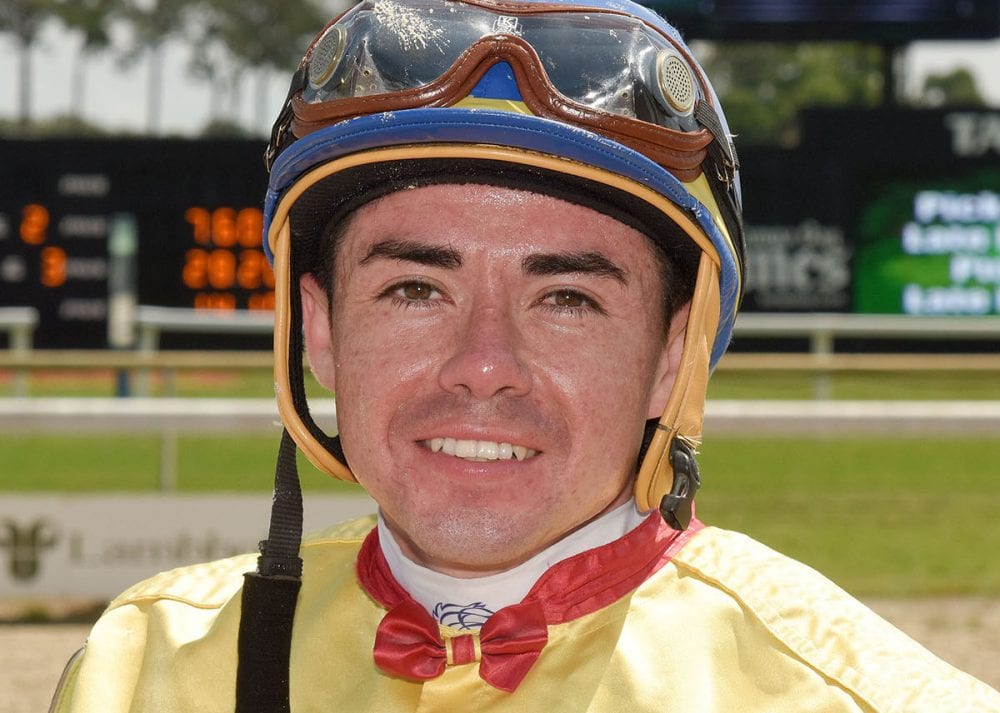 Raul Mena returned home Sunday, four days after suffering a fractured left femur when he was unseated from his mount on the turn for home in a race on the Tampa Bay Downs turf course in Oldsmar, Fla.

The day after the incident, the 30-year-old Chilean jockey underwent surgery at Tampa General Hospital to reset the fracture and have a titanium rod inserted with screws to keep the bone in place. He is able to get around the home he shares with his wife, Jaqueline, with the help of a walker.

“I’m still experiencing some pain, but I’m happy that it wasn’t worse,” Mena said. “I’m very positive about the future. I might be ready to exercise horses in a few months, but I’m not putting pressure on myself to come back too soon.”

Mena retains his sense of humor after the accident. “That was the only bone I hadn’t broken before, so now I’m complete,” he said.

“I understand what happened is part of the game,” he added. “We (the jockeys) all try to take care of each other, but things happen.”

Mena’s horse, 4-year-old filly Hurry Up Dear, bumped another horse and stumbled, nearly falling herself and tossing Mena to the turf. The impact caused the bone to break, and Mena was attended to by paramedics before being transported to Tampa General.

Hurry Up Dear was able to complete the race without a jockey and returned to the backside unscathed.

Mena, who rode at Aqueduct in New York last winter, finished sixth at Delaware Park earlier this year with 39 winners. He missed three weeks in October after having his appendix removed.

He had one winner locally from 14 starts, with a second and four thirds. He has ridden 298 winners since coming to the United States from Chile in 2015.

Mena is appreciative of the large volume of calls and messages he has received from well-wishers since his accident, as well as the support he has received from the Jockeys’ Guild, Tampa Bay Downs and, of course, Jaqueline. “This is not the first time she has had to take care of me,” he said.