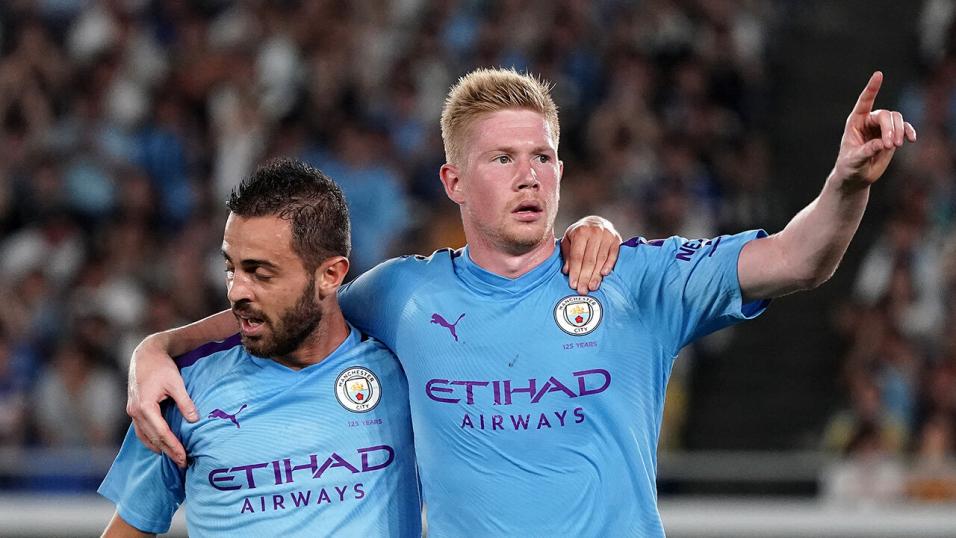 Will we see a repeat of first-leg classic?

Real Madrid host Manchester City in the second-leg of their Champions League semi-final, with the match perfectly poised.

City won the first-leg 4-3. They dominated the game for long periods and could have scored more goals, but Real Madrid would not give in and were always dangerous on the break.

Now with home advantage, Real will look to overcome the deficit. They do so having secured the La Liga title over the weekend, with a 4-0 home win over Espanyol. This victory came despite Carlo Ancelotti heavily rotating his squad, to keep things fresh for the crucial clash with Chelsea.

Among the players selected by Ancelotti were their veteran left-back Marcelo and midfield enforcer Casemiro. Both players will now be in contention to start against Manchester City, as Ancelotti looks to tighten up a team that conceded too many chances against the reigning Premier League champions.

Manchester City are locked in a titanic battle to retain that Premier League title. On Saturday they also won by a 4-0 scoreline, as they beat Leeds on the road, to maintain a one point lead over Liverpool.

Pep Guardiola also indulged in a fair bit of tinkering in that match, leaving the likes of Kevin De Bruyne, Bernardo Silva and Riyad Mahrez on the bench. He too will be looking to tighten things up, with his side having kept clean sheets in eight of their last nine away games (W7 D2).

The desire to not concede is one thing, but doing so is another matter. With both teams having so many great attacking players, it’s hard to imagine that the goals won’t flow again.

Benzema will be involved again

With the first-leg having seen seven goals shared between the two sides, it’s no surprise to see that both teams to score is a relatively short price at 4/9 on the Sportsbook. That’s where we’ll start our Bet Builder, with that wager landing in each of Madrid’s last four Champions League games.

Over 3.5 goals has also landed in each of Real’s last four Champions League games and is available at the relatively big price of 5/4. That’s a tempting addition, but we’ll play it safer and go for over 2.5 goals at 4/9.

Karim Benzema scored two of the three goals for Real Madrid last week. He was only the seventh favourite to find the net in the first-leg, but in the return is rightly favoured to add to his tally of 42 goals in as many games, which includes 14 goals in ten Champions League appearances.

There are a range of options involving Benzema. We’re going to go for him to either score or assist, at odds of 8/11. That completes a Bet Builder treble paying out at 2.3611/8.

2022-05-03
Previous Post: What Would I Be Doing?
Next Post: Las Vegas Palms First Tribal Casino in Vegas! • This Week in Gambling